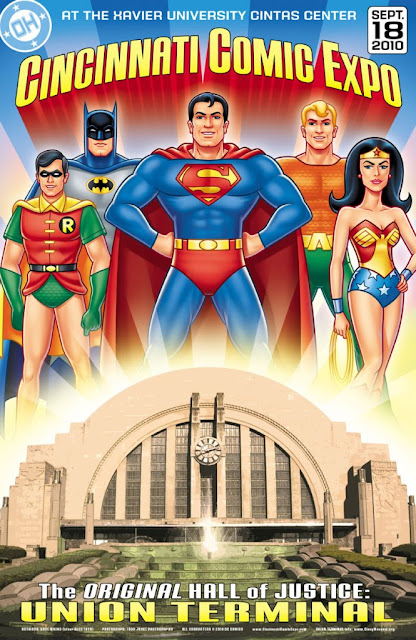 The Cincinnati Comic Expo has announced dates and basic plans for next year and I highly recommend you fit it into your schedule for 2013. This will be the 4th year in a row for this show and every single year it's grown, expanded and offered a better mix of newer and classic creators and guests alike. In case you missed it, this year presented the first ever reunion of the four SWAMP THING artists who literally changed the course of comics history with Alan Moore in the eighties. The SWAMP THING tables were never without long lines and artist Stephen Bissette--who had long since given up on Cons--has written extensively about how much he enjoyed his Cincinnati visit!

In my case, I really don't get out much anymore, both for monetary and health reasons, but I made a point of getting to the Expo and it was more than worth it. I'll be there next year and I hope you'll make it a point to be, too! Can't wait to see who they announce as guests for 2013!

Fourth Annual Edition of Cincinnati’s Largest and Most Popular Comic Book/Pop Culture Show Set To Be the Best Yet!

This is not a hoax! This is not a dream! This is not an imaginary story! It is time to announce that the 2013 Cincinnati Comic Expo is coming and planning to be bigger and better than the previous show. The original Cincinnati comic book convention is back for another year of fun and excit

ement for the great and comic savvy people of the Greater Cincinnati and Midwest area!


The 4th annual Cincinnati Comic Expo is going to be held September 13-15, 2013. The show will be held in Hall A of the Duke Energy Convention Center in downtown Cincinnati. 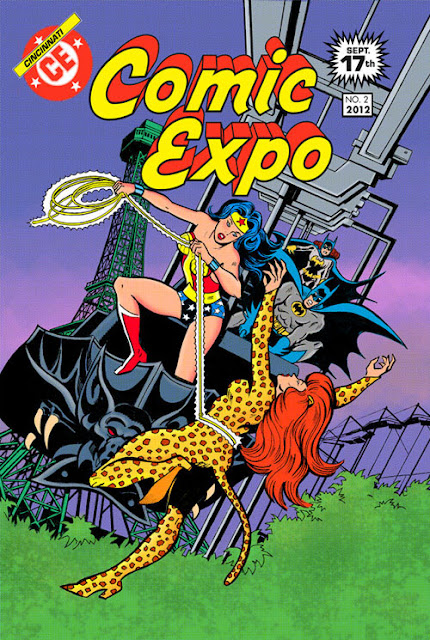 To build upon their prior successes of running a comic book show, the next show plans to have more guests! More publishers! More exclusives! More extended hours! More information will be released in due time (we are a year away...patience grasshopper!) But, we promise that 2013 looks to be the best year yet for CCE with some great guests already attending, first time attending comic publishers, popular media guests, and the best vendors and retailers a comic show could ask for!
To kick start the weekend, plan for the Preview Night on Friday, 9/13. Show Hours are going to extend for not just Saturday, 9/14, but also for Sunday, 9/15! This will give you and your friends and family more time to enjoy one of the Midwest’s fastest growing premiere comic book conventions.


The weekend will include the staples that the Cincinnati Comic Expo has brought you in years past and that more and more of you have come to enjoy year after year. Get working on your fabric for a chance at cash prizes in the costume contest! Back by popular demand will be Kid Con! Prepare to meet artists that draw your favorite comics! Buy comics and other items from shops all in one location! 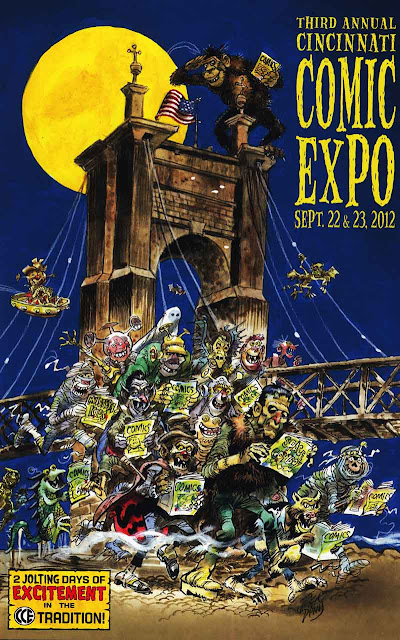 The 2012 show had 6000 people in attendance to see over 200 artists, vendors, and exhibits. That is a far call from the handful of artists and nearly 1800 people in 2010. With that momentum, we have challenged ourselves to make 2013 even greater and better.


The Cincinnati Comic Expo has been entertaining thousands of fans since 2010 with an annual show celebrating all periods and genres of pop culture with an emphasis on comics. The 2013 Cincinnati Comic Expo will be held from Friday, September 13, through Sunday, September 15, at the Duke Energy Convention Center. Tickets vary in price and will be available to purchase online. More information on events and other artists attending the show will be released soon at www.cincinnaticomicexpo.com.
Posted by Booksteve at 5:10 PM