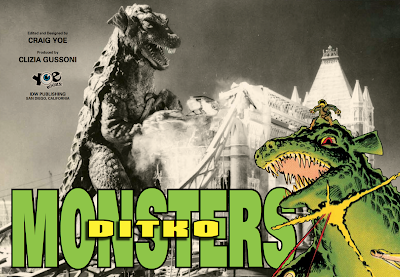 I started collecting comic books in early 1966 at age 7. I just missed the big era of Charlton's monsters, Konga and Gorgo. One day in '67 I was at Keith's Carry-Out on 8th Street in Covington, KY looking through a box of old comic books. Unlike most places that sold old twelve cent comic books for a nickel, Keith's sold theirs for a dime, only a two cent savings! That day, though, I found a quarter comic there for a dime. It was called FANTASTIC GIANTS. I recognized the art style from the SPIDER-MAN reprints in MARVEL TALES.

I had never heard of KONGA or GORGO but I HAD heard of DITKO and there was his name right on the cover!

KONGA, as one might suspect, was a giant ape variation on KING KONG. Similarly, GORGO is basically a GODZILLA clone albeit with the added inclusion of "Mommy." It was still a few years before I'd catch the movies themselves on CREATURE FEATURE but I did start to keep an eye out for the original comics that spawned FANTASTIC GIANTS. And there were quite a bit more of them than you might expect! 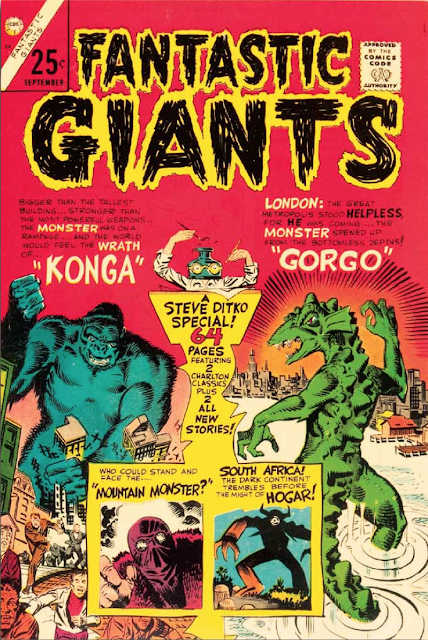 Charlton's original GORGO comic book was done as a tie-in for the initial release of the movie. Unlike GODZILLA, there were no big-screen sequels forthcoming but the comic was successful enough for the low-rent company to continue it for another five years.

Steve Ditko had been a Charlton mainstay since the fifties and would continue to be almost up to the point of their demise, even as he was busy creating such features as SPIDER-MAN, THE CREEPER and SHADE THE CHANGING MAN for the competition and MR. A for the independent fan market. He wasn't the sole artist on Charlton's monster books but he was definitely the best and most prolific. 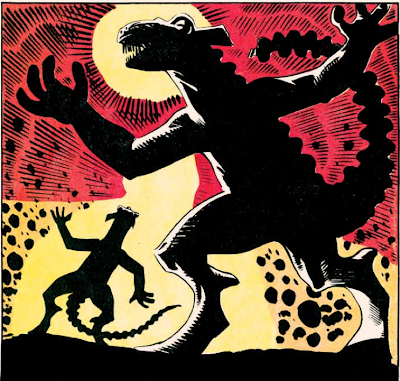 Now comes Craig Yoe with two new hardcover volumes collecting Ditko's Charlton monster books. I just got a look at the GORGO one and the memories came flooding back! So much fun! And the Joe Gill scripts are, for the most part, better than I remembered. 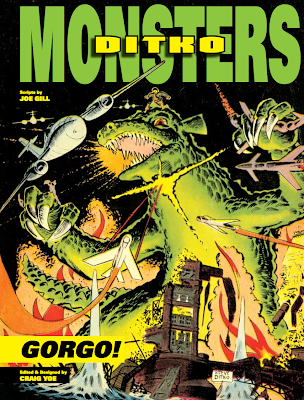 DITKO MONSTERS: GORGO presents over 200 pages of the big green monster (and his mother) along with an informative intro covering the movie itself as well as Charlton's involvement. Craig tells us the book's on target for February, 2013 but it's in this week's Diamond solicitations so now's the time to tell your local shop to get DITKO MONSTERS.

And after you've had your fill of reptilian adventures, KONGA is coming up right behind it! 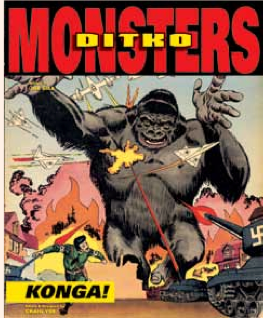 Posted by Booksteve at 7:27 AM