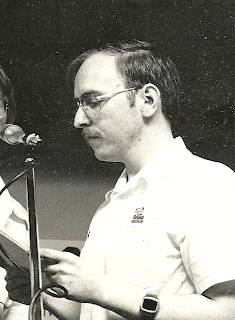 Well, it's Thanksgiving week again and I'd like to thank all of you who stop by here and at the other Booksteve Blogs from time to time for doing so. We hope you enjoy what you see.

As have the past few years, this one has been an up and down roller coaster with more than its share of health and financial issues but we're still here and still doing better than many other folks we know as 2012 heads toward 2013.

A couple of the blogs will be finishing up soon. The 1974 Journal blog will conclude at the end of the year. While it's had its fans, it was somehow not as popular as its inspiration, the 1976 blog. Since the only other journal I have is from 1980 and deals with my time in a local comedy troupe, complete with sex and drugs and other stuff I could get sued over, there will be no more journal blogs. They've been a revelation, in many ways showing me how much and yet how little things have changed. I'm glad so many have related to them in a kind of universal way but I'm thinking of taking both 1976 and 1974 down after they conclude. 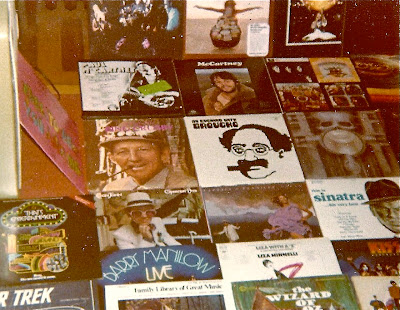 Meanwhile, DAYS OF ADVENTURE is up to issue 357 already in its more or less daily survey of DC's ADVENTURE COMICS, leaving less than 150 issues to go for the entire original run to have been covered. Thus, that blog will end around tax time this next year. 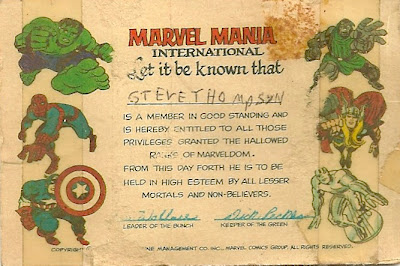 Our award-nominated FOUR COLOR SHADOWS will continue apace as there is a nearly infinite supply of rare, little-known or just plain interesting stories that deserve resurrection.

Similarly, 1966 has a lot of pop culture ground as yet uncovered so 1966 MY FAVORITE YEAR should continue being updated several times a week. When 2012, ends, 1966 continues!

THE BOOKSTEVE CHANNEL has lined up a potential sponsor (like any good TV show) for 2013 which should gain us some  interesting connections if it goes through. More details to follow.

My Gray Morrow and Wally Wood blogs remain much-needed repositories of the work of these two legendary illustrators on the web and will continue to exist although perhaps not updated as often.

I updated BOOKSTEVE'S BOOKSTORE PLUS the other day with some merchandise I found buried in the back of the closet. The new year should see more frequent updates again as we continue to slowly offer books and collectibles from Booksteve's Library. Thanks to all that purchased from us this past year. There were times where that was our main income in a given month!

Ah, Christa...Our Christa Helm project has not been abandoned although very little has been done on it in 2012. The GOING FOR BROKE blog was set up as a one-stop for all the Christa coverage we'd done elsewhere and it will continue mainly as an archive. Every time cable stations rerun the CBS 48 HOURS MYSTERY on Christa in which Rene and I and John O' Dowd participated--which is about once every other month--traffic on that blog jumps about 1000% for a few days! At some point there may yet be a book--at least an e-book-- but since the case has gone cold again, it will most likely not have an ending.

My 2013 resolution for BOOKSTEVE'S LIBRARY will hopefully be to get back its balance and not have it as much the comics blog as it has become. More music, movies, books and other pop culture! 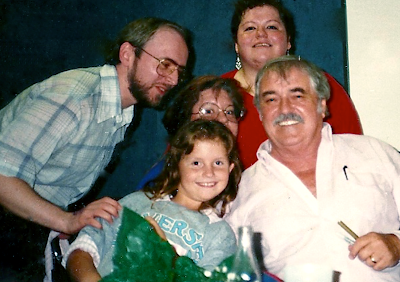 By the way, if anyone reading this would be interested in advertising with us, I'm told our rates are shockingly low. We've run about a dozen paid ads at this point from about half a dozen advertisers. Contact me at booksteve@ aol.com if you think we'd reach the audience you're trying to reach.

I've received regular comp titles and review copies from Yoe Books, IDW, Abrams, Twomorrows, TCM, Shout Factory, Archie Comics and others over the past couple of years in exchange for reviews. I'd be happy to review your product as well but please note that free copies or not, if I don't care for it, I say so. I can't promise good reviews.

Time constraints have meant that we've slowed down on interviews this past year, too. That's something I'd like to pick up again. I aaaalmost had what might have been a really cool one a few months ago but for various reasons, it never happened.

So anyway, looks like I will be three blogs down in just a few months. And we lost three others in the  last year! What--if anything-- should replace them? And how many? I've got a few ideas but I'd like to hear suggestions. What would you folks like to see from Booksteve?

Again, write me at booksteve@aol.com with questions about advertising, sending review copies or blog suggestions.

Oh, and those PayPal blog donations always help as well! I've just come through a skin cancer scare and a breast cancer scare and now I have to pay for them telling me I DIDN'T have either. Right hand column near the top should you be so inclined. (Much appreciation to all who have donated recently!)

Thanks and have a HaPpY ThAnKsGiViNg!