This Isn't About Batman 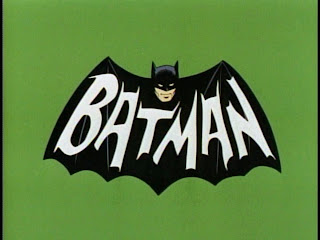 In 1966, at the age of seven, I discovered Batman. A lot of people did. In fact, I doubt there was a person in America who hadn’t at least heard of Batman by the end of 1966. Batmania was, after all, the “in” thing. It was “happening!” Batman had, by that point, been around for 27 years. Having appeared in comic books and strips, in movie serials and on radio, the character had just about run its course when an early sixties modernization was given him in hopes of picking up sales. Whatever long term effects that move might have had we’ll never know since the BATMAN TV series came along and suddenly The Caped Crusader skyrocketed to become DC’s hottest property.

I loved Batman. The TV one was a lot different from the comics one but I embraced both because in both cases, he was portrayed as a good man trying to help people both within and, where necessary, around the system. There was no question. Batman was a good guy. A good man. Comic books have always gotten blamed for a lot but let’s give credit where credit’s due---My concepts of right and wrong and the importance of helping people came as much from reading comic books as anything else.

It would be decades later before I paid the least bit of attention to the political and social opinions of the authors, opinions that colored each and every story to one extent or another, especially as we entered the age of “relevance” in the early seventies. Some of my favorite writers and artists were quite conservative, others very liberal and a few bordered on anarchists. But they all shaped my opinions. On everything. Oh, I read other things, too. I read lots of other things. By age 9 I was getting my books from the adult section of the Public Library. But the comics were always there. Batman was always there.

This is about tragedy. Overnight last night, a dozen people were gunned down in Colorado and many, many more shot and injured when all they wanted to do was watch Batman. People all over the country attended similar midnight showings but the only one we will ever think of now is the one in Aurora, Colorado.

I don’t know their religions, their races, their political parties…and I don’t fucking care! They died and so I mourn.

“What if you knew her and found her dead on the ground?” wrote Neil Young famously in response to 1970’s Kent State shootings. That lyric kept resonating in my head today. I didn’t know any of these people out there…and yet in a way I did. They wouldn’t have been there if they didn’t love Batman. The character has changed so very, very much since those innocent days of 1966 but at his core, he’s still the hero, fighting the good fight against impossible odds.  Everyone in that theater, young and old, at some point discovered Batman and were inspired by his heroism in some way. These were my people. Kindred spirits.

As of this writing, there are still a thousand pieces of this story being slowly assembled. We know little beyond some basic facts, the most important of which is that so many were killed or wounded. We owe them and their families respect.

I feel for the young man who did all this. What would drive a person to such madness? Unlike many of these cases, he is alive and in custody and I’m sure extensive mental testing will take place, undoubtedly beaten to the public consciousness by the myriad fingers pointing at liberals, conservatives, gun nuts, gun control advocates, comic books, movies, video games…and Batman.

This is about what in our society drives people to such hopelessness as to commit this or any of the other nightmarish crimes one reads about in the news these days. This is about the evil (and yes, I’ll stick with that word, thank you) forces who lobby for their own political and financial ends at the expense of humanity! This is about the elected officials who consistently act like uneducated morons when lying to the public about how the Government wants to take away their guns and how affordable health care is a major blow to the fundamental freedoms at the very core of our Constitution. This is about the hypocritical idiots who publicly revel in their stunningly evil political victories when they should be working daily to give us safer gun laws and mental and physical health care. This is about elected officials who don’t seem to know or care about the difference between right and wrong and have no desire whatsoever to help Americans in need. And then spin it all to look like it's the other side's fault.

Maybe this IS about Batman. If only our Congressmen had read it like I did---like all of those victims of last night’s shooting presumably did—if only the insane commenters on talk radio and the internet today had read Batman...then maybe they’d realize that what they’re all doing is NOT the right thing to do and it certainly isn’t helping anyone.

This country needs some big changes all right…and it needs to start with people developing some basic understandings of the concepts of what’s right and what’s wrong…and why helping your fellow man is always the right choice.

If this isn't about Batman, maybe it should be.

(Feel free to comment at length if you must but I’m not going to publish any and I may not even read them, either. This isn’t a public forum. It’s MY forum and I just had to get this off my chest.)
Posted by Booksteve at 6:39 PM