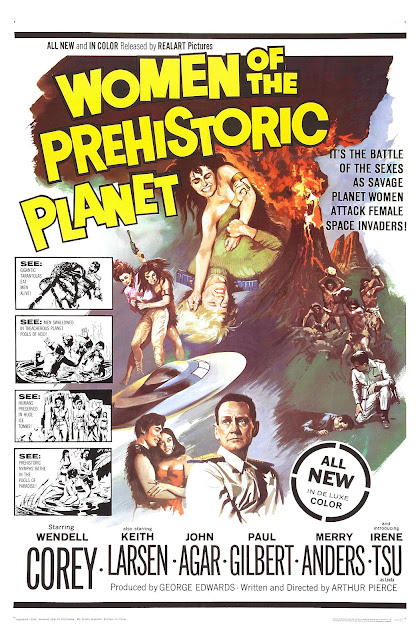 A huge update this month to our DVD sale site! Take a look. Unless otherwise priced, all items are only $7.00 with $6.00 postage no matter how many you buy. Here are just a few highlights from the July update. Go here to see the rest and to order.

WOMEN OF THE PREHISTORIC PLANET  (1966)
Yes, we're pulling out all the stops this month by offering a number of films we went out of our way to get on DVD because they are not available on DVD anywhere else! This movie included. A spaceship crashes upon an unexplored planet, and the rescuers sent to search for survivors discover that decades have passed due to time dilation. Stars Wendell Corey, Keith Larson, John Agar and Merry Anders.

HECKLE AND JECKLE: The Complete Cartoons
Two magpies constantly put one over on the farmers and everyone else they come into contact with. These cartoons are not easily out there and now you can watch them all in this 2-disc DVD set. More than 50 cartoons! 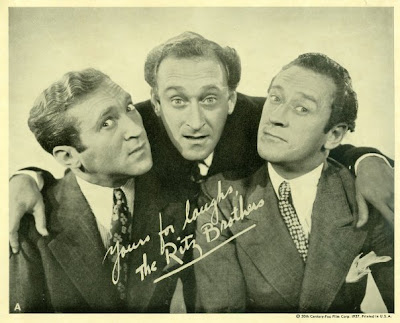 BEHIND THE EIGHT BALL  (1942)
One of the rarely-seen Ritz Bros. comedies. The shooting and murder of two guest stars at the Shady Ridge Summer Theatre, operated by Joan Barry, threatens to close the musical "Fun For All." To bolster the show, Joan induces Bill Edwards, who shares joint ownership with her, of the farm the theatre is located on, and Sheriff McKenzie, to hire the Jolly Jesters. They steal the show and, along the way, uncover a spy ring and a bullet-shooting clarinet. Also stars Carol Bruce and Dick Foran.
COMPLETE BOB HOPE FILM SHORTS
All six Vitaphone Bob Hope comedy shorts (two-reelers) which he played the starring lead. Song and dance, classic Bob Hope comedy and a number of great gems. These are among the finest of early Bob Hope caught on film. Remastered and gorgeous picture and sound. PAREE, PAREE (1934), THE OLD GREY MAYOR (1935), CALLING ALL TARS (1935), WATCH THE BIRDIE (1935), DOUBLE EXPOSURE (1935), and SHOP TALK (1936).
THE RIGHT MAN  (1960)
Since it's election year it seems fitting to pull this one off the shelves and transfer it to DVD. Sponsored by an Insurance Company in 1960, this half-hour telecast dramatized monumental and historical presidential debates of the past with such actors as Art Carney, Thomas Mitchell, Edward G. Robinson, Garry Moore, Martin Gable and Richard Boone. Boone and Gable reprised their Broadway roles from The Rivalry for the Lincoln-Douglas debates and may just be the only footage surviving of the actors playing the role! Later, the same company took the 25-minute film and added ten more minutes of footage that was shot and never telecast, for use in public classrooms. This is the full 35 minute version!
HOUND OF THE BASKERVILLES  (1937 German Version)
If you know the Sherlock Holmes story, you'll be able to follow this quite easily. It's also one of two films found in Adolf Hitler's bunker by the Allies in 1945. Thought lost for many years, this Sherlock Holmes mystery is a classic worth watching, even if there are no English subtitles. The production rivals what Fox did with Rathbone.
INNER SANCTUM MYSTERIES: Complete Movie Series
All six horror/mystery classics starring Lon Chaney Jr. in the lead, based on the popular long-running radio horror program of the same name. Calling Dr. Death (1943), Weird Woman (1944), Dead Man's Eyes (1944), The Frozen Ghost (1945), Strange Confession (1945) and Pillow of Death (1945). This three-disc set contains all six movies!  $20
GASOLINE ALLEY DOUBLE FEATURE
Gasoline Alley (1951) and Corky of Gasoline Alley (1951) are the only two movies based on the popular comic strip of the same name, and this DVD contains both movies!
ROD SERLING VINTAGE TV DRAMAS
Three half-hour dramas scripted by Rod Serling before his Twilight Zone days. "Grady Everett for the People" (September 13, 1950) was Serling's first national coast-to-coast telecast and he was paid only $100 for the script. But it certainly got his foot in the door, didn't he? "Christmas for Sweeney" was telecast in 1952 as a rare holiday offering, revised from a radio script of a similar name broadcast two years earlier on radio. And in THE STORM, Serling's earliest surviving telecast exists with this kinescope transfer from a local Cincinnati, Ohio telecast (the show was only telecast locally -- it's that rare!). 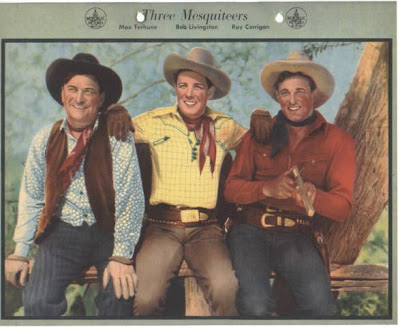 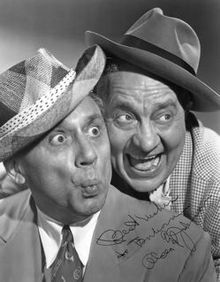 50 MILLION FRENCHMEN  (1931)
Hardcore fans of Olsen and Johnson and/or Bela Lugosi will need no persuading to watch this classic, based on the Broadway stage play. Fifty Million Frenchmen is a zany madcap farce with the boys on the loose in France. This Pre-Code comedy has some daring moments (Olsen & Johnson wickedly rummaging through lady's lingerie) and a real vaudeville feel to the humor. Olsen & Johnson are one of the most underrated and little known comedy teams of the 1930's and 1940's and this is a darn shame. Personally, I think their best work, in films like HELLZAPOPPIN' and CRAZY HOUSE, are far funnier than better known comedy duos like Abbott & Costello. Look for Bela Lugosi in a small cameo as a sinister swami who falls afoul of the boy's slapstick antics.