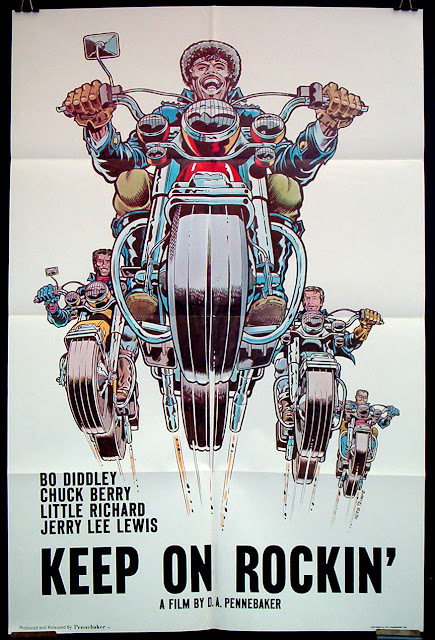 I posted this on Facebook this morning after catching it on the (Official?) Chuck Berry Fan Page. The likenesses may not be particularly good but the poster is awesome! The art is by Herb Trimpe, the Marvel comics artist most closely associated with years on THE INCREDIBLE HULK. The film itself is a short documentary by the legendary D.A Pennebaker. It appears to cover the 1969 Toronto oldies concert where John and Yoko appeared with The Plastic Ono Band albeit with their scenes cut. Two decades later, Pennebaker would release a documentary covering the former Beatle's appearance at this concert so one can presume it featured the bits originally cut from this...which is most likely what made this a short in the first place!
Posted by Booksteve at 7:21 PM