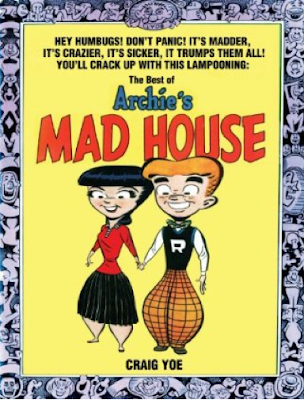 Craig Yoe is headed to San Diego this week and he's debuting no less than FOUR new volumes of fun and historical comics goodness when he gets there. Craig gets ribbed and even criticized for the number of books he comes out with but here's the thing--they're all great! Over the next few days I'll preview the four new ones which can be ordered now or found at your local comic shop soon after Comic-Con.
THE BEST OF ARCHIE'S MADHOUSE is, in a way, a follow-up to ARCHIE--A CELEBRATION OF AMERICA'S FAVORITE TEENAGERS. More of a companion piece really as even the original run ditched the Riverdale gang fairly early on. ARCHIE'S MADHOUSE is one of a zillion or so variations on EC's MAD. Although done for a slightly younger audience than the others, this is the one that took. It lasted more than a decade in multiple variations--once as an actual horror comic!! 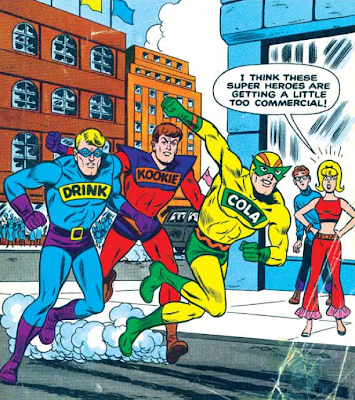 George Gladir created Sabrina, the Teenage Witch, for MADHOUSE and it was, for years, that character's home. Other regular characters included the humorous superhero, Captain Sprocket, Chester Square and Lester Cool. For the most part, though, the book was filled with silly, funny bits about stuff teenagers cared about--school, dating, monsters, television, music, etc. 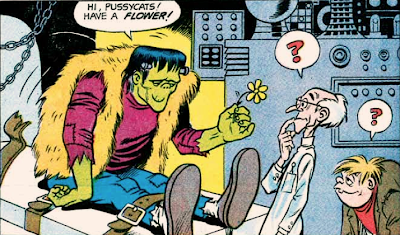 Artists whose work was given free reign to be ridiculous here include, among others, Orlando Busino, Joe Edwards, Dan DeCarlo and, in his sole appearance in an Archie Comic, Wallace Wood! 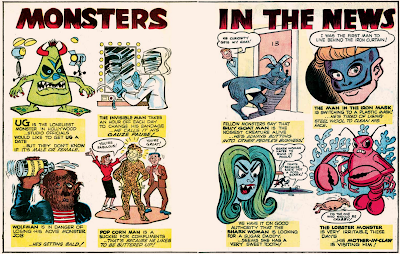 By way of full disclosure, I did some research for this book, proofread it a few times and even wrote a draft of the introductory text! And I enjoyed it every time! Scores of reprinted features and hours of silliness await you in THE BEST OF ARCHIE'S MADHOUSE! Order now. Read it on a bus or a plane or in the doctor's office. Laughter is contagious!
Posted by Booksteve at 7:15 PM