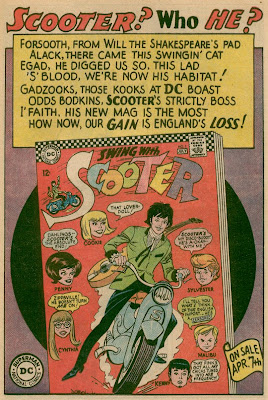 To celebrate the Royal Wedding, here's someone who was probably invited--DC's SCOOTER! Scooter was designed as National's answer to Paul McCartney...only on a motorcycle. Over time, he became more like yet another Archie clone and less and less British...or rather less and less DC's idea of what constituted British.
Posted by Booksteve at 6:02 PM