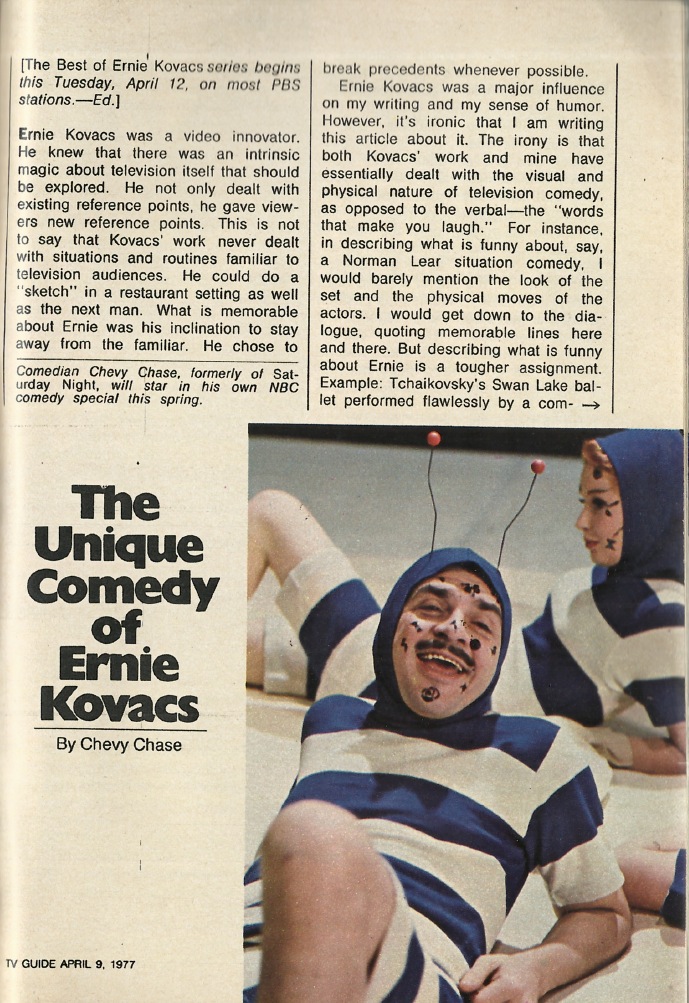 Ernie Kovacs died when I was 3 years old and I didn't remember him at all. By 1977, however, I had read enough histories of television that I knew he must have really been something! Chevy Chase was the comedy flavor of the month at that point and the premiere of the PBS series, THE BEST OF ERNIE KOVACS, led TV GUIDE to enlist him to sing Ernie's praises. It was enough to get me  glued to my set every Tuesday night while the show was on and I quickly became a big fan. 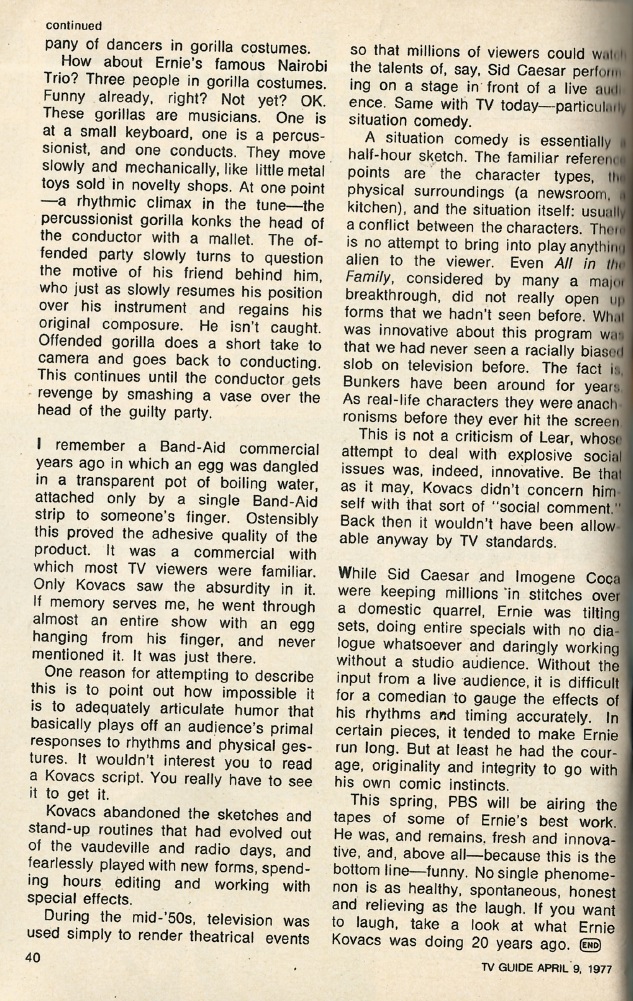 Posted by Booksteve at 9:10 PM