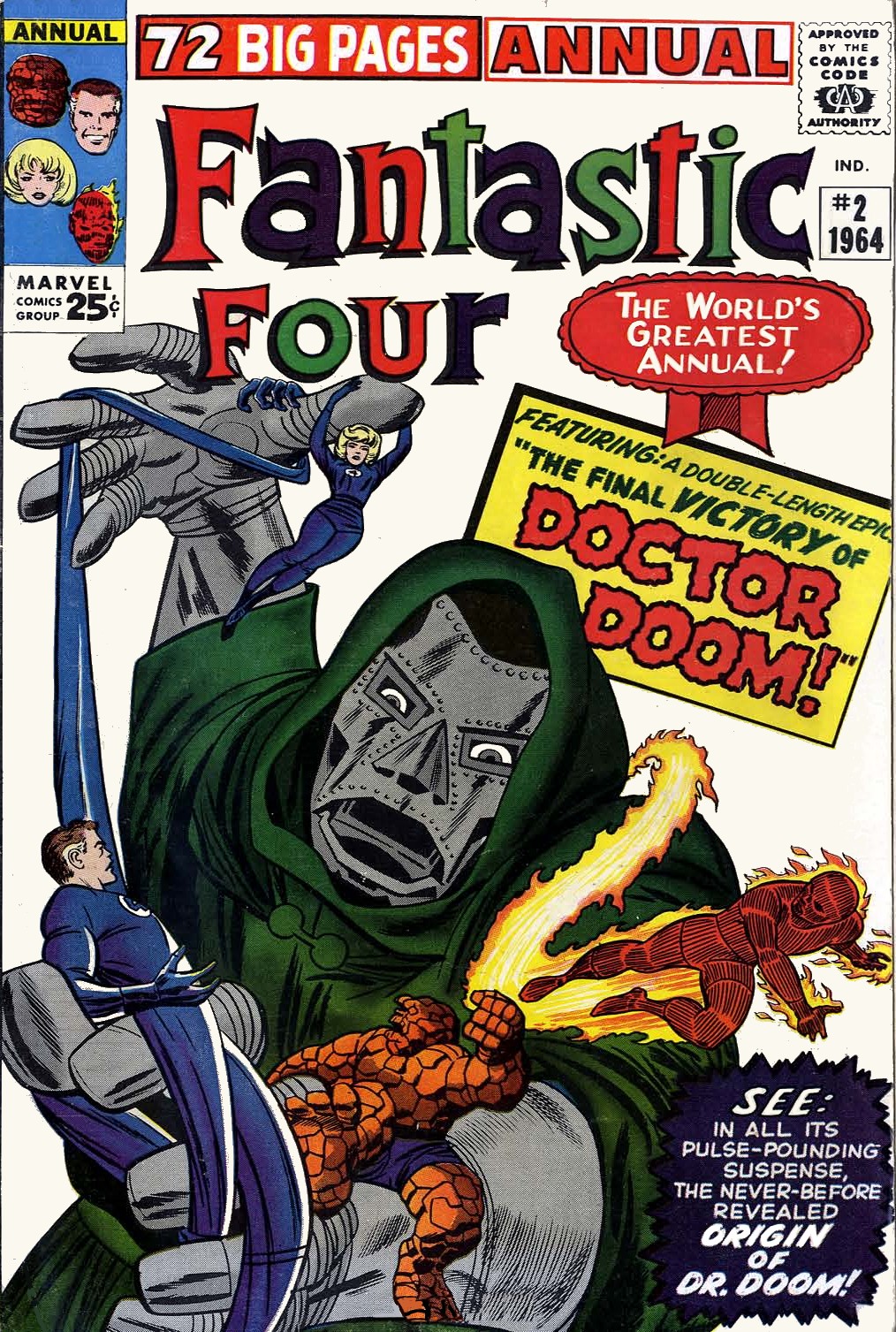 With the announcement of the impending cancellation of FANTASTIC FOUR-- which I don't have an issue with in and of itself as good stories have been few and far between and too many reboots have scarred the brand--I've been waxing nostalgic over what I would still consider y all-time favorite comic book series. I briefly had a complete collection of FF, stopping at # 414 as I didn't realize the original run would end just a couple issues later. The above is probably my all-time favorite with perhaps the best story of Doctor Doom, another character whose many appearances diluted his importance. 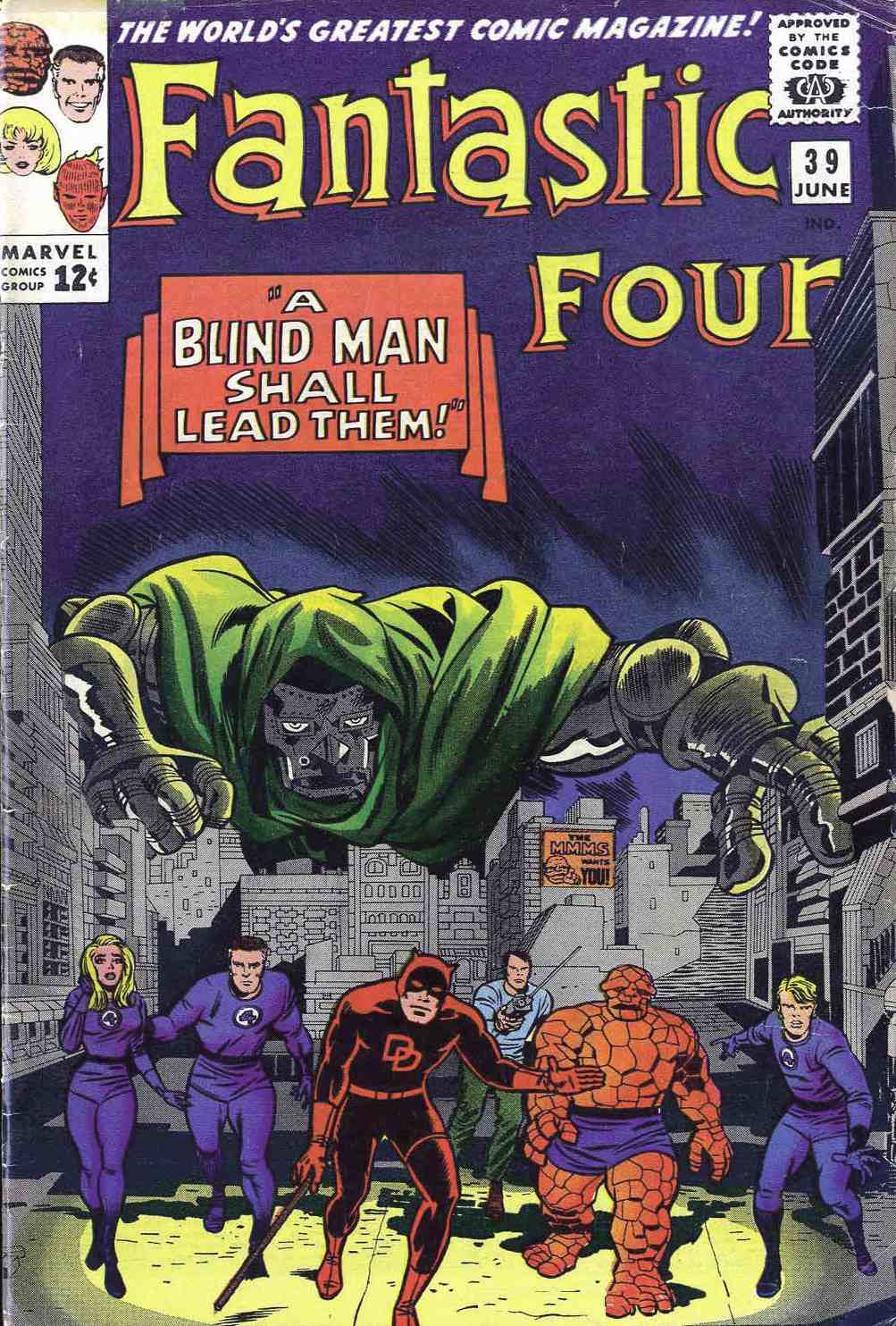 This was one I spotted in ads long before I found the book itself for a nickel in a junk shop. An atypical but wonderfully atmospheric story and Wally Wood redrawing Daredevil throughout! What's not to love? 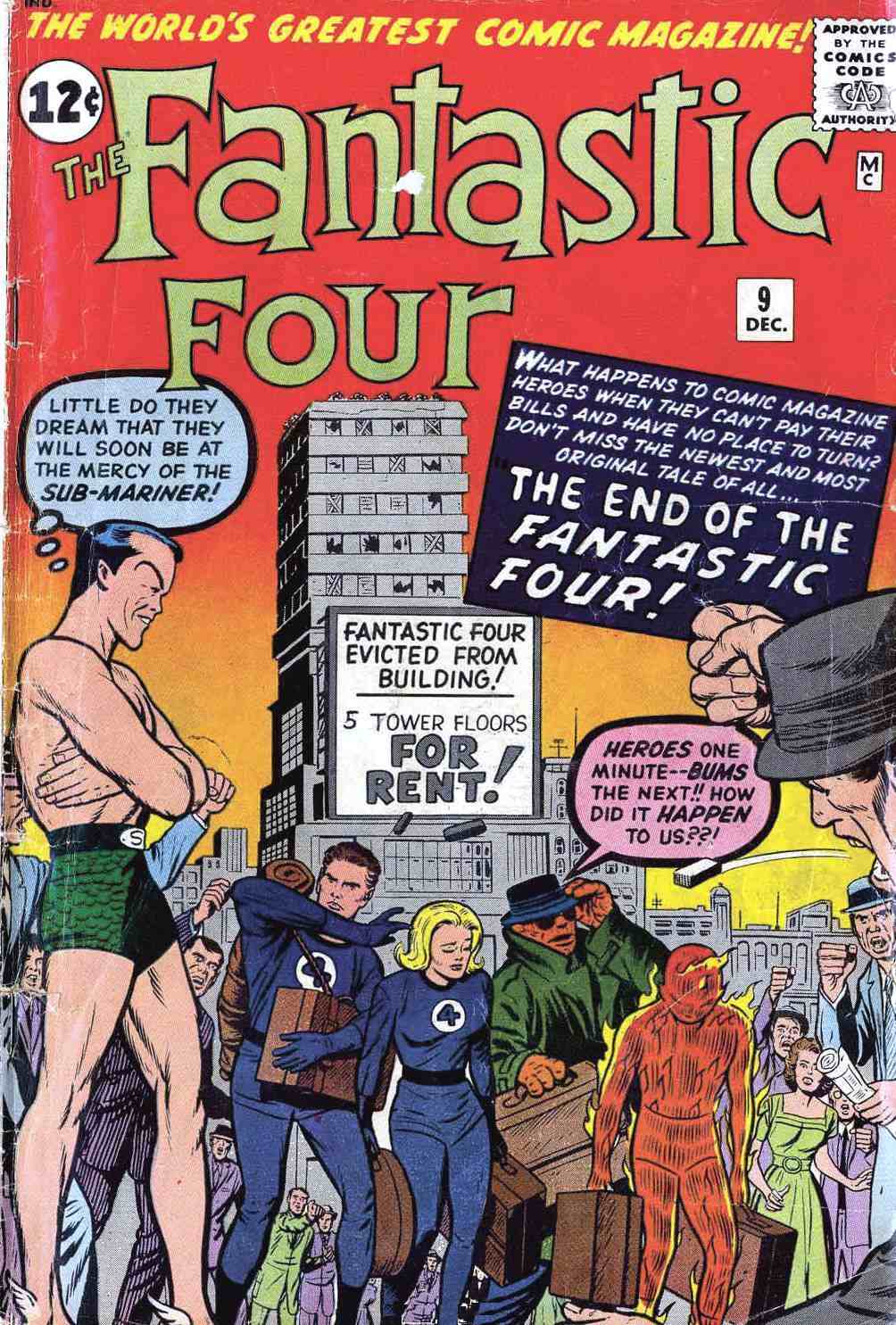 One of the first of the older stories I read in MARVEL COLLECTOR'S ITEM CLASSICS, this one introduced me to the Sub-Mariner, here running a movie studio where the bankrupt FF attempt to make some money! Again, hardly a typical adventure. 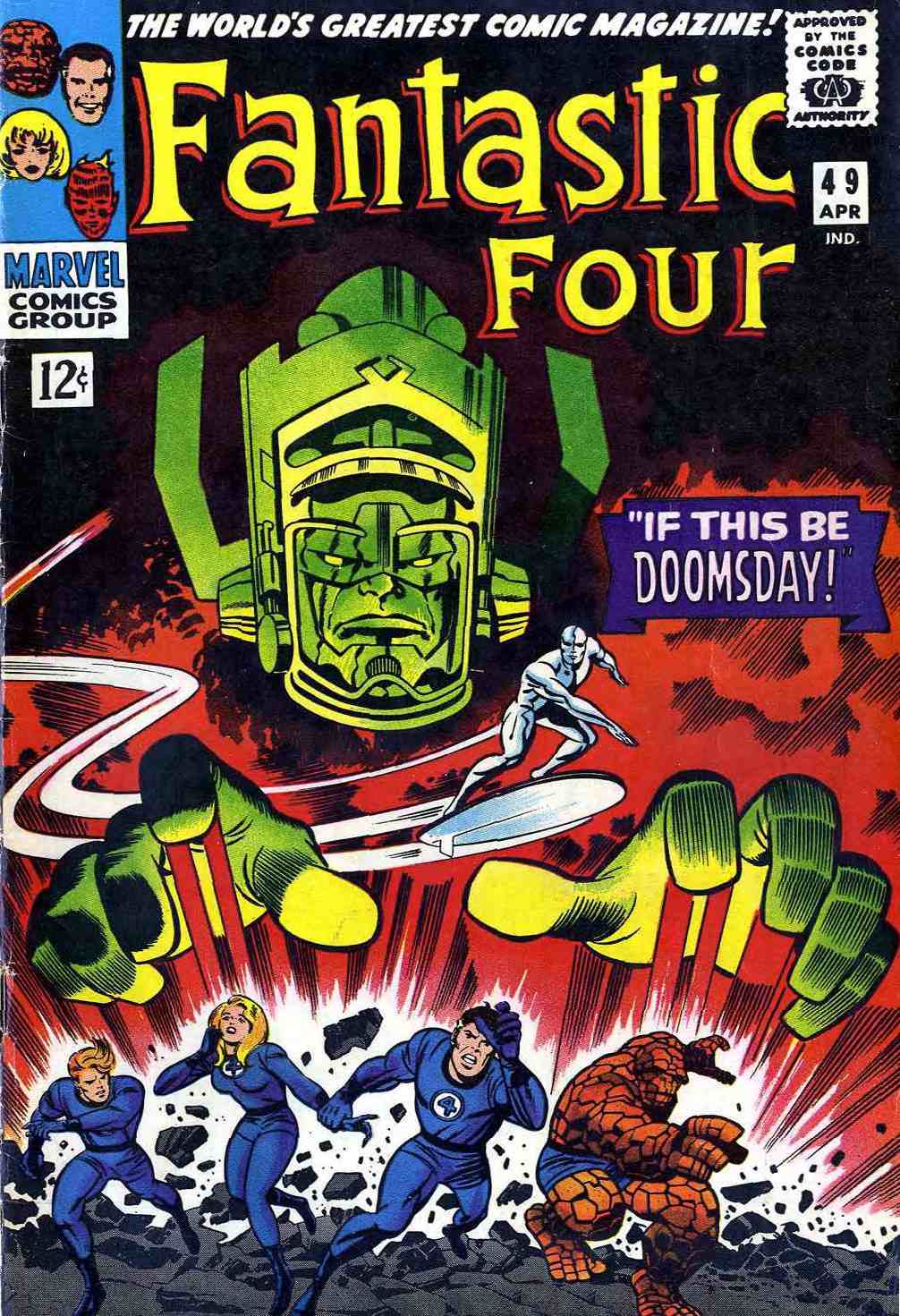 The big one. Marvel really went cosmic with this one featuring The Silver Surfer and Galactus. 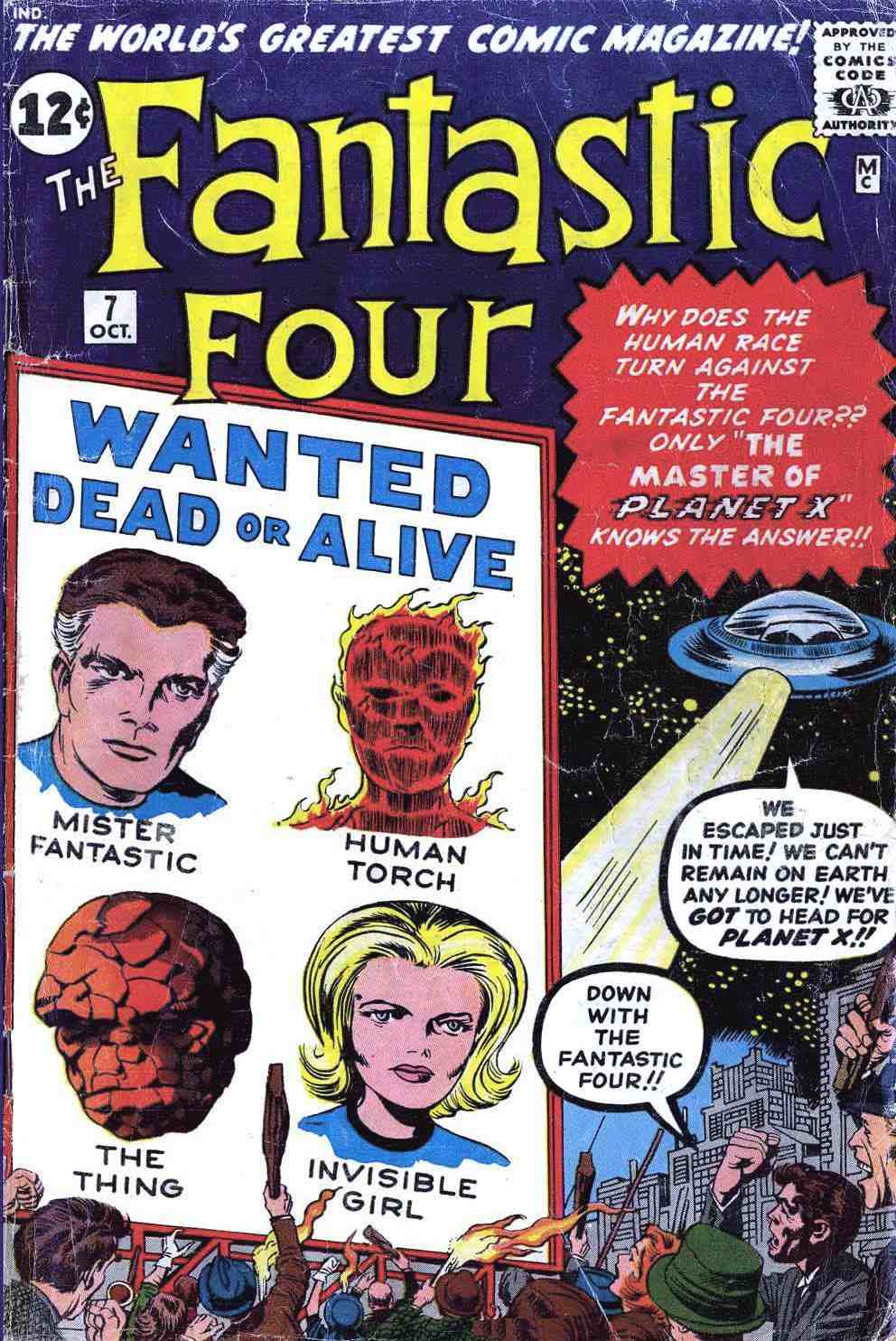 Another one i discovered in reprints--a great sci-fi story also well-adapted for the '67 cartoon series. 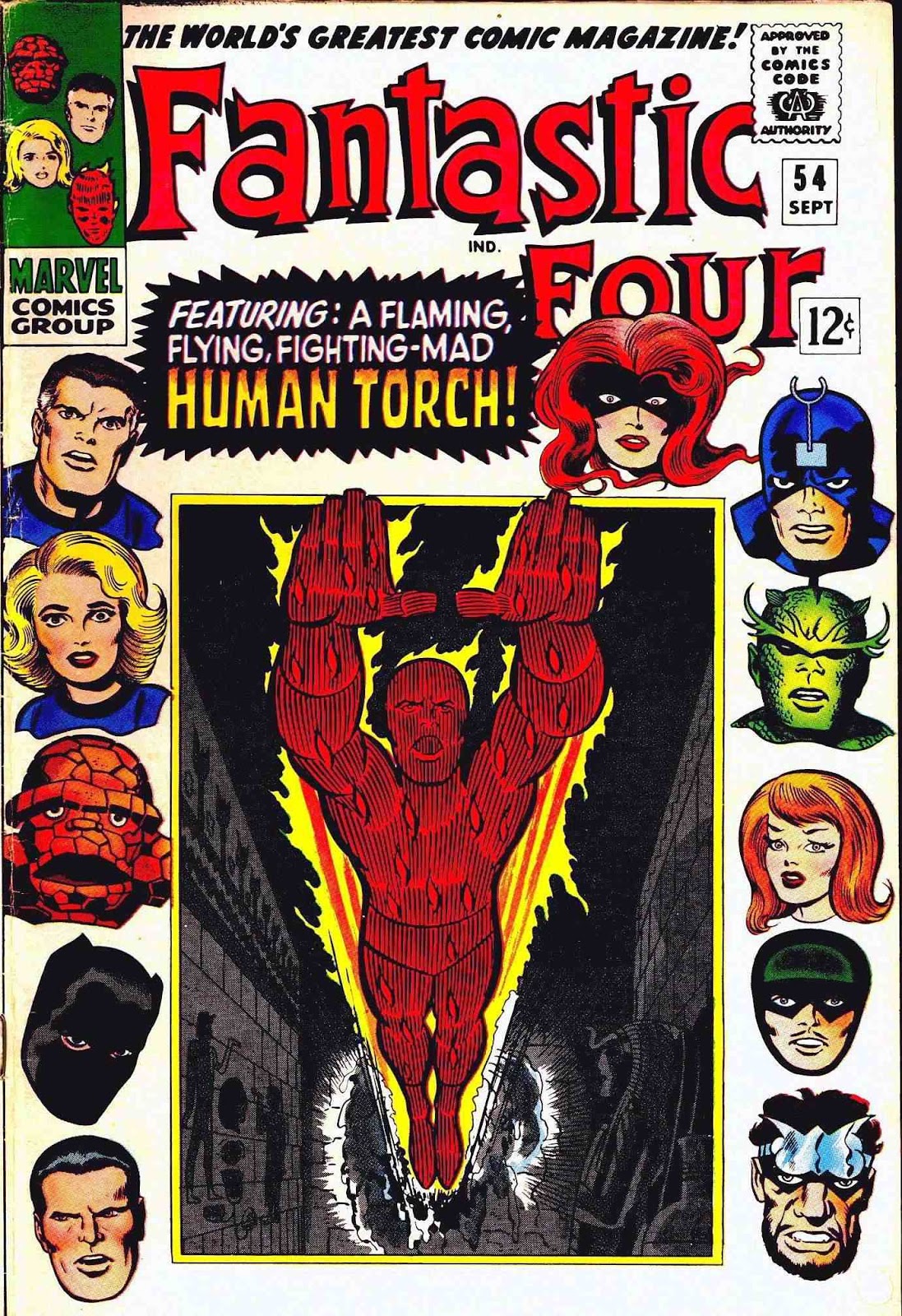 The first issue of FF I ever saw and my introduction to so many characters from Kirby's fertile imagination. 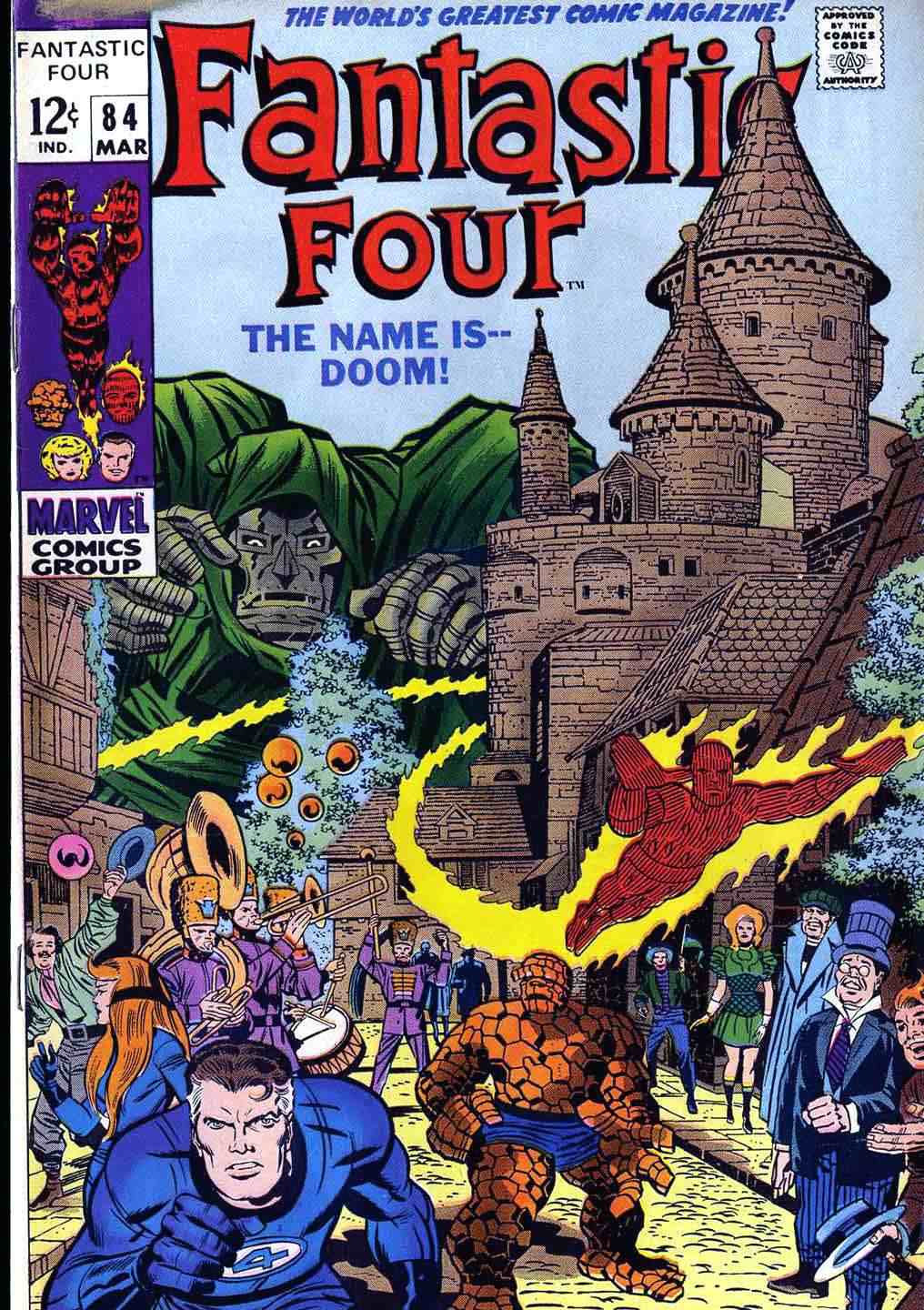 Took this PRISONER-inspired ish on vacation with me to North Carolina. A good story and some of Jack's best latter day FF art. 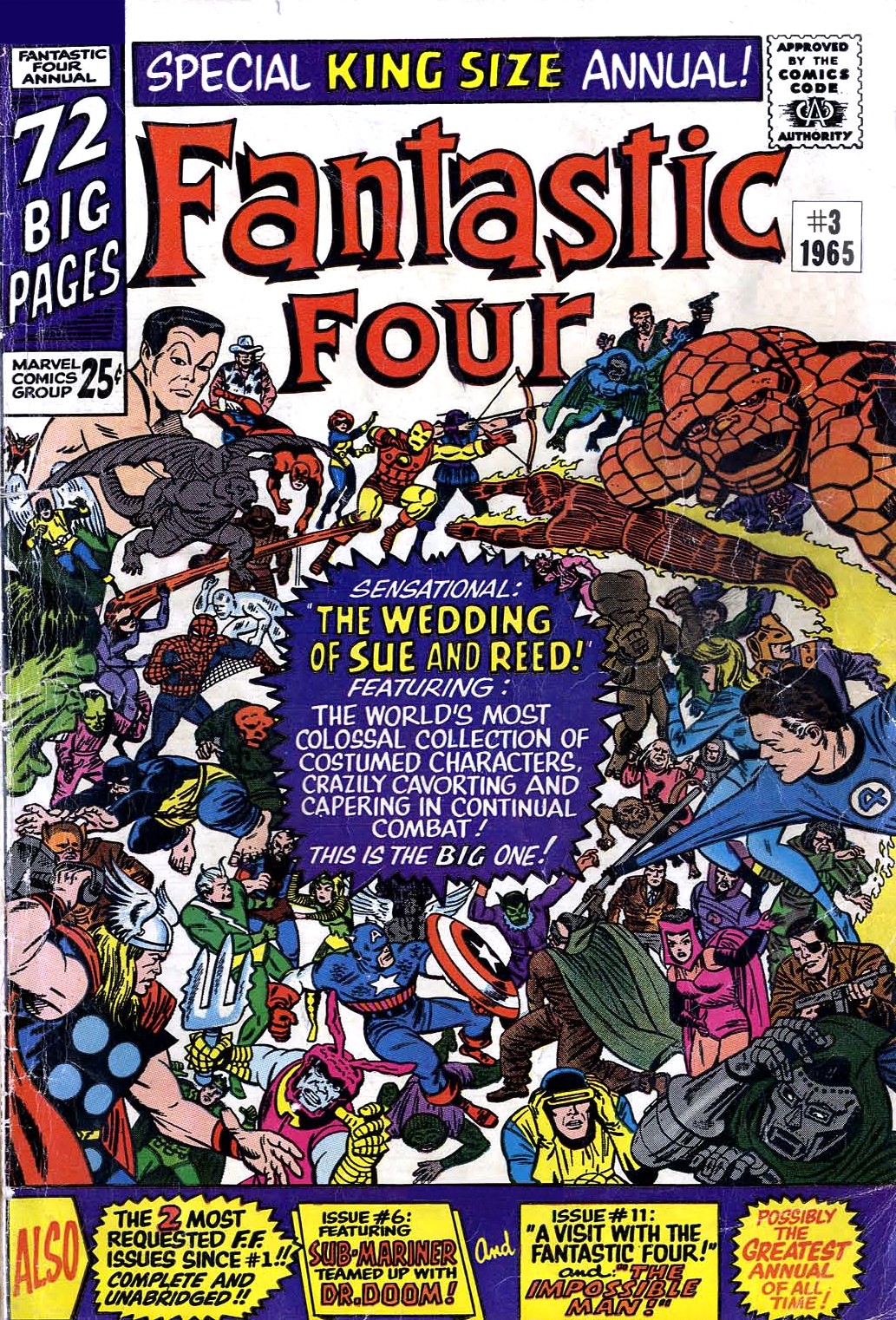 The wedding issue! In spite of less than stellar inks, this free-for-all was and is much fun to the hardcore fan. 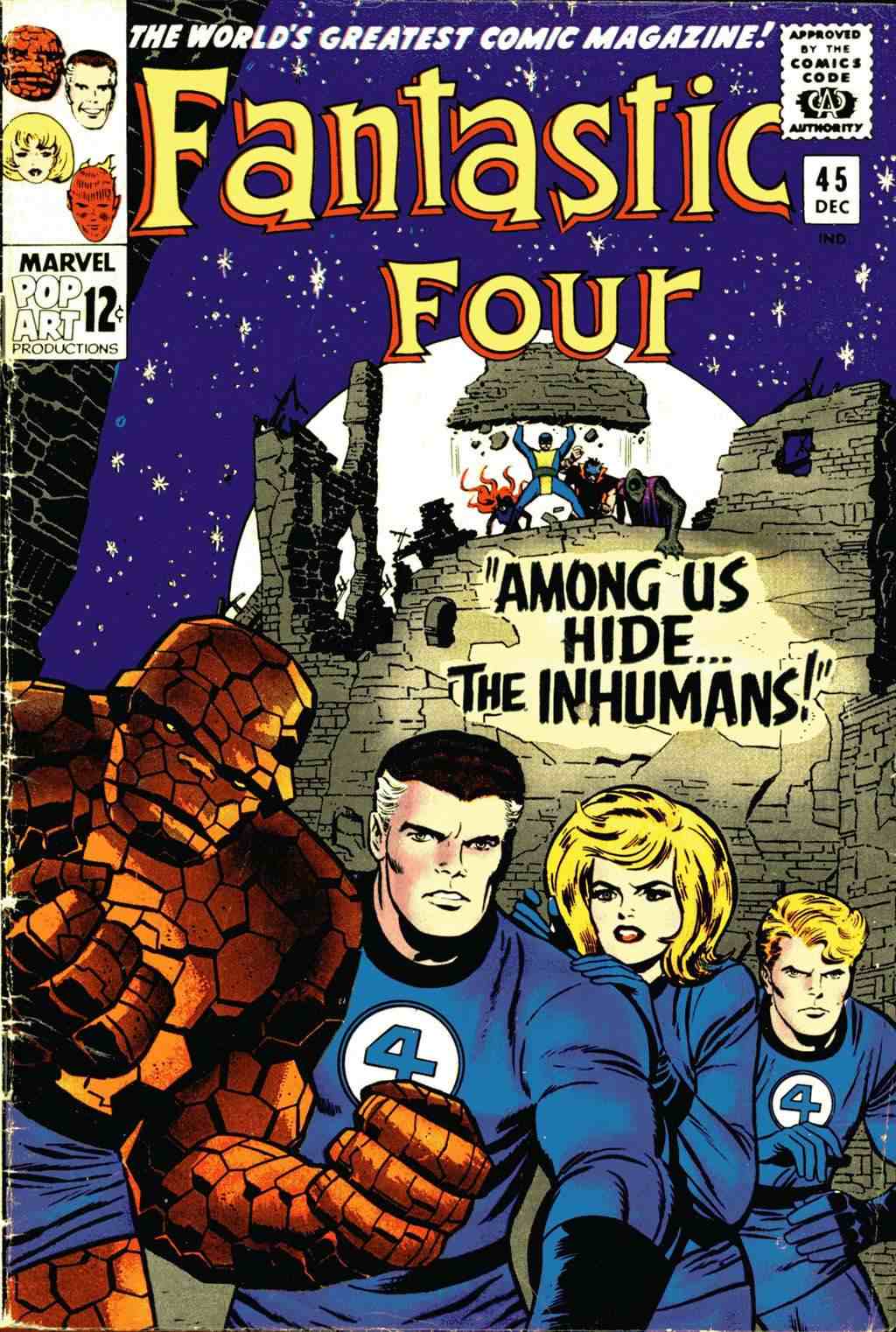 As I was collecting back issues as I found them, I was reading them in all the wrong order. This one quickly became a favorite. 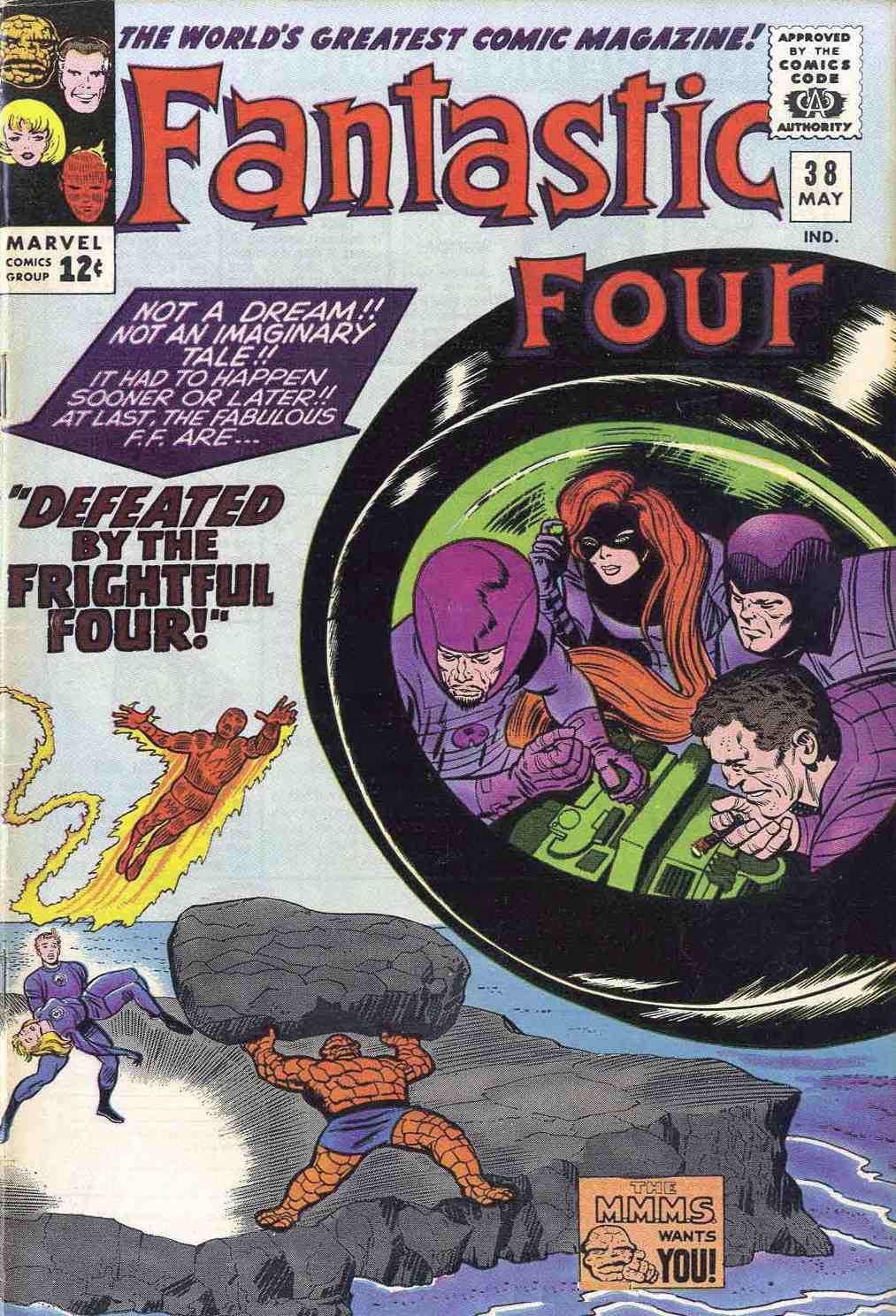 Another one with ads that intrigued me but one I wouldn't actually get until years after I first saw its cover. 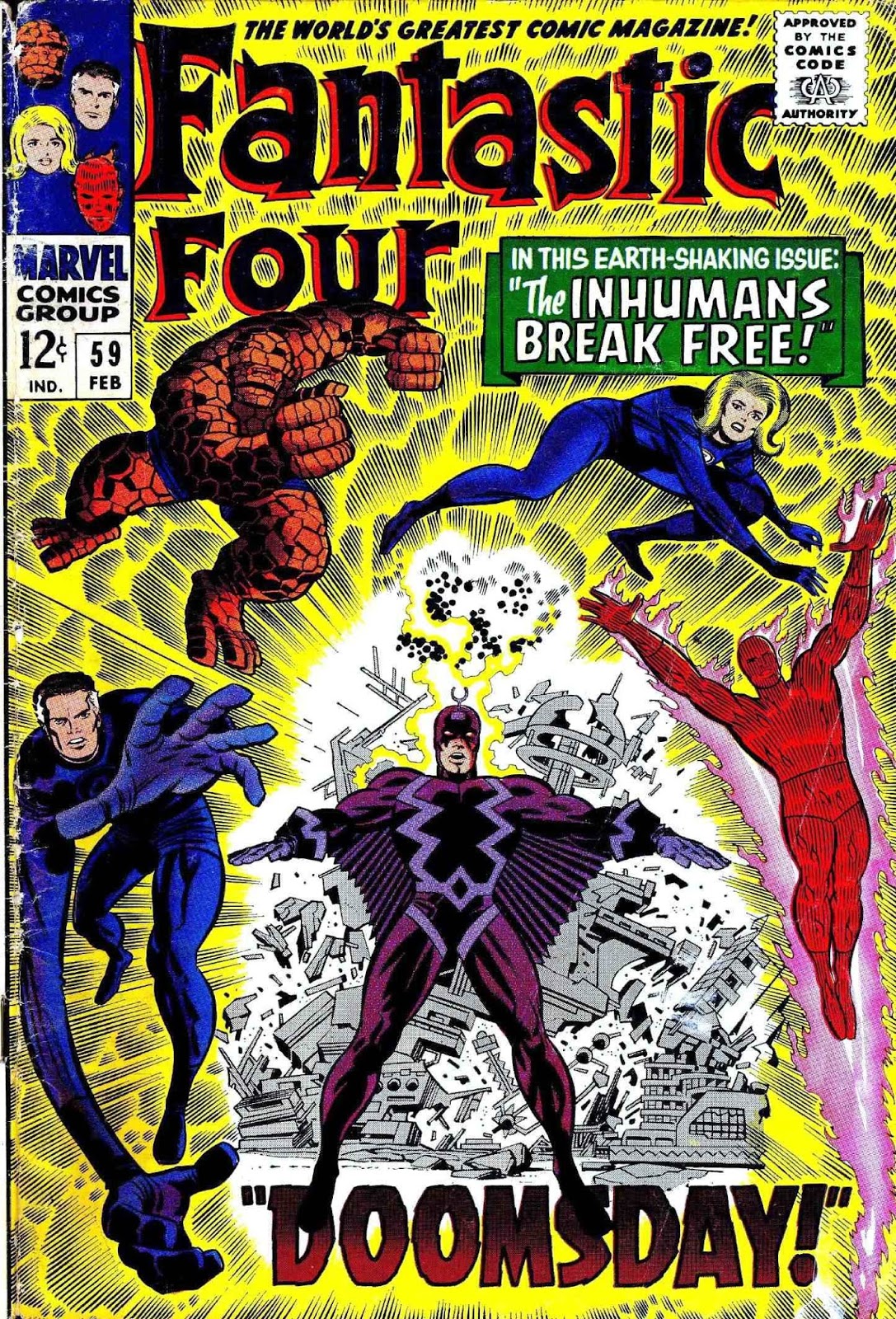 I remember the day I bought this at the drugstore and stopping to read it in a parking lot before I even git home! Couldn't wait! 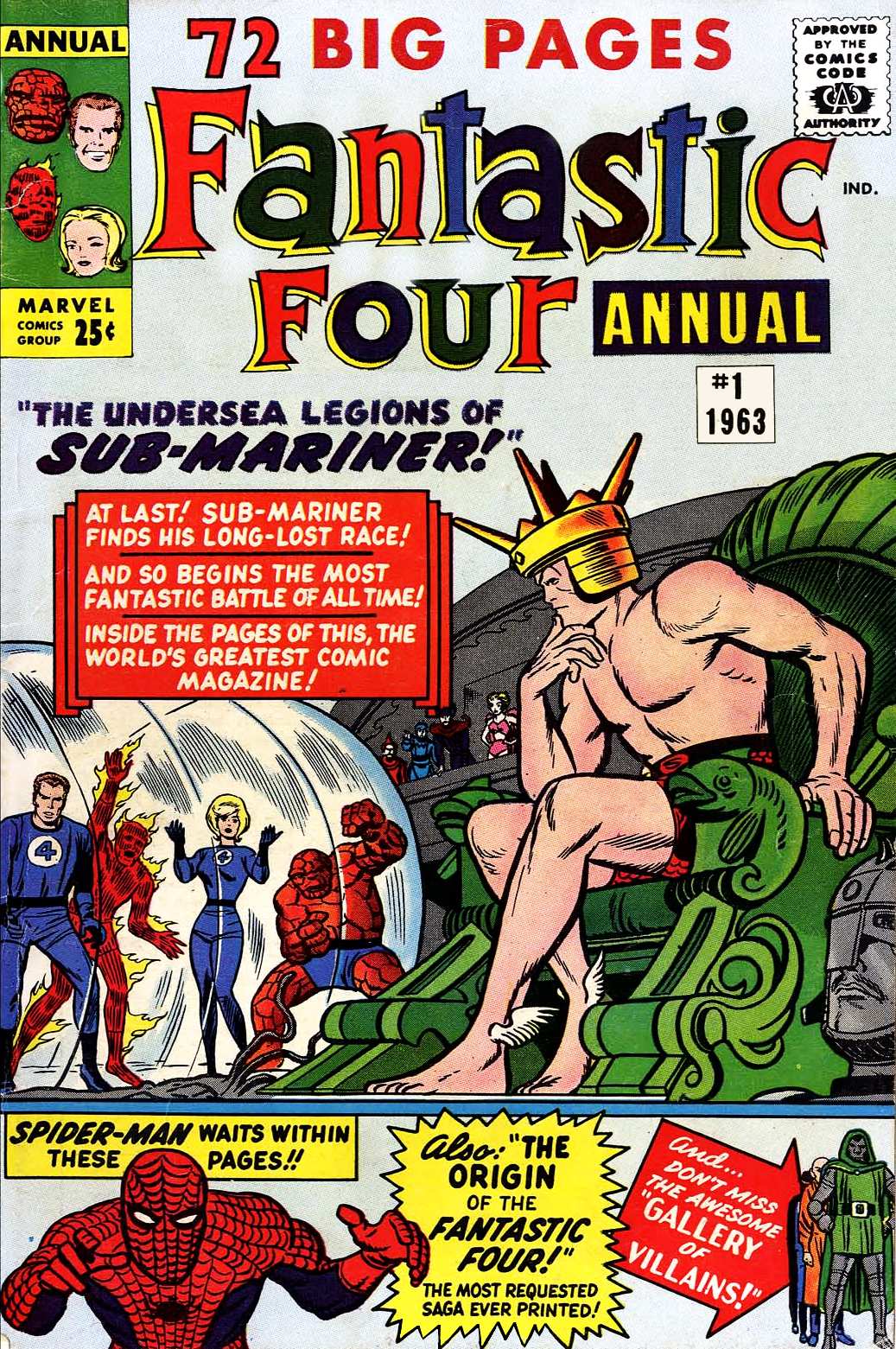 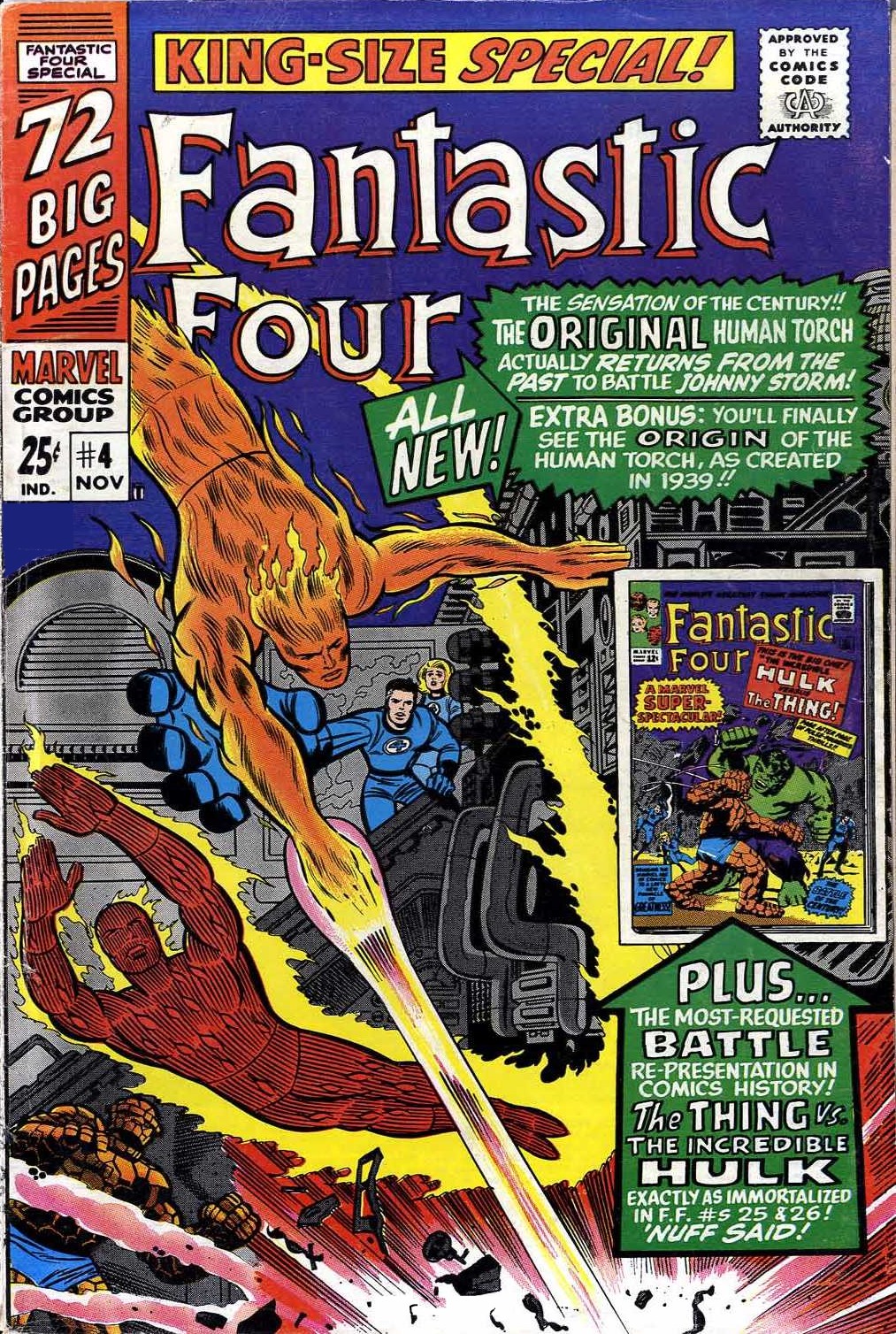 My introduction to the concept of the Golden Age and also the word "original." 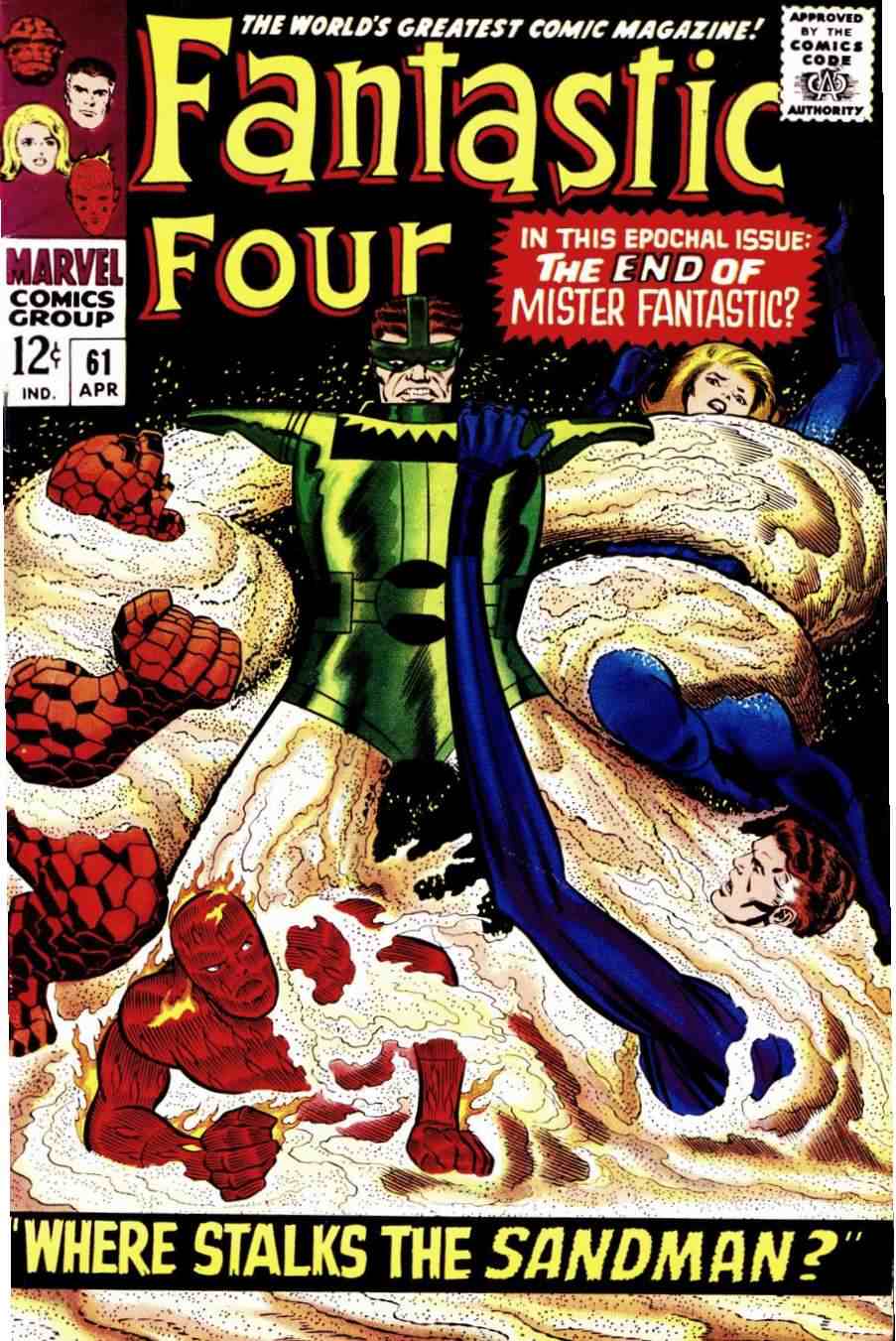 I remember being blown away by this cover while I was on my knees at Stegner's Drugstore looking through the just shelved new comics! 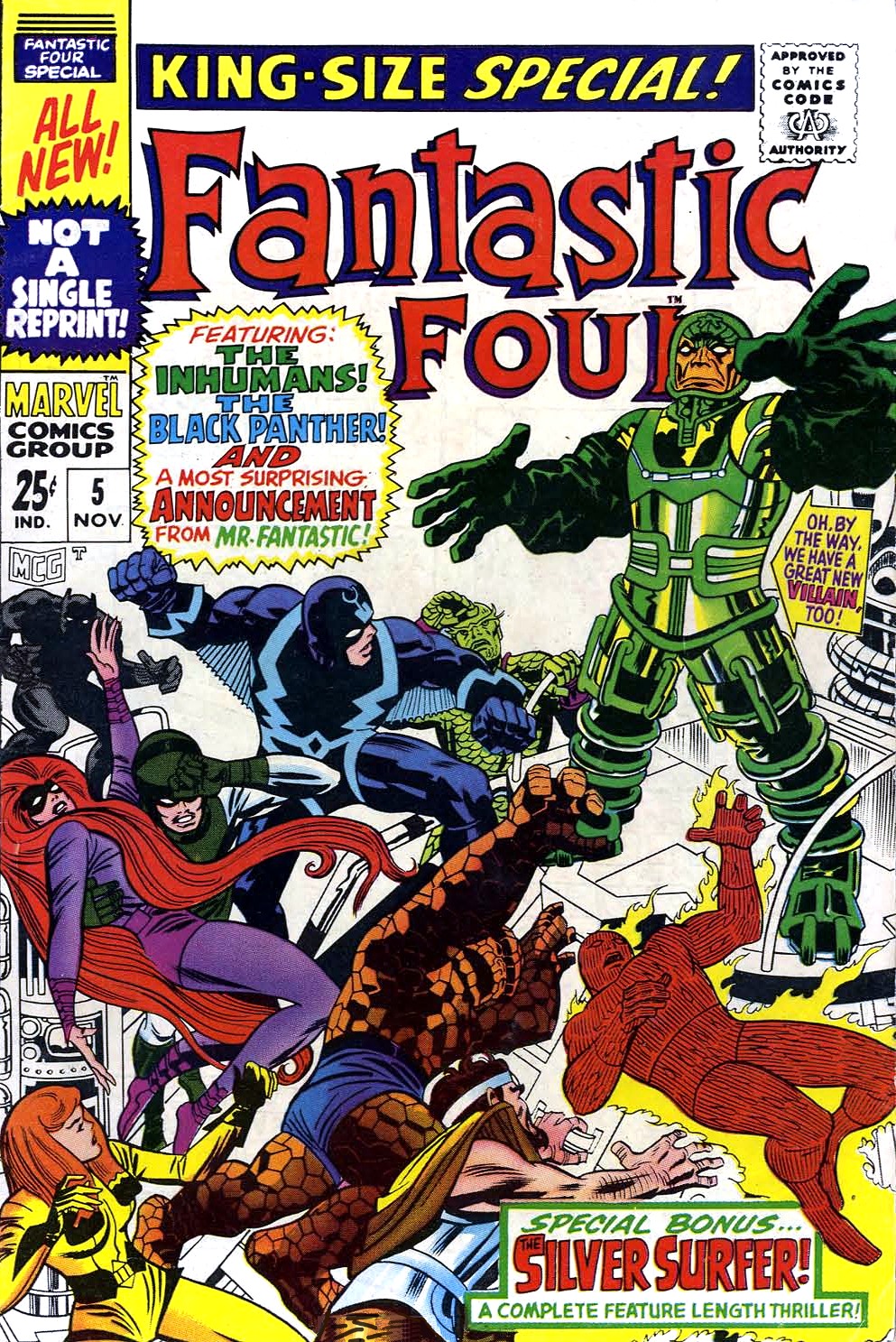 And finally I read this one, where Sue announces her pregnancy, while sitting in the car waiting for my Dad to finish a horseshoe match!

And here's the thing. All of these books still exist for me to re-read and others to still discover. They may seem simplistic compared to today's sophisticated plots and art but brother, comics don't GET any better than the original FF!

Posted by Booksteve at 9:38 AM