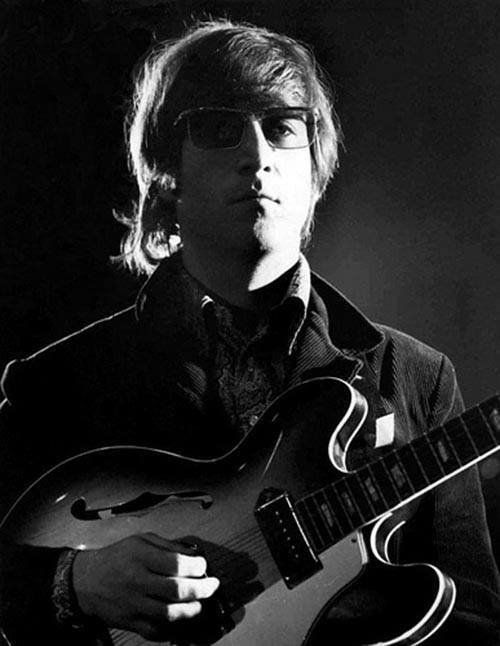 Of course, we didn't GET John until 74. In fact, he's almost been gone now as long as we had him. Sigh. There's no way to envision what Lennon would have been like on his 74th birthday today. The man was a chameleon. Over and above his talent, he was a very complex man with a lot of bad qualities. But he was always striving to learn and to grow. Sometimes, he was too easily influenced by others but he used it all as a learning experience. Was John Lennon perfect? Of course he wasn't. He was probably far less perfect than many of his contemporaries in music in fact. But the thing to remember about him is that he was evolving so very rapidly and so very publicly. The Lennon of 1961 bears little resemblance to the Lennon of 1964 and is worlds away from the Lennon of 1967, just six years beyond! Sometimes it's hard to remember that they were all really the same very flawed, very human but very fascinating man!

Posted by Booksteve at 5:58 PM