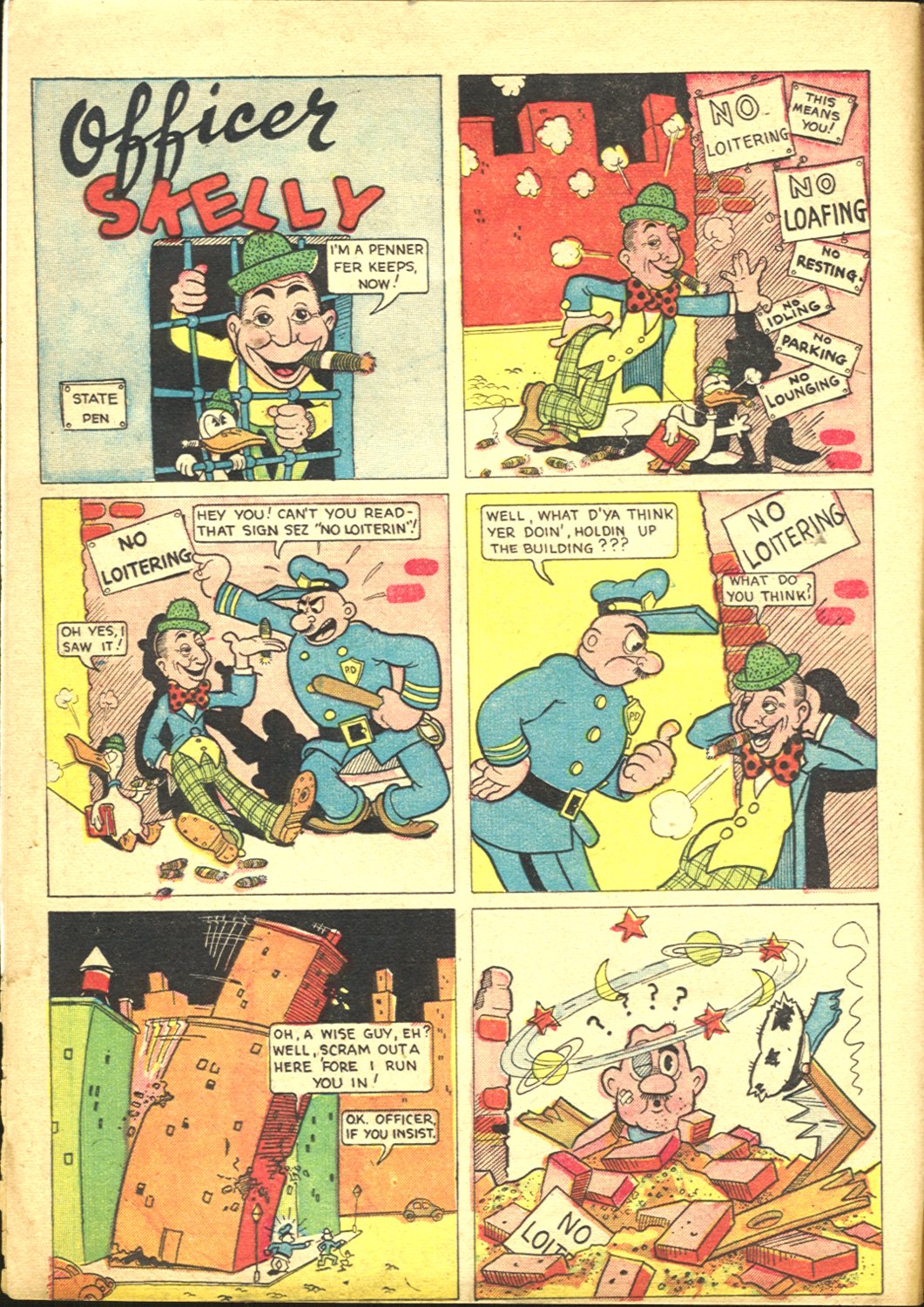 This may be of interest only to me but at top you see a one page comic strip--credited to Jack Cole--from a comic book that featured radio and Vaudeville comic Joe Penner, known for his catch phrase, "Wanna buy a duck?" The comic came out a bit prior to Penner's untimely passing at the age of 36 in 1941.

Below is that same strip, reprinted 5 years after Penner's death for some reason. While keeping the duck and the other trademarks that would readily have been recognizable still to slightly older readers, the reprint eliminates the one line in panel one--word balloon and all--that identifies the character as Penner! 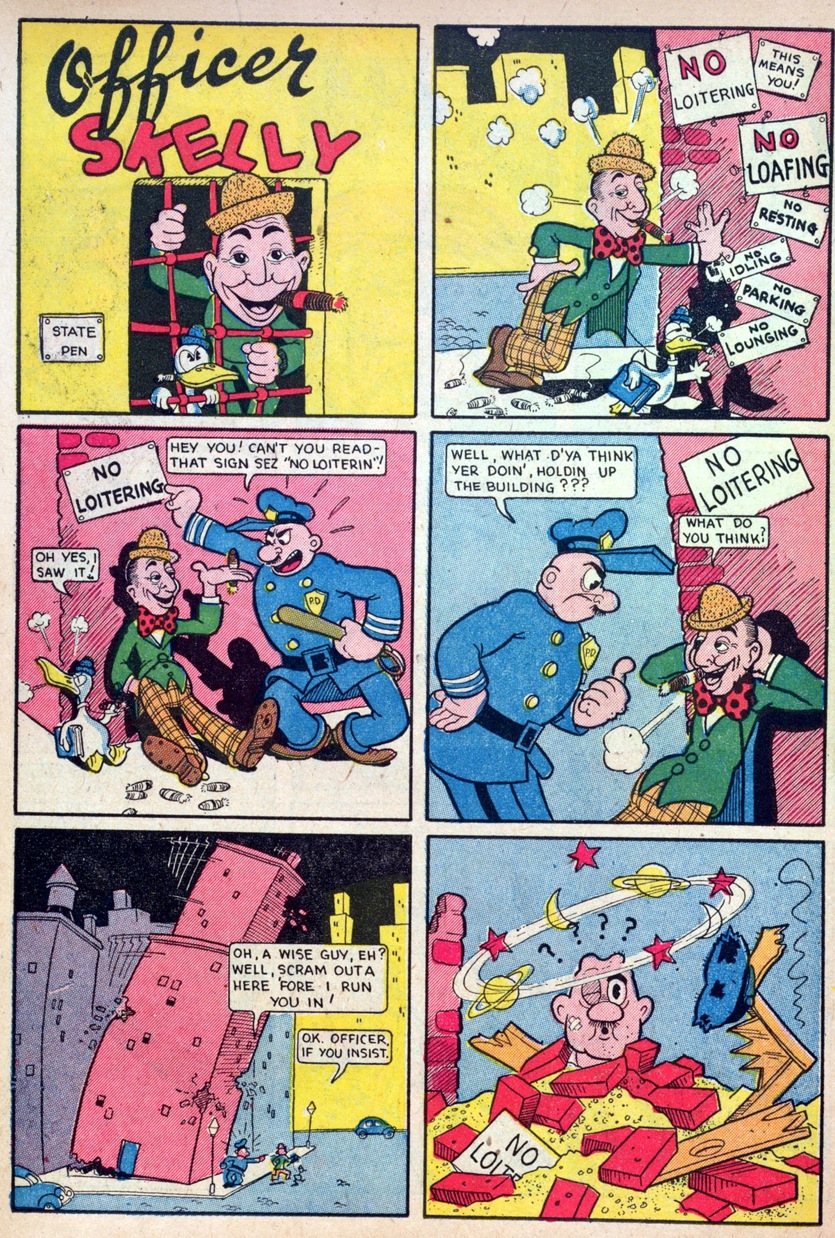 Posted by Booksteve at 1:06 AM