Get Off My Lawn, Conan! 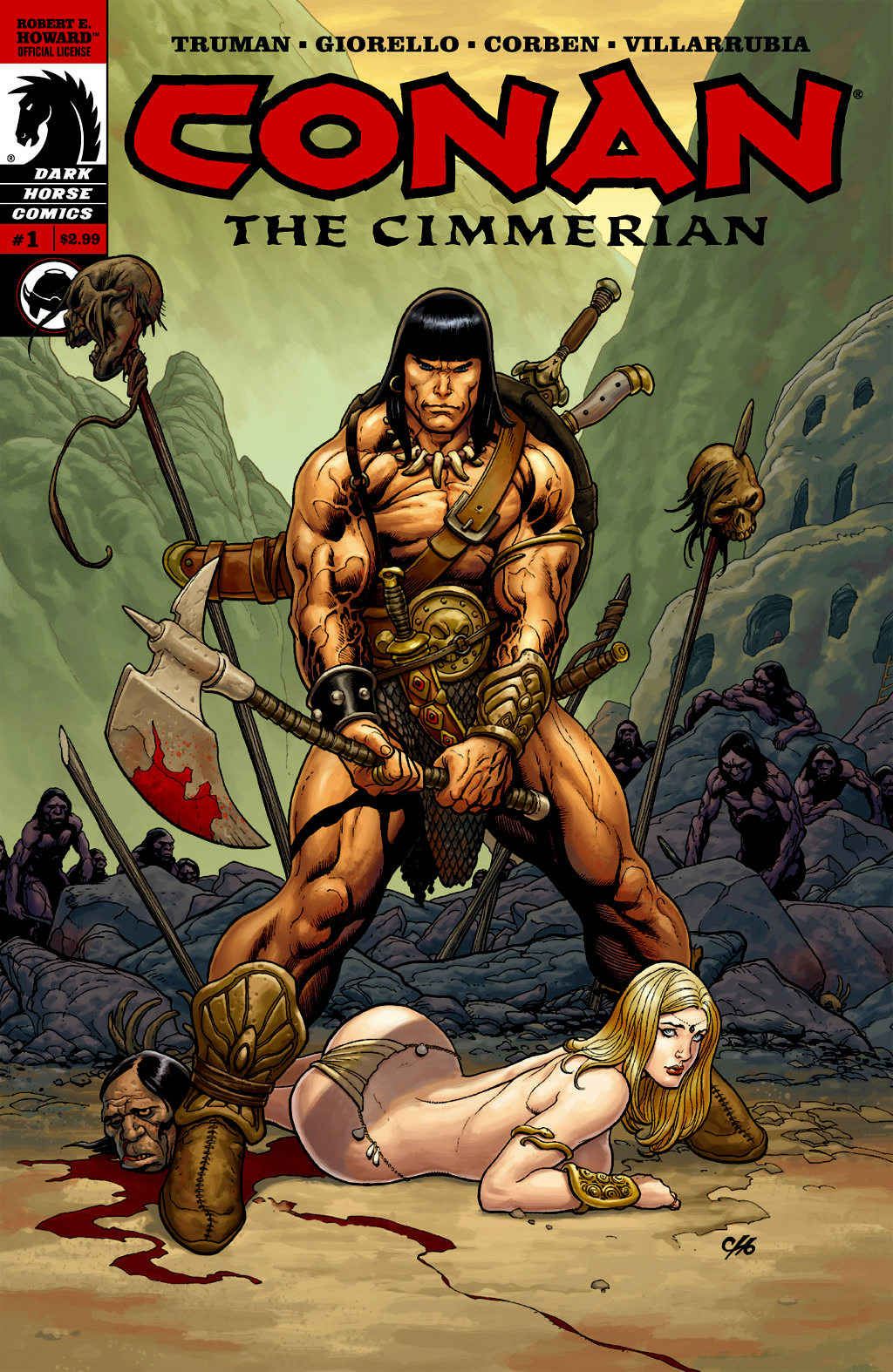 Is it just me? I used to love Conan back in the day, especially the more adult SAVAGE SWORD tales. I had actually avoided the early issues of the Marvel comic but was introduced to it via those packs at the corner grocery where you got 3 coverless or partially coverless comics for a quarter. When I saw Barry Smith’s rapidly evolving art, I began seeking out back issues on purpose. In time, with Roy Thomas’s help, I discovered the mythos of both the character and the property.

Today, though, I ran into this image on the Net. It’s the cover of a relatively recent CONAN title but it looks little different from literally hundreds of earlier ones, nearly all inspired by Frank Frazetta’s paperback covers from the sixties. Only this time—the first time I’ve really looked at a cover featuring the character in probably more than a decade—it bothered me.

Let me preface this by saying that I love Frank Cho’s artwork and have long been a fan of his LIBERTY MEADOWS.

But let’s see. You have the dark-skinned Conan, not a hair out of place, posing with a bloody axe, having presumably lopped off the head of the unfortunate gentleman at left. His axe blade is bloody but not dripping and the blood’s clearly running down-cover from that site so where’s the body? That said, why does our “hero” look so calm and poised? Yes, his arm veins are bulging but not a drop of sweat or obvious signs of exertion. And what about those legs? They look more like dual tree trunks. Even assuming he might legitimately have legs like that, where in the world would he have found boots that fit?

The real issue though is the girl. Now it had to have a girl. I get that. You don’t hire Frank Cho and have him NOT draw a girl. But why is she there? In spite of all the obvious recent carnage, she looks almost drugged, even as the blood congeals under her thighs. And why is she dressed in a Slave Princess Leia costume anyway? Where did she come from? With skin that pale, she isn’t likely to be a local girl and that is most likely not her normal attire. More importantly, what is she doing crawling between Conan’s tree trunk legs in the first place? It looks as though if you were to stand her up she would be a tiny sort, too, except, of course, for that outsized derriere. Is she supposed to simply be just a random sex object, another in a seemingly endless line of submissive females in Conan’s testosterone-bloated universe?

As I said, maybe it’s just me. There was a time I would not only have loved this cover but would have spent long hours trying to draw ones just like it. Now I look at it and see nothing but a violent and potentially dangerous male fantasy catering to base instincts that I like to tell myself most of us have long since outgrown.