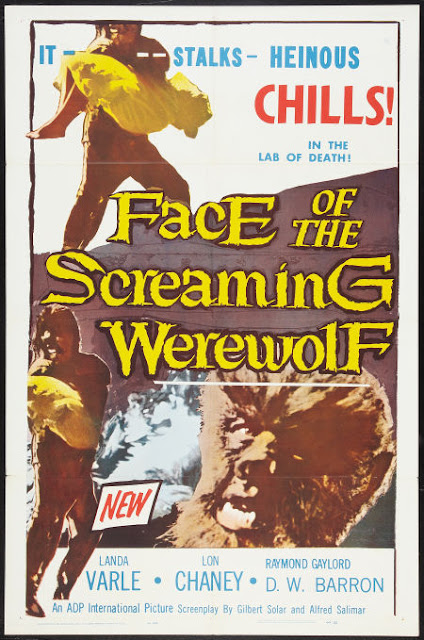 Some good stuff this time including Bela Lugosi's last good role, Lon Chaney's last time as a werewolf, some very rare Judy Garland, radio's Mad Russian in a fun mystery and my all-time favorite B Western series, The Rough Riders starring Buck Jones, Col. Tim McCoy and Raymond Hatton. As always, go here to order these and hundreds of other rarer than rare movies and shows from the best sources around!

FACE OF THE SCREAMING WEREWOLF  (1964)
Stars Lon Chaney Jr. Experimenting in hypnotic regression to past lives, Dr. Edmund Redding of the Cowan Institute in Pasadena has discovered that Ann Taylor is a reincarnated Aztec woman. Via her recovered memories, she is able to lead Redding and his associates to a hidden chamber in the Great Pyramid of Yucatan, where they hope to find the lost treasure of the Aztecs. Instead, they find two mummified bodies - one of a modern man, quite dead, and the other of an ancient Aztec, quite alive. They are able to return safely to Pasadena with both finds, but a rival professor, Janney, kills Redding and steals the body of the modern man-mummy. This he subjects to a resurrection experiment, which works - only the mummy proves to be a werewolf. This creature breaks free of Janney's lab. Meanwhile, a hired thief sent by Janney to steal the other, living mummy, is overcome and that creature escapes also. Two supernatural menaces roam the city that night... 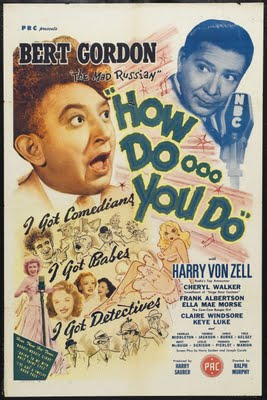 HOW DOOOO YOU DO?  (1945)
Boy, this took us a few years to find. Two radio comics go to Desert Springs, one to get away from his jealous wife and the other to escape the attentions of a comedienne. The body of an agent is found in their room and later disappears. After some sleuthing by the actors and some other detectives, changed just enough from well-known fiction-and-movie detectives to keep from being sued, it is discovered that the agent was not killed, but his body had been concealed by his doctor, who had been experimenting with a new cure for heart trouble...none too well evidently. Stars Bert Gordon as "The Mad Russian," Harry Von Zell, Charles Middleton, Ella Mae Morse, Cheryl Walker and Keye Luke. 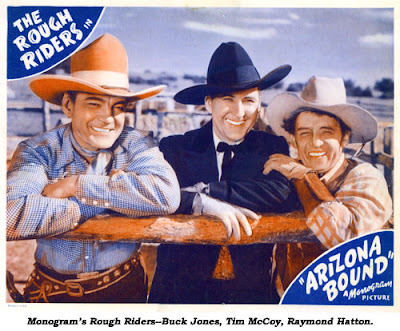 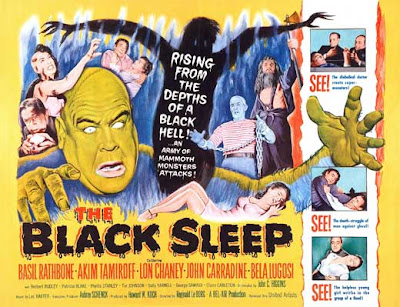 THE BLACK SLEEP  (1956)
Sir Joel Cadman, a mad scientist, kidnaps his victims and cuts open their brains in an effort to discover a means to cure his wife's brain tumor. Shot in February 1956, this was the last completed film project for actor Bela Lugosi. Lugosi was reportedly so unhappy with his lack of dialogue that the director gave the actor some more screen time but purposely put the footage on the cutting room floor. When Peter Lorre's salary demands were deemed too excessive for the limited budget, he was replaced by Akim Tamiroff. Also in the cast: Basil Rathbone, Lon Chaney Jr., and Tor Johnson.
Posted by Booksteve at 6:52 PM