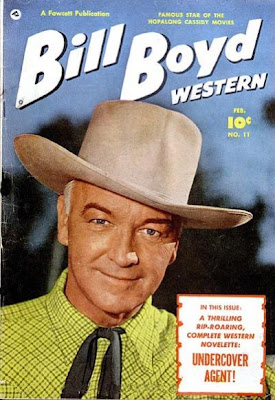 A genre I was never much interested in as a kid was the western comic book. There were only a few by that point, mostly from Marvel and Charlton until the late sixties when DC threw in a couple. Readers of Bill Black's long-running reprint comics won't be surprised by this at all but something that has intrigued me lately is the sheer number of western comics from the forties and fifties. Even more so, the sheer number based on real-life movie cowboys! Here is just a sampling and it's by no means complete. Many of these titles ran for years! The covers are great! 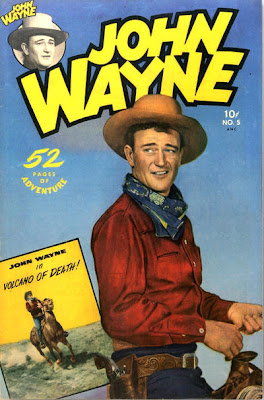 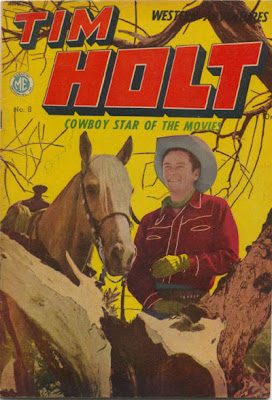 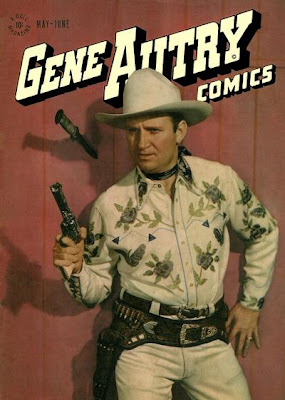 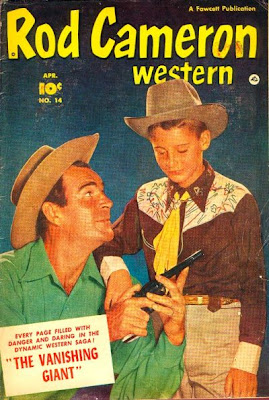 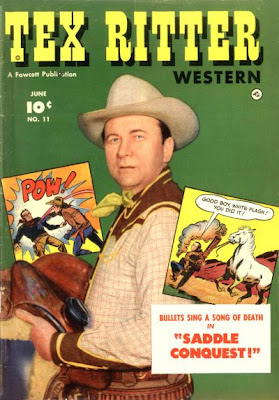 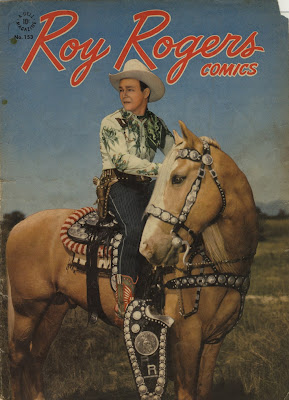 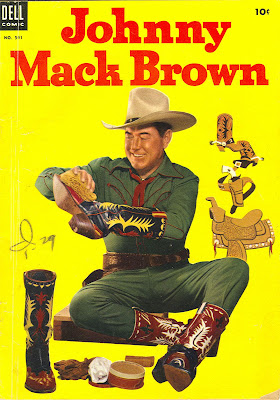 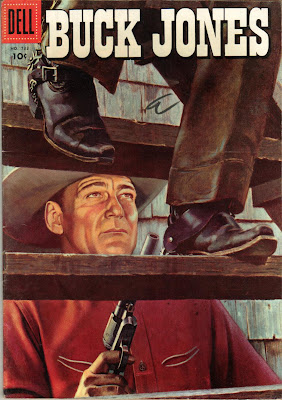 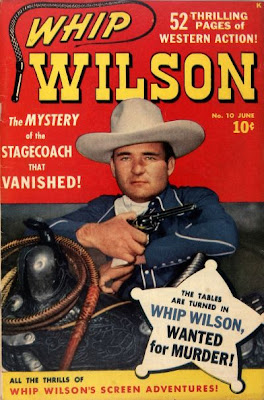 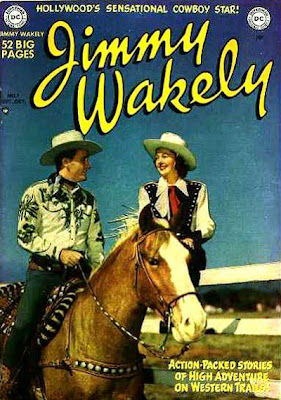 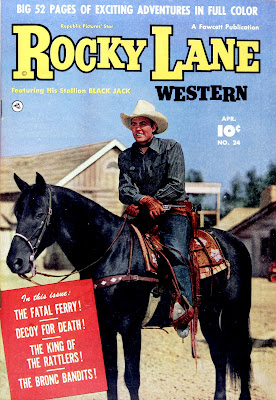 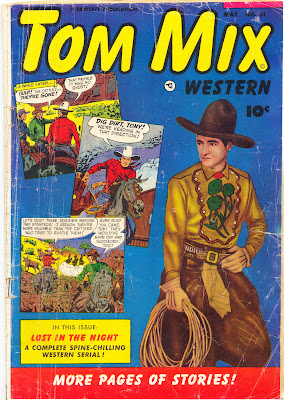 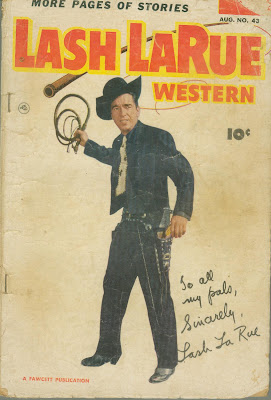 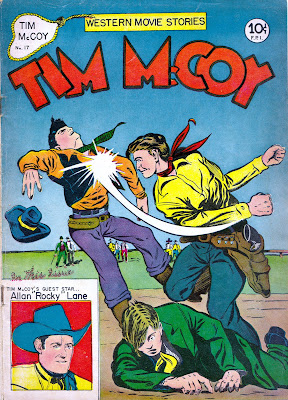 Posted by Booksteve at 8:20 PM