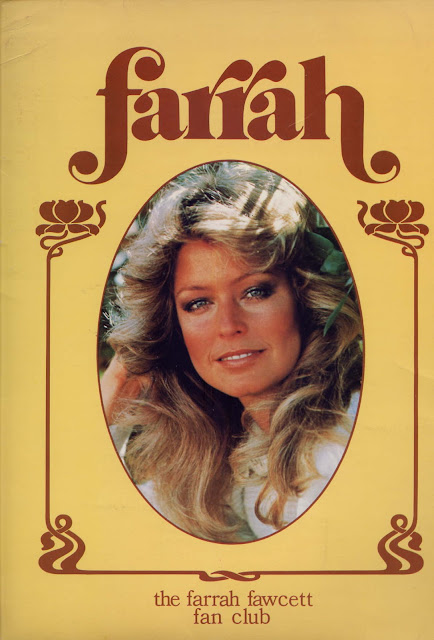 If you followed my 1976 blog, you know that, like every other red-blooded American teenage boy in the Bicentennial year, I was a BIG Farrah fan! In fact, the following year I even joined the Farrah Fawcett Fan Club! I wrote all about it a few years back on the late, lamented BUBBLEGUMFINK blog but Fink took that post with him when he crashed and burned. Today I found some of the scans of the Fan Club kit on an old hard drive! 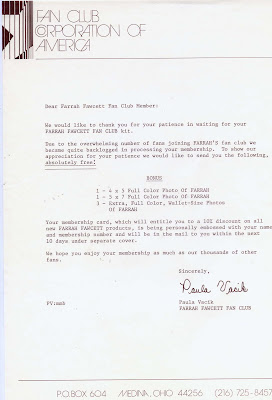 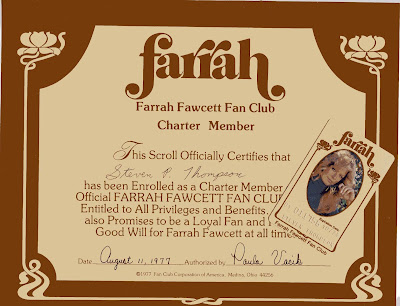 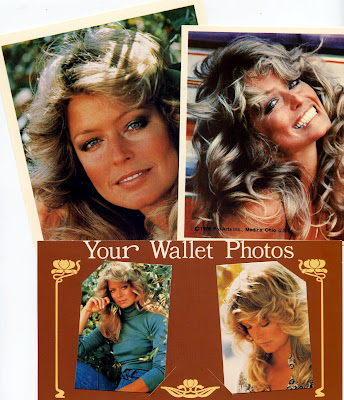 Posted by Booksteve at 6:15 PM