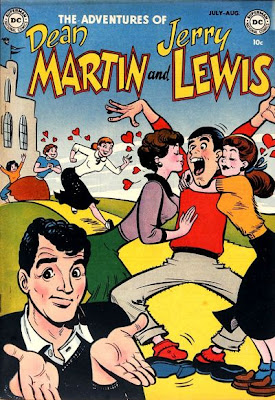 On this Labor Day weekend when traditionally thoughts turn to Jerry Lewis, we present a cover gallery of just a few of the nearly twenty years worth of licensed comics from DC that began in 1952. Starting with THE ADVENTURES OF DEAN MARTIN AND JERRY LEWIS, we see Dean disappear after 40 issues never to be mentioned again. Jerry's zany character softens just a bit and adaptations of his films are even tried with photo covers. An attempt at giving Jerry a regular genie falls flat.

After a while, Jerr ends up playing straight man to a bratty nephew and the pair pick up a witch as their housekeeper. This lasts quite awhile and it's during this period that we are introduced to Camp-Wack-A-Boy, an essence a Nazi-run summer camp. Oh, what tasteless fun!

Then we go through the period where our hero is teamed up with other DC characters--specifically Batman and Robin, Superman, Flash and Wonder Woman.

Through much of this ridiculosity, the art was a real showcase for Bob Oksner who drew cuter girls than any other comics artist ever! 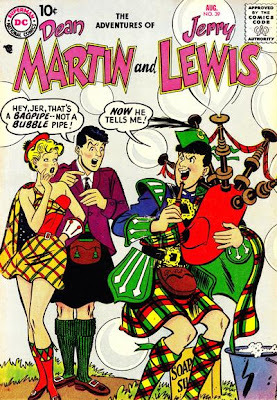 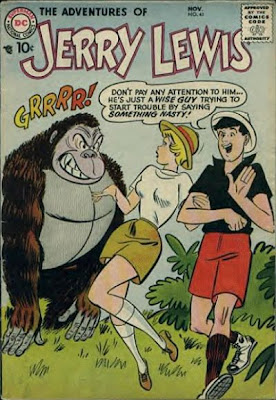 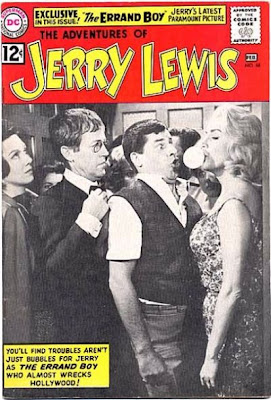 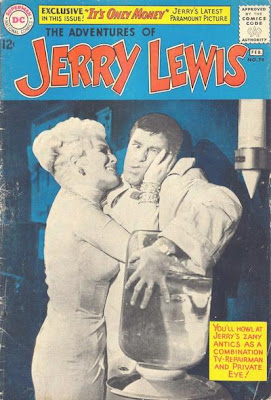 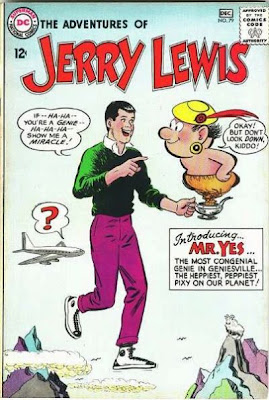 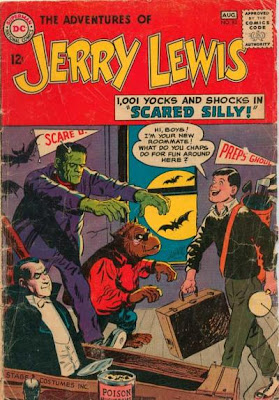 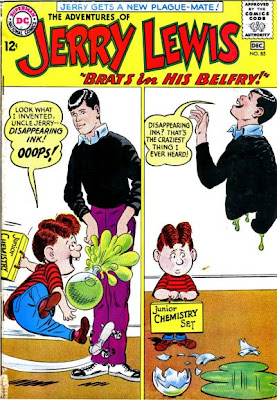 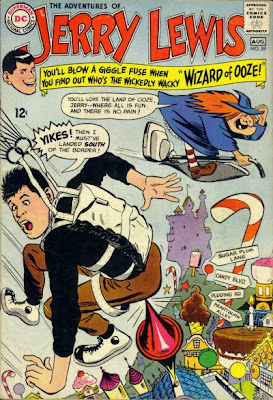 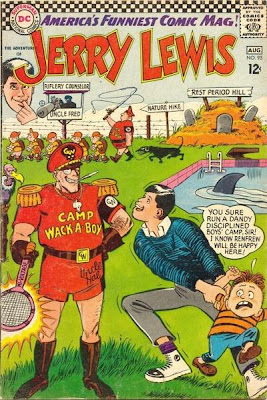 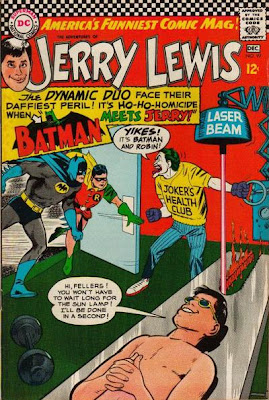 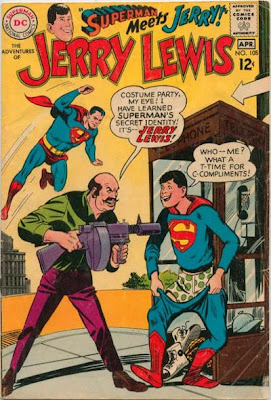 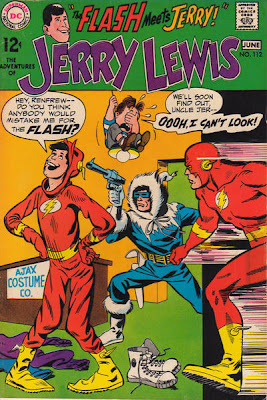 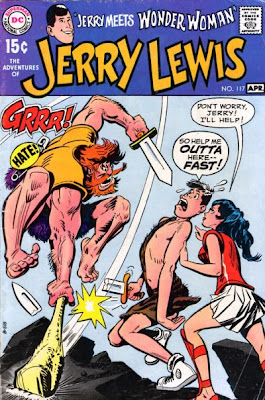 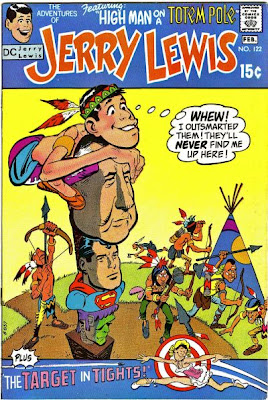 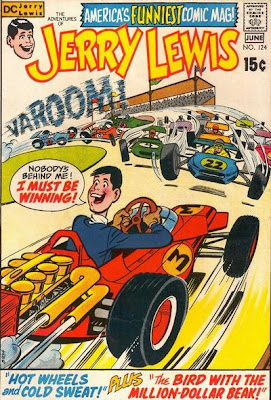 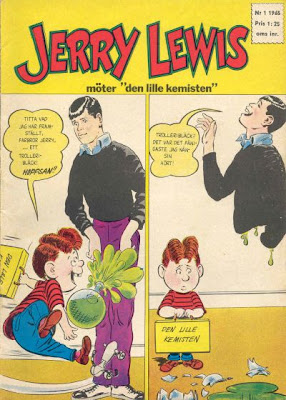