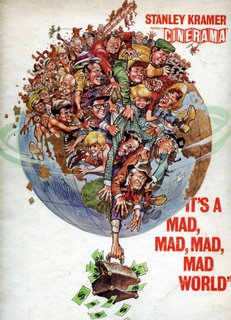 Got an extremely nice plug from everybody's favorite, Mark Evanier last night so here's one for Mark. I have no doubt that being the uberfan of this film that he is that he has the souvenir booklet but here's the truly mad Jack Davis cover and a fascinating collection of brief biographical pieces of the film's stars...written by the film's other stars! (Wish I could have scanned the triple page Davis foldout but my resources are limited.) 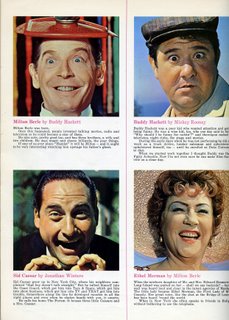 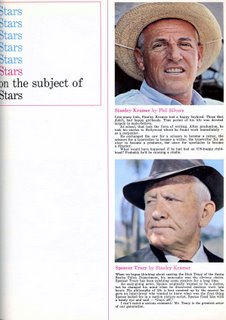 I first saw the film in an 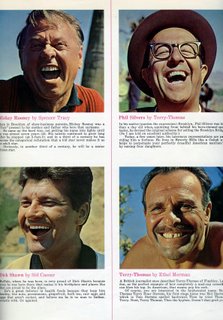 early seventies theatrical re-release and even then was playing spot the stars. As I learned more about the movies, I appreciated this film even more when I saw it a few years later on a special network TV airing. Spencer Tracy had to be the bravest actor in the world for agreeing to play opposite all of these marvelous, scene-stealing hams. 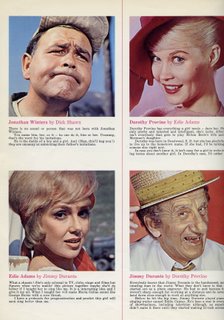 The picture spawned a tradition of all-star comedies that continues to this day albeit with diminishing returns. This, though, is the original, the template, the model. IT'S A MAD, MAD, MAD,MAD WORLD is comedy gold. If you haven't seen it, check it out at your local library today. For more info, check the archives over at Mr. Evanier's place. Thanks again, Mark!
Posted by Booksteve at 10:25 AM