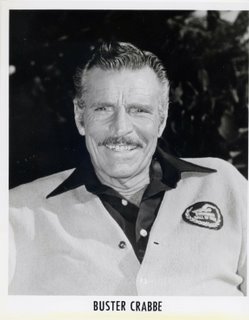 Former Olympian Buster Crabbe was the original king of the movie serials, appearing in the 1930's as Tarzan, Buck Rogers and, most memorably, Flash Gordon three times. 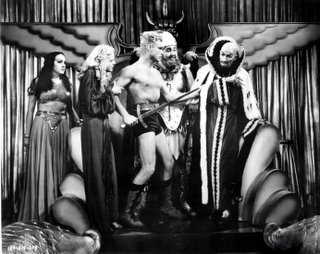 In the fifties, he appeared on TV and in comics as Captain Gallant--datajunkie has an issue of the comic book tie-in up. He also had a self titled comic book of mostly westerns. Buster continued to appear in low budget westerns long past the point where anyone paid to see them, then faded finally into the business world, returning only occasionally 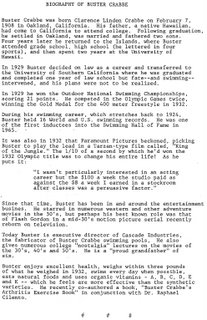 as in a late seventies guest shot on Gil Gerard's TV version of BUCK ROGERS. How I came to have a press kit on Buster from that period, I have no earthly recollection but since I do, I thought I'd share.
Posted by Booksteve at 1:26 PM