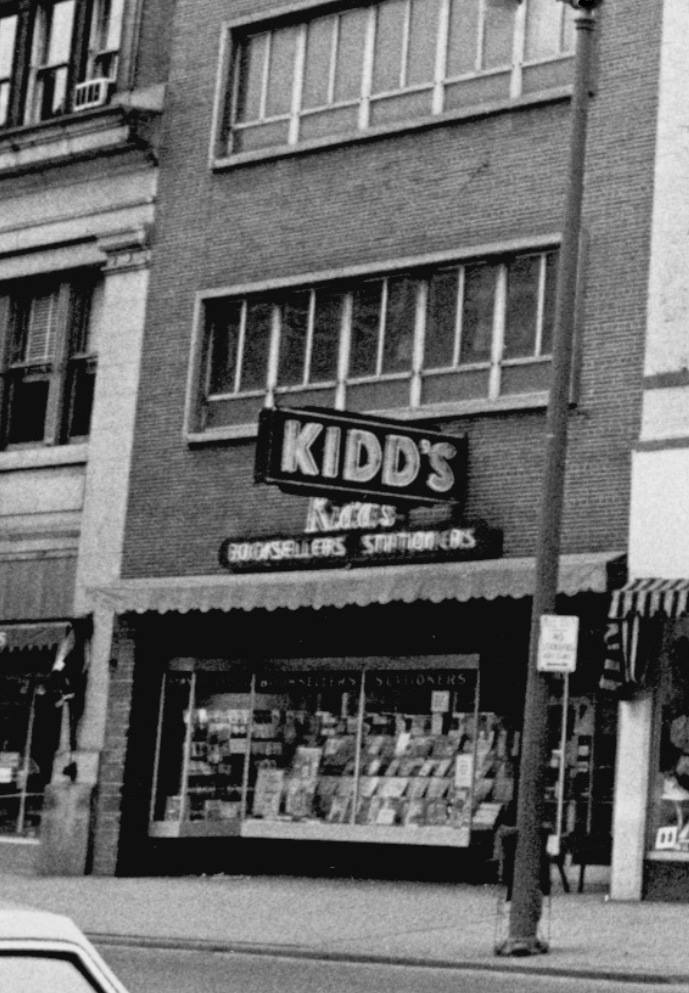 I was waiting on a bus to the Zoo with my parents in front of Kidd's bookstore one day when I was 11 years old. In the window, they had a giant sized book with lots of superheroes on it! When we came back later that afternoon, I insisted that we HAD to go in and see what that book was! Turns out it was vol 1 of the STERANKO HISTORY OF COMICS. I talked my parents into buying it and then returned several times a week for the next 7 years or so until they moved. I rarely shopped upstairs, though, as the downstairs was more or less a head shop with hippies and underground comix, the first fanzines and European comic albums I ever bought, and every new book about comics that came along! 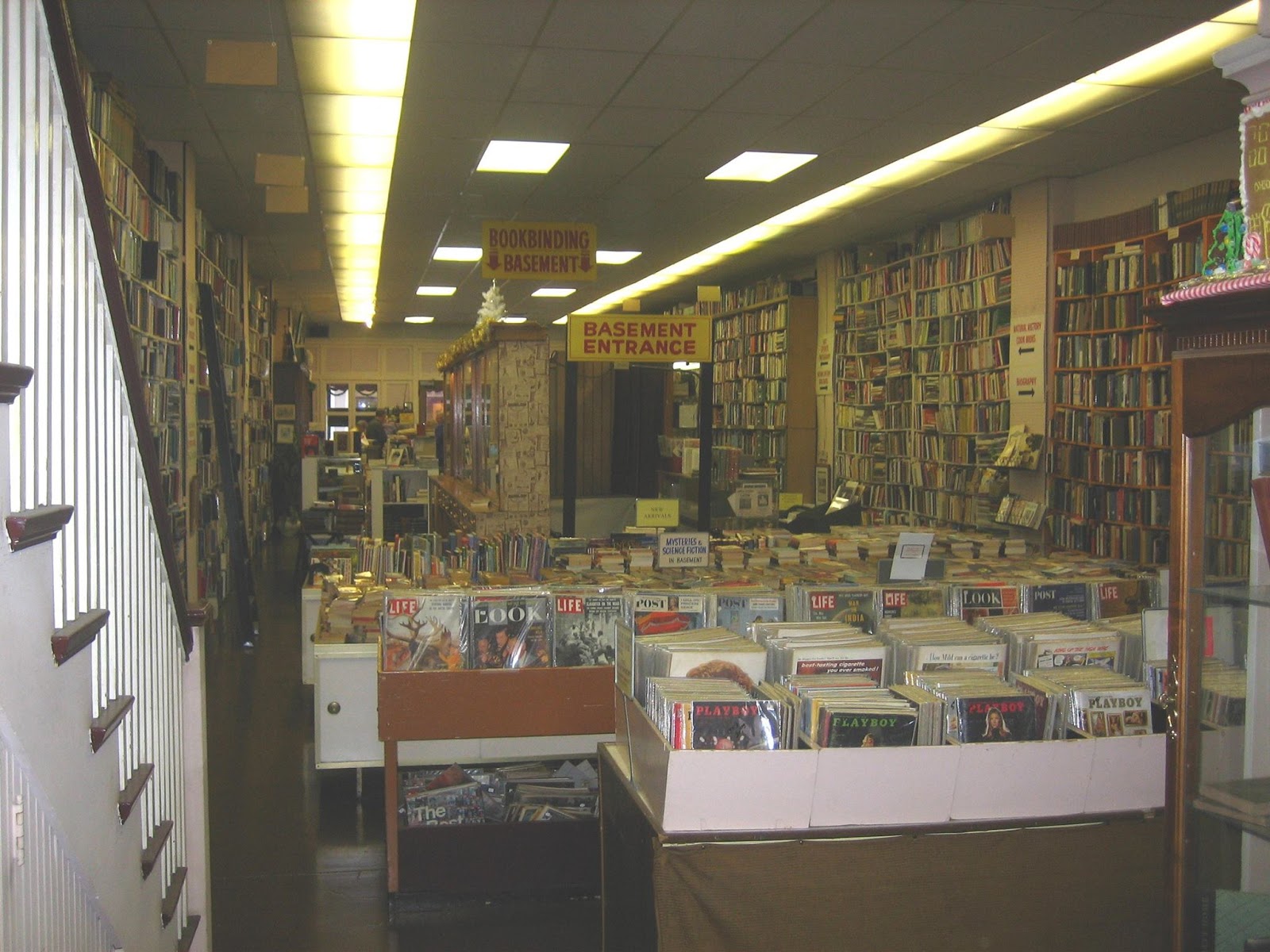 Above is the interior of The Ohio Bookstore. Unlike Kidds, it's still there and still run by the same folks. They used to call me and my friend Terry back in the '70s whever they got in Golden Age comics. I found out years later they had a list of people they called so we weren't as special as we thought we were! This is arelatively recent picture but it really doesn't change much over time. Same people running it even!
Posted by Booksteve at 5:46 PM