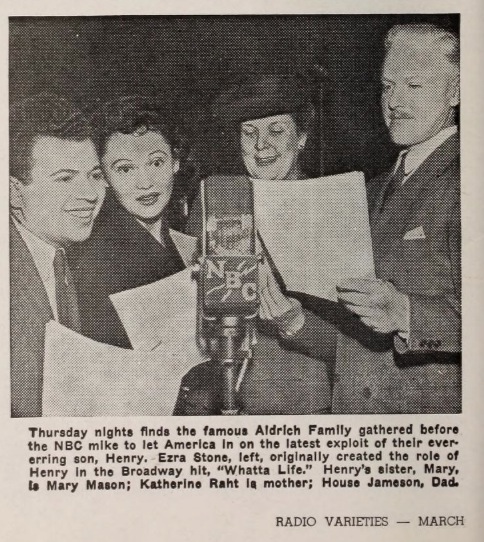 Here's Ezra Stone with the cast of THE ALDRCH FAMILY, arguably the world's first sitcom. I was privileged to appear opposite Ezra some 25 years ago now in one of his last appearances as Henry Aldrich in a re-creation at Cincinnati. I played his sidekick, Homer. If you ever read a biography of composer Irving Berlin, look for Ezra, who played an important role in Berlin's story. In later years he became aTV director known for THE MUNSTERS, LOST IN SPACE and DIANA, the sitcom with Diana Rigg.

Posted by Booksteve at 7:26 PM