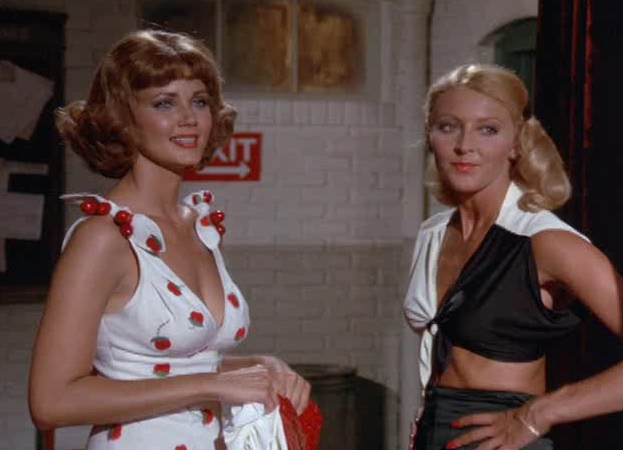 I've been informed that the Christa Helm episode of WONDER WOMAN will be airing tomorrow evening on ME-TV. Check here for details: http://metvnetwork.com

If you don't know who the ill-fated Christa Helm was, go here for our extensive coverage: http://christahelm.blogspot.com

With a thankless role in a horror movie, a starring vehicle that remains unreleased, some long lost commercials and a bit part on STARSKY & HUTCH, this WONDER WOMAN episode stands out as actually the pinnacle of Christa Helm's tragic career. If you haven't seen it, or if you didn't know about Christa when you did, now's your chance.
Tomorrow.
Posted by Booksteve at 7:41 AM