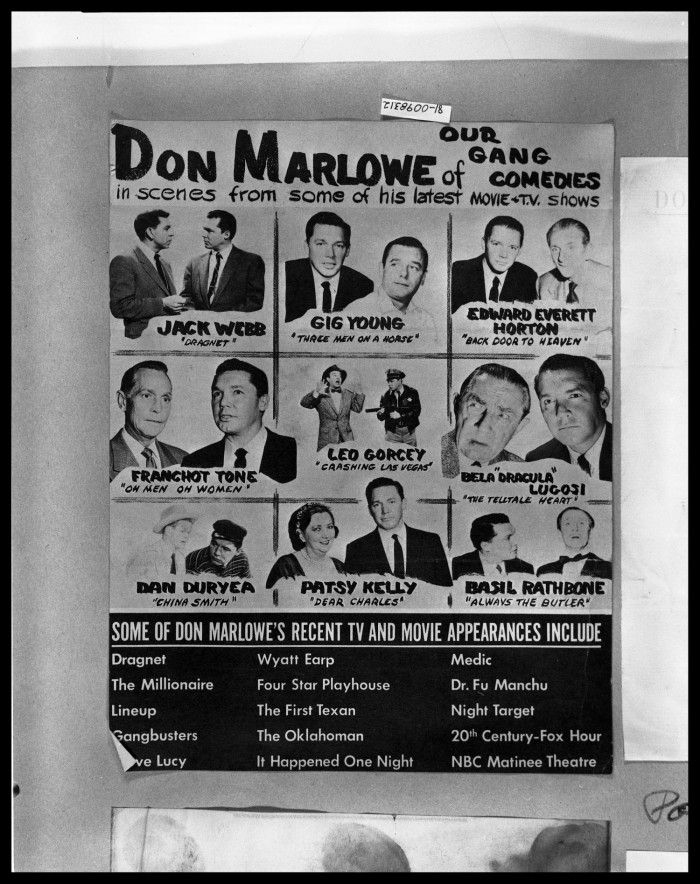 This guy was quite the con artist. A very small time actor in the 1950s, in 1968 he published his memoirs which repeated his oft-told claim of having been Porky in the Our Gang comedies. Since, by his own admission, he was born in 1919, this would have made him 16 when Porky was in the series as Buckwheat's partner in crime and sometimes Spanky's "little" brother. Of course, the fact that it was common knowledge that Eugene Lee was Porky never stopped his claims.

Marlowe also claimed to have befriended Bela Lugosi for 3 decades, acting as his "unofficial" agent. He also claimed at one point to have test footage from Lugosi's aborted version of FRANKENSTEIN!

Not to be outdone by that claim, he also claimed to have Karloff's unpublished memoirs which he intended to publish!

His book was hyped with the claims of how he knew old Hollywood better than anyone because HE was there...as it went on to mis-identify people in photos and stories left and right. 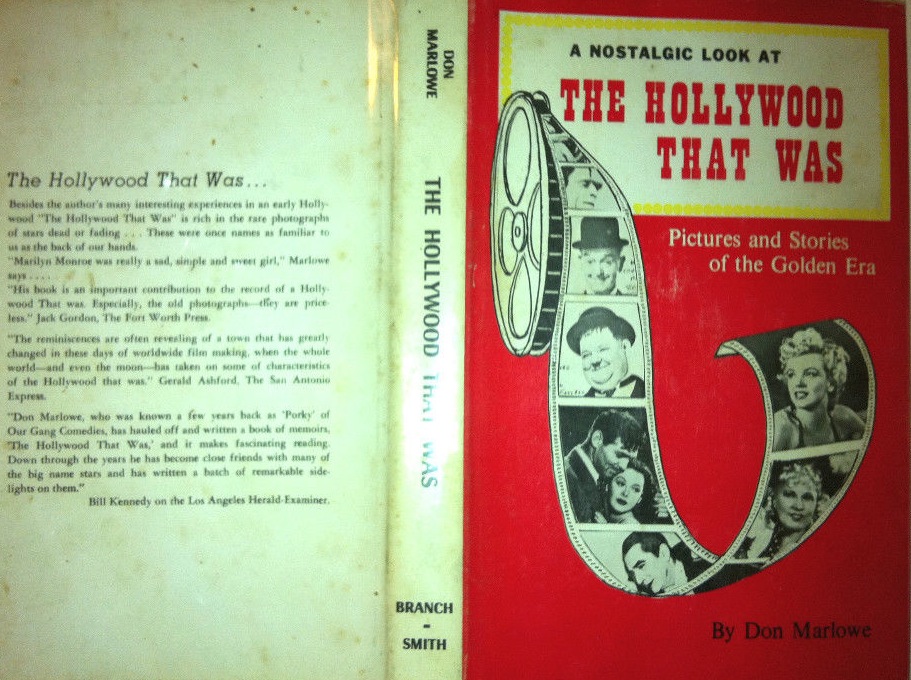 Posted by Booksteve at 8:49 PM