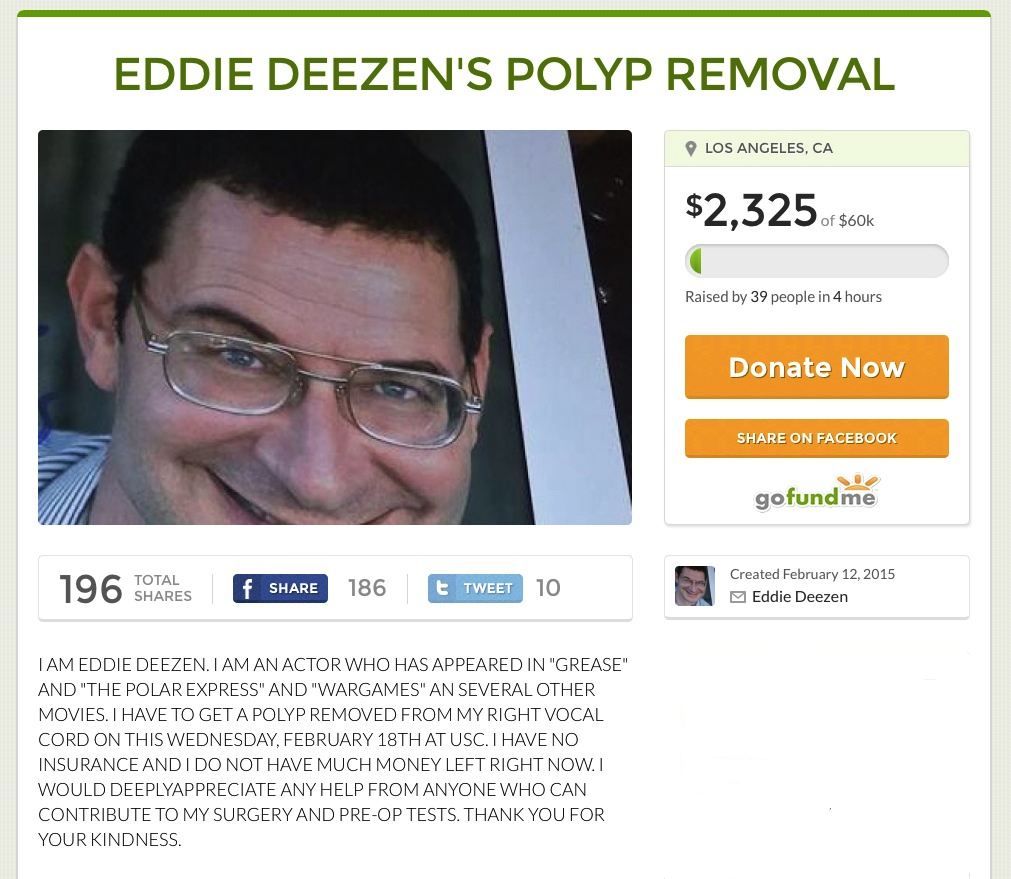 My Internet friend Eddie Deezen has been a unique and welcome comic presence in movies for four decades now. He easily stole scenes in big-budget films including GREASE, WAR GAMES, 1941, POLAR EXPRESS and--generally considered his best performance--I WANNA HOLD YOUR HAND. As one of the world's greatest Beatles fans and trivia experts, his role in that film was almost autobiographical.

Likewise, he took the lead role in fun lower budget, often straight to video releases such as BEVERLY HILLS VAMP and MOB BOSS. In more recent years, he became a memorable voice actor in everything from SPONGE BOB to SCOOBY DOO and charmed a whole new generation as rival genius Mandark in DEXTER'S LIBRARY.

Eddie recently revealed that a reason his appearances have become much more infrequent is that he has developed a polyp on his vocal cords that he is now scheduled to get removed. Contrary to popular thinking, working actors, although they may make good money when they can work, are not rich. Toward that end, Eddie has started a Go Fund Me campaign to offset his medical costs.

He's a good guy and can use your help. Please consider a donation.

Posted by Booksteve at 4:52 PM