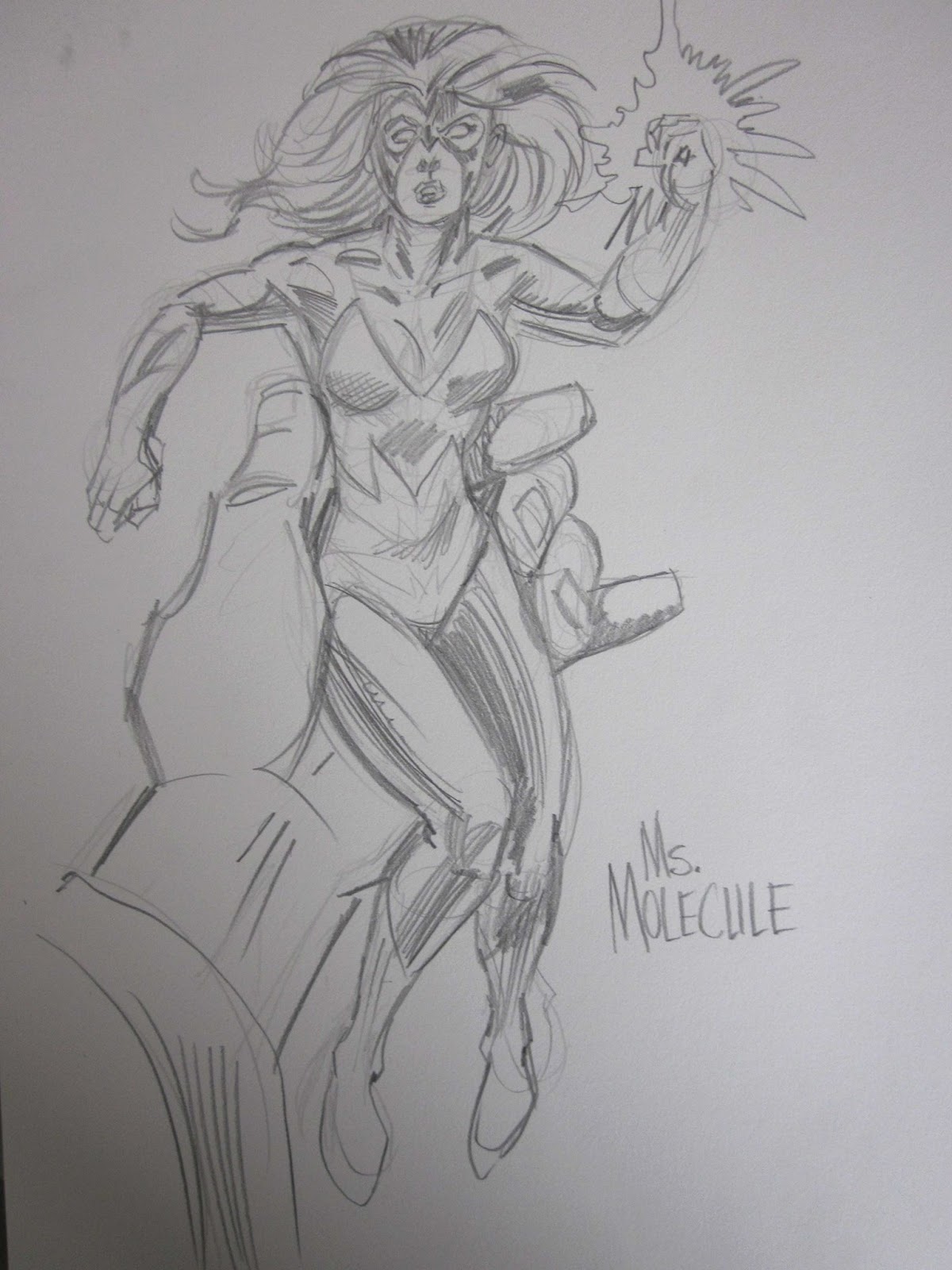 So last night in Facebook's Charlton-Neo group, Mort Todd half-jokingly suggested that the new Charlton needed a small superhero since the Atom and Ant-Man were on the horizon and hot. After I suggested a few joke names, Mort himself suggested Mr. Molecule. My wife, Rene, suggested changing it to MS. Molecule and even came up with a backstory.

Rene wrote: "Young woman has inoperable cancer. She is given an experimental drug which is believed to shrink the cancer but when she is placed in an MRI machine, something goes horribly wrong and she shrinks instead of the cancer. They find a way to bring her back but if they do, her cancer will return. So, she fights crime and longs for the day when she can go back to normal." A later suggestion from Mort and expanded on by Rene was that she could fight medical problems inside the human body a la FANTASTIC VOYAGE. 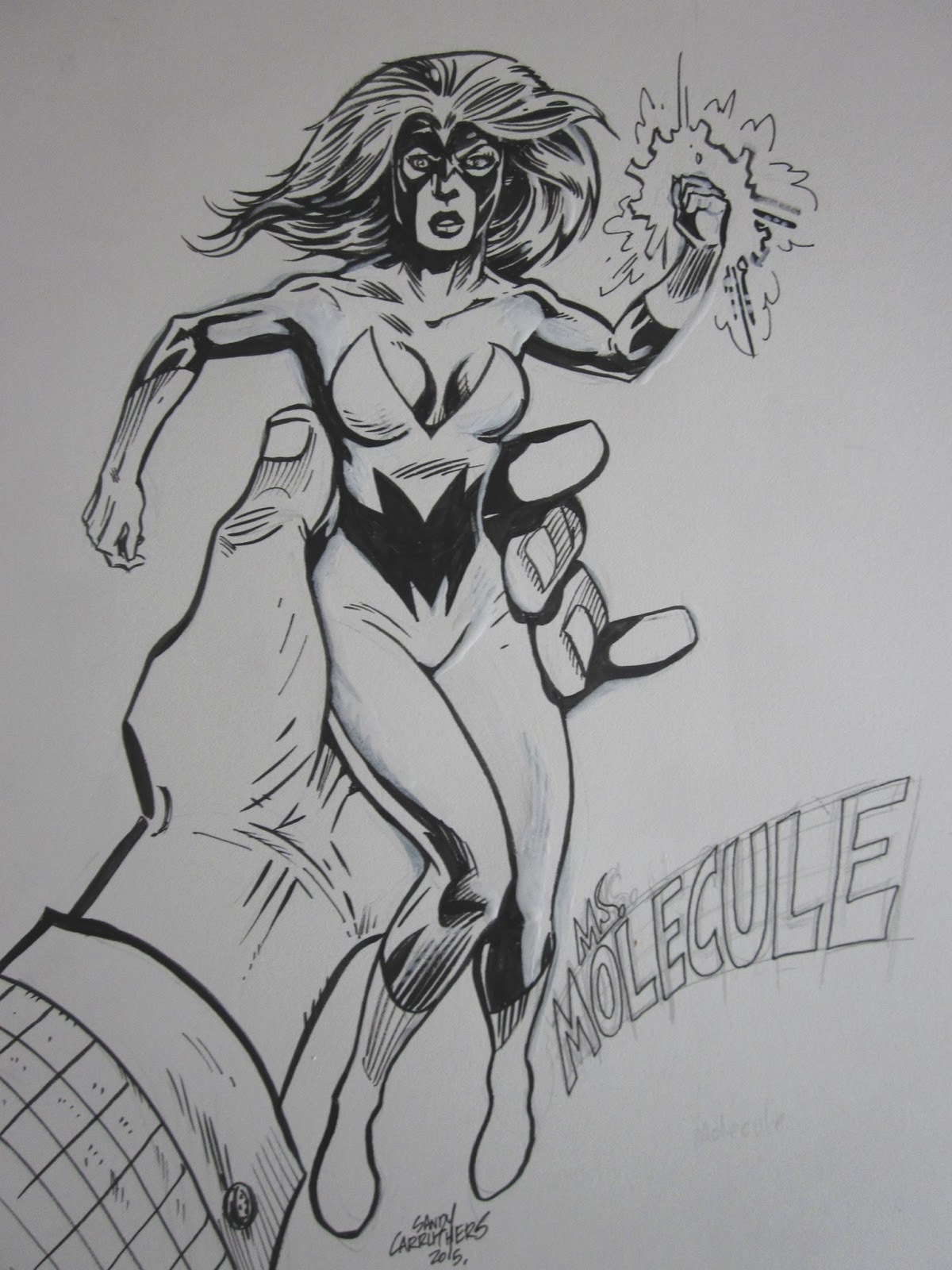 Neo artist Sandy Carruthers (SPOOKMAN, MEN IN BLACK) felt inspired to visualize the character and now there's a little talk of maybe actually doing something with her! Stay tuned! 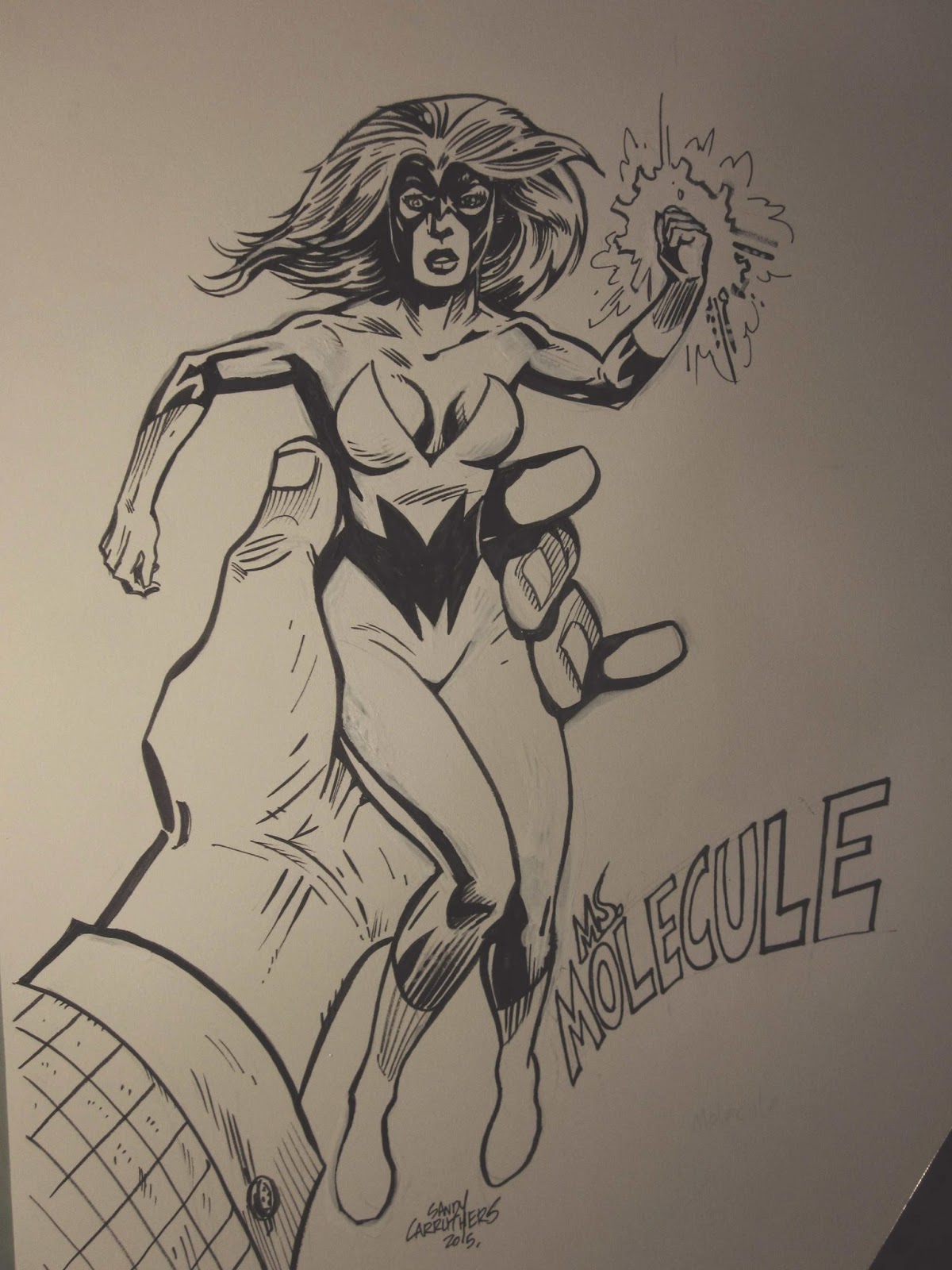 Posted by Booksteve at 6:44 PM