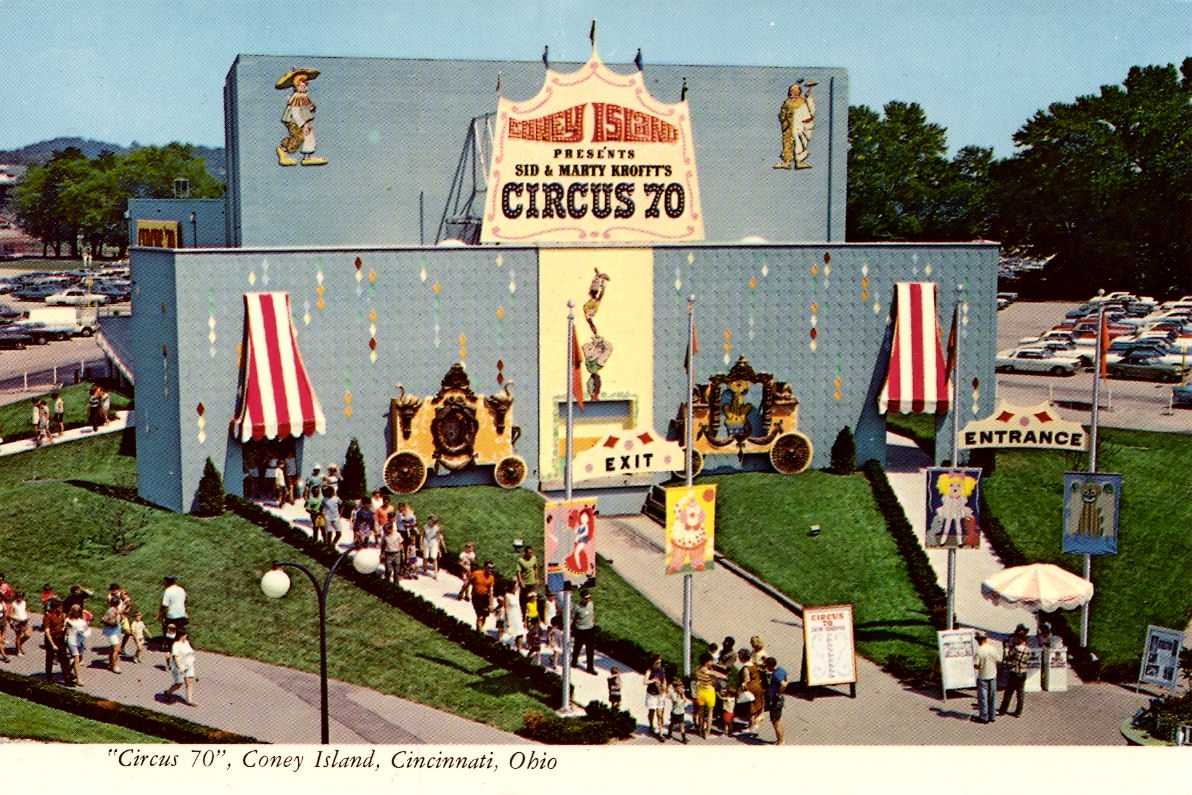 In 1970, Cincinnati's Coney Island opened up a wonderful-smelling, air-conditioned puppet theater that ran a show called Sid and Marty Krofft's Circus '70. What did Sid and Marty Krofft have to do with it? I don't know. They were busy in Hollywood, putting on their psychedelic TV series like HR PUFNSTUF, LIDSVILLE and THE BUGALOOS, all of which would, at one time or another, be represented in this theater over the couple of years it was there before the entire theme park closed.

Did Sid train the puppeteers perhaps? Or at least supervise their hiring? (It would have been Sid because I've learned from working with Kathleen on her book that Marty was the business guy. Sid was the creative guy.)

It became Kaleidoscope a year later but continued on with a marvelously clever and entertaining puppet show. Other Krofft presentations appeared at other amusement parks but the idea did not follow on to the then-new Kings Island when Coney Island closed.

Posted by Booksteve at 1:23 PM