Recently I got into a discussion with son Bookdave regarding the Spirit's oh-so politically incorrect sidekick, Ebony White. Just about everyone acknowledges Eisner's genius and that THE SPIRIT remains a pinnacle of comic art but it gets harder and harder to accept the racially stereotyped Ebony.

The thing is that the Spirit himself is a cipher. He has no real character other than being stalwart and tough. He's there just for the action. In many of Eisner's best stories, he simply shows up in cameo at the end. No, it's Ebony who--to me--is the true emotional heart of the strip. Visually unacceptable though he is and with an unfortunate dialect, he nonetheless is, in a way, a great character. Contrast Ebony to Steamboat in CAPTAIN MARVEL or Whitewash Jones in YOUNG ALLIES. They are offensive pure and simple, even to me as a white man. From the first time I saw them. Not so Ebony! Tonight I was hanging around the edges of a discussion of Ebony online between, among others,  African-American creators Milton Knight and Cartoon Joe. That;s what led me to dig out these pieces where Eisner himself attempted to rationalize or apologize for Ebony. But the fact remains. When Will tried to write him out and replace him with a similar white kid, Sammy, it just didn't work as well. 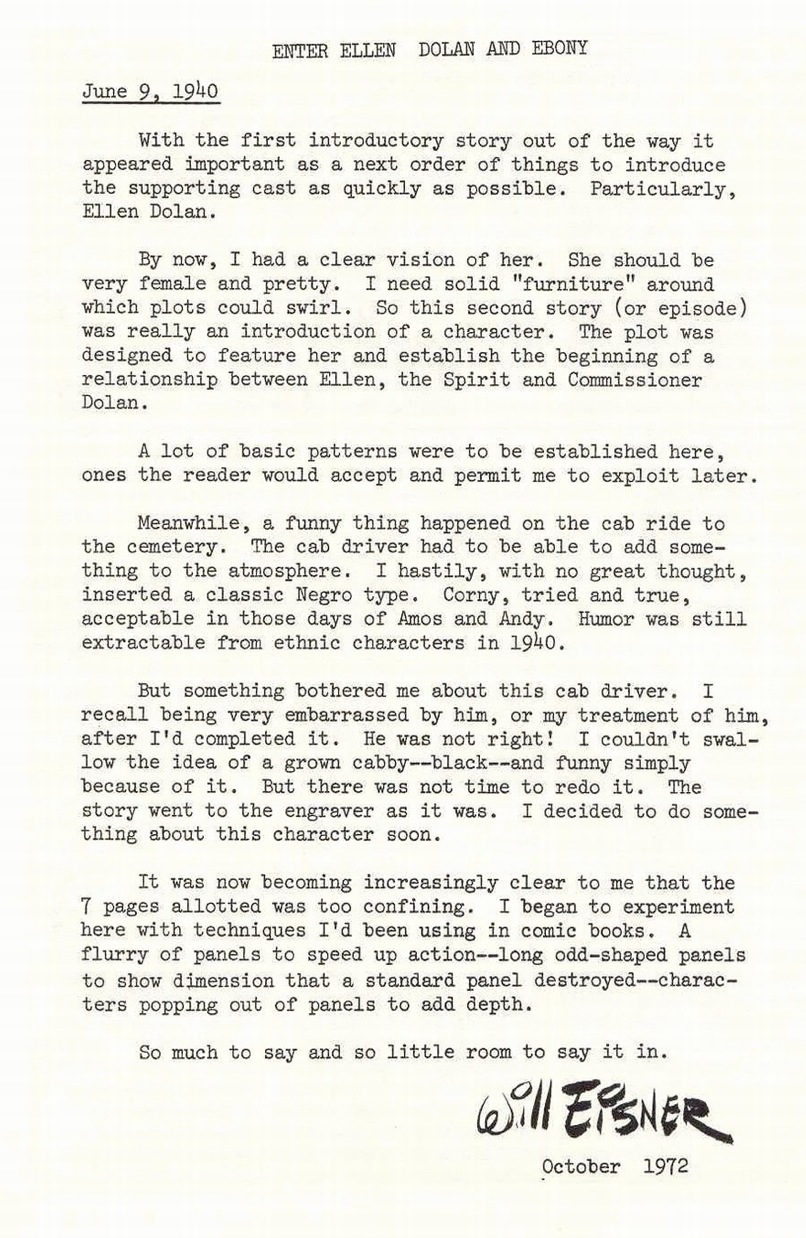 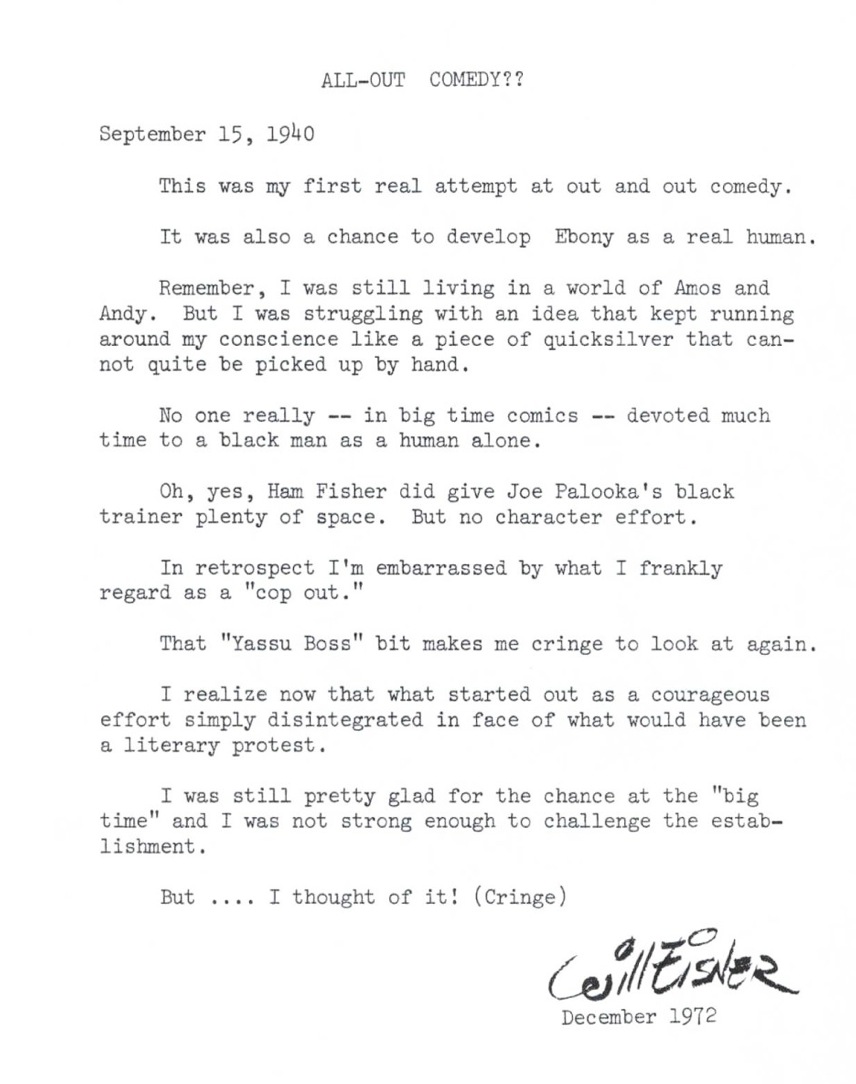 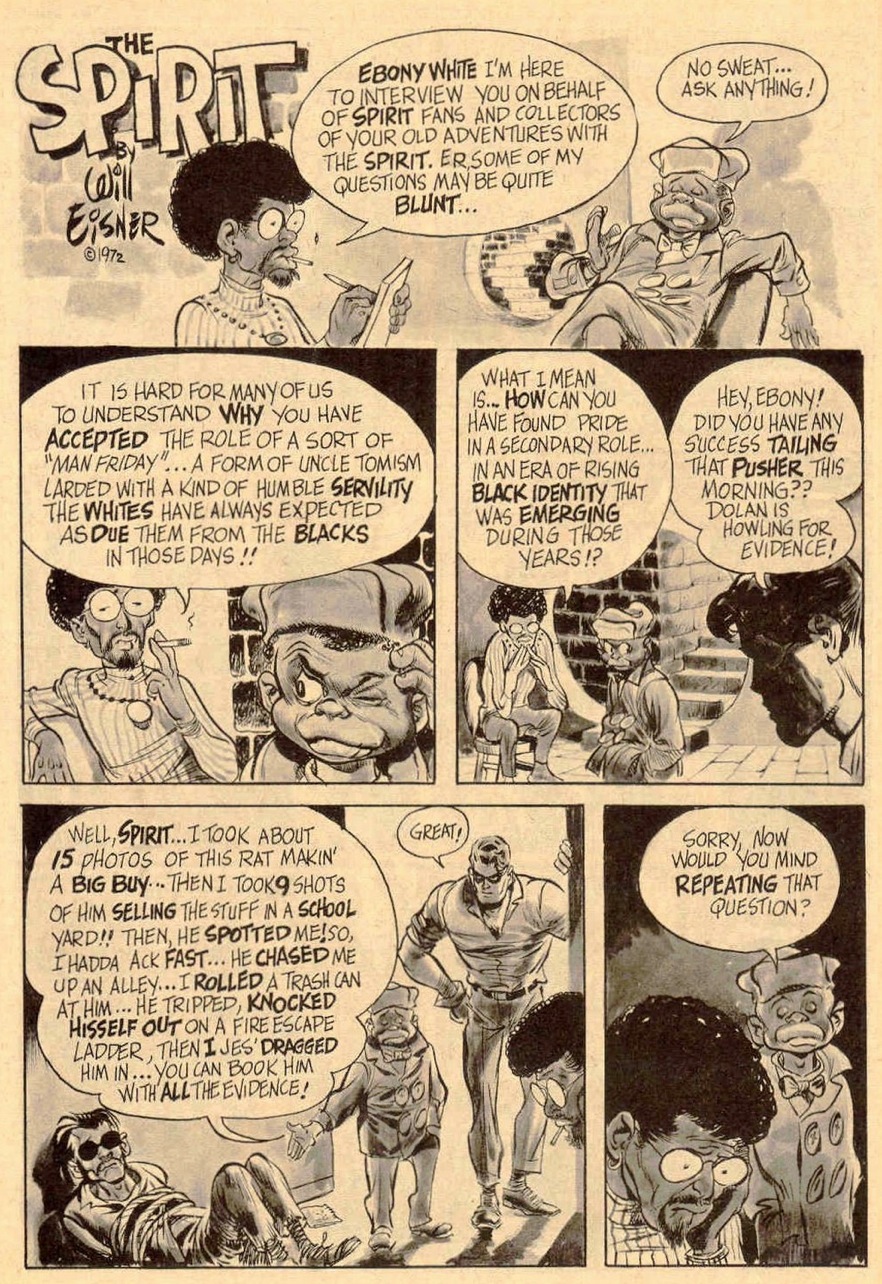 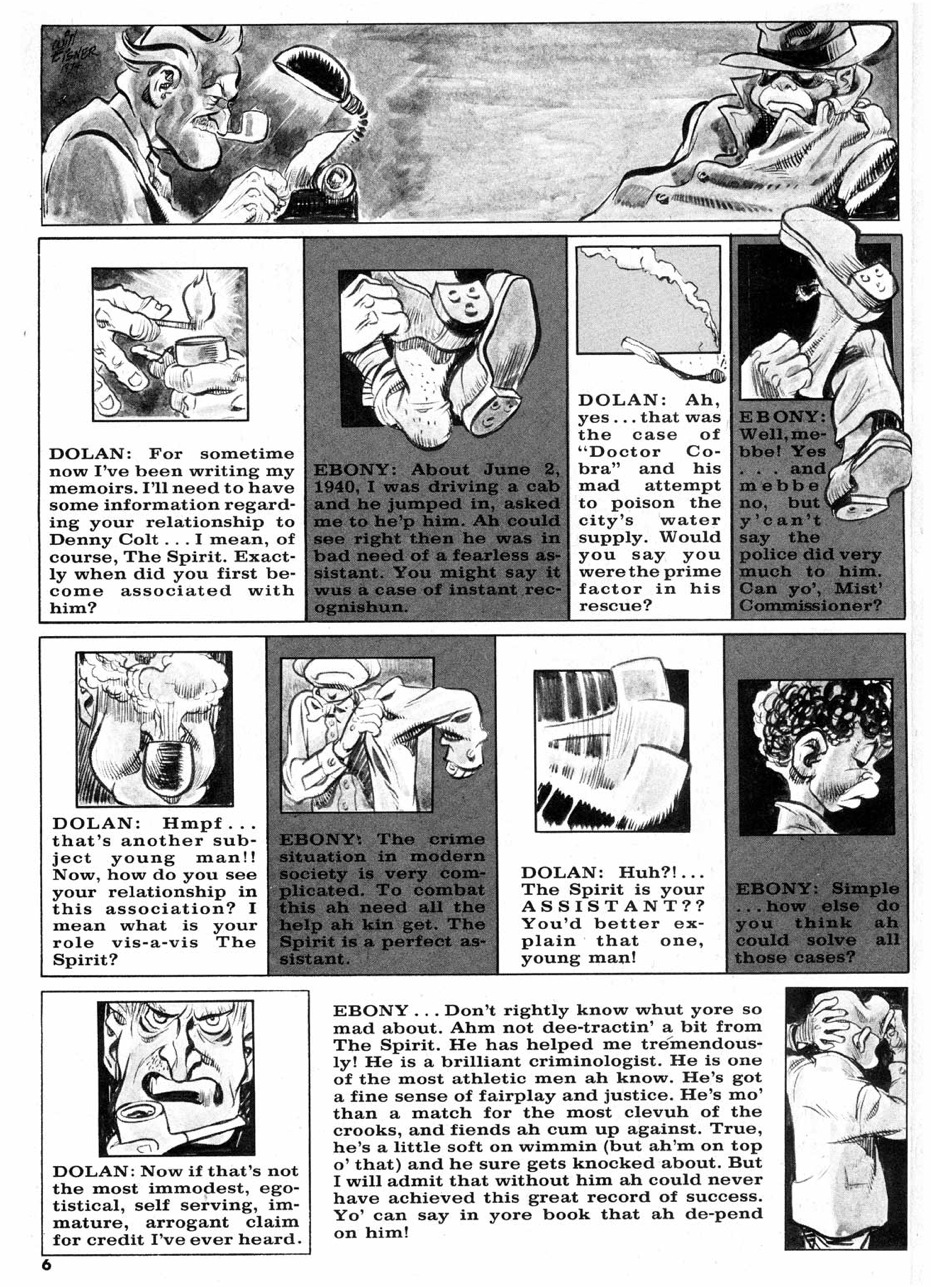