Linda Blair-Stranger in Our House 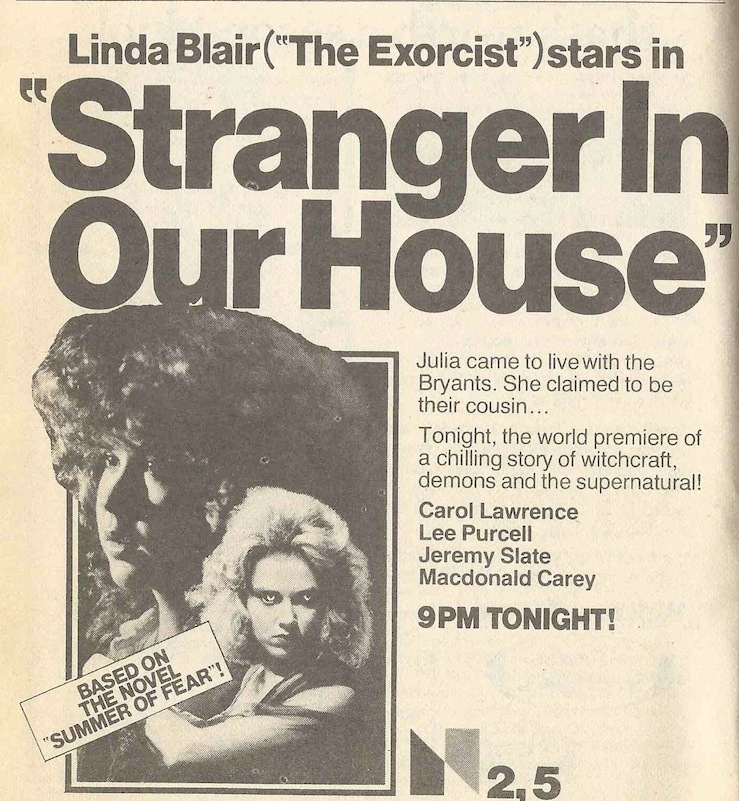 We haven't mentioned Linda Blair in a while. Here's perhaps the least known of her TV movies, based on a novel by controversial Young Adult writer Lois Duncan. Also known as SUMMER OF FEAR (the original book title), this is the story of a young girl who moves in with relatives. Slowly the couple's daughter comes to suspect the newcomer of all sorts of no good stuff including witchcraft!

Oddly, perhaps, Linda Blair is the daughter, not the alleged witch. That part is Lee Purcell, perhaps a little old for the part but sufficiently and seductively scary. The latter is no doubt due to the direction of Wes Craven, the man who brought the world, amongst many other scares, Freddy Krueger!

Posted by Booksteve at 6:45 PM