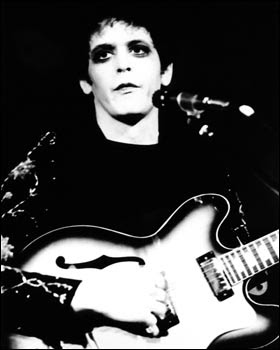 I first heard the Velvet Underground on an anthology album called DO IT NOW from the early seventies. It was the song ALL TOMORROW'S PARTIES, sung by Nico. Around that same time, though, I heard Lou Reed's WALK ON THE WILD SIDE on FM radio and was fascinated by just how different it was from just about anything I'd heard on the air to that point. Over the years I always enjoyed seeing and reading about Lou, perhaps most of all in his wonderfully amusing cameos in the movie GET CRAZY where he plays a Dylan-like singer named Auden. He gets the final song in the film as well and it's lovely. 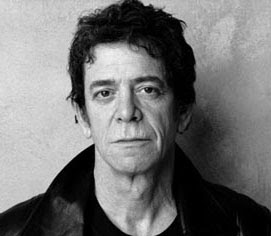 Posted by Booksteve at 7:49 PM