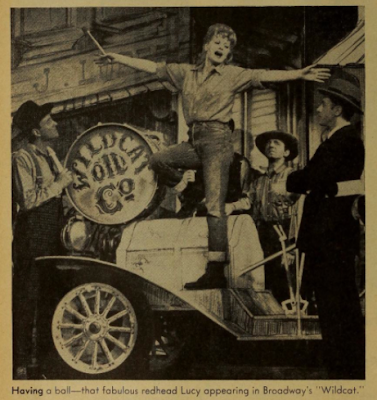 WILDCAT, Lucille Ball's only Broadway performance, seems in retrospect to have been ill-starred from the beginning. A miscast Lucy was ill at the time as well as being stressed by the end of her marriage and her long-running TV series. Reviews weren't great and there were various other issues and problems throughout its 1960 run.

That said, many years later, I purchased the soundtrack mainly for one of my favorite songs of that period, which became a staple of television variety shows when I was a kid. That song was the delightful, upbeat anthem, "Hey, Look Me Over."