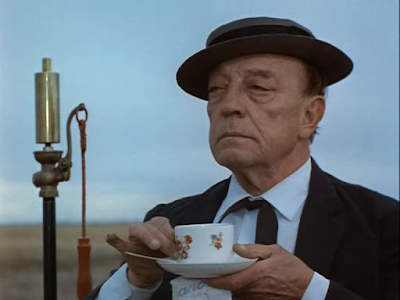 I first saw him on TV's CANDID CAMERA in the early sixties, then in the BEACH PARTY movies of that era. When he passed in 1966, I paid no attention whatsoever.

In time, I saw THE GENERAL.

Then, in the late seventies, I was privileged to see a great many Buster Keaton masterpieces--shorts and features-- in big screen revivals.

In my opinion, Buster Keaton was the funniest man who ever lived and one of the greatest American filmmakers.

Today is the 188th anniversary of his birth! Thanks, Buster, and Happy Birthday, wherever you are!