Doctor Who and Me 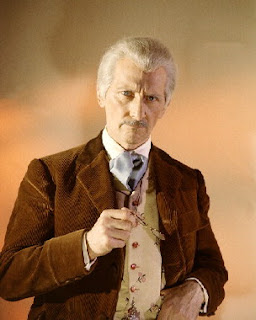 It was probably 1969 or 1970 when Cincinnati's WXIX, Channel 19, our cool UHF station, ran a movie I'd never heard of entitled DOCTOR WHO AND THE DALEKS on its weekend CREATURE FEATURES series. It was rather a stark little sci-fi thing starring a favorite of mine, Peter Cushing, as an eccentric, lovable scientist who, along with his granddaughter and her teachers, uses a time/space machine he's invented to visit a planet ruled by odd little robots called Daleks with bathroom plungers and funny voices. I watched it...and forgot it.

A few months later, however, I was surprised when WXIX debuted a sequel to that original picture, THE DALEK'S INVASION EARTH 2150 AD. This one had a bigger budget and I thought it was a better picture. Cushing returned as the lovable old scientist. This time his time machine that looks like a police cal box takes him and his friends--including a police officer who had tried to actually USE the police box--into a future where the Earth itself had been conquered by the Daleks from the first picture. The Daleks had a cool spaceship, there was a memorable score and I particularly liked the actor who played the police officer, Bernard Cribbins. 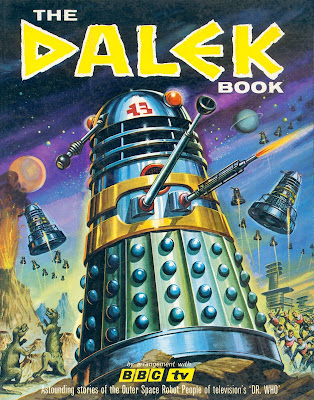 I liked this second film so much that the next time it ran on CREATURE FEATURES, I sat quietly in front of the TV for two hours and audio-taped the entire film, editing out the commercials. As far as I knew, that was the end of DOCTOR WHO. Just those two movies. Or so I thought.

I was, by mid-1970, regularly reading the magazine, FAMOUS MONSTERS OF FILMLAND. Somewhere in one of the issues they ran a photograph that was described as being from DOCTOR WHO. It was a butterfly monster of some sort. I knew it had NOT been in ether of the movies. I was confused. I re-read the caption again and it said it was from the British TELEVISION series, DOCTOR WHO! I presumed that Cushing had taken his slightly dotty character to TV in his own country as it wasn't really popular enough to merit a third film. 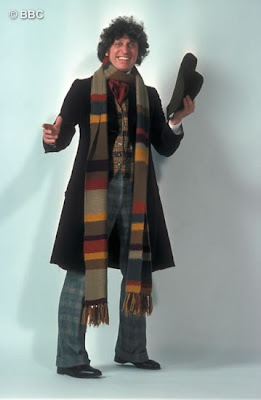 By 1974, I was a regular subscriber to THE BUYERS GUIDE TO COMIC FANDOM (TBG), Alan Light's amazingly influential tabloid newspaper about comics collecting. One of its features was a multi-page column by Don and Maggie Thompson (no relation) called BEAUTIFUL BALLOONS. The Thompsons covered comics but also all other aspects of pop culture. Maggie, it seems, was an Anglophile and was particularly a fan of the UK TV series DOCTOR WHO. She wrote about it and occasionally reprinted clipped newspaper articles about it from English papers. Apparently, I found out, the series had been syndicated in the US. Just not in my area. Also, I found out, it starred not Cushing but someone named Jon Pertwee. I wondered why. Cushing was obviously a much bigger star and I would have thought they would have allowed him to continue the role he created. At least that's the way I saw it.

Over the next few years, I'd get more and more tantalizing glimpses in TBG and elsewhere and piece together the fact that Cushing was only a part of the bigger picture--and a rather small part at that! By 1979, Cincinnati's PBS station, WCET, picked up the DOCTOR WHO series and started with what was, by then, the current Doctor, one Tom Baker. That first Baker serial, "Robot," was shown in one big movie length lump...and I wasn't thrilled. Tom Baker was a rather eccentric looking English chap who seemed to be channeling Harpo Marx. He still had the police box time machine but no granddaughter, Instead, his companions were a young woman--one Sarah Jane Smith--and a male named Harry. They carried much of the action although there actually wasn't much of it. And it was SO cheap looking! THIS was what I had been reading was so popular worldwide?

But I stuck with it and before long the stories got better, the actor's charisma won me over and I became a big fan. In fact, when I started working full-time, I always insisted I needed off on Saturdays in time to get home to catch the Doctor.

And he was THE Doctor. Not Doctor Who. Never. 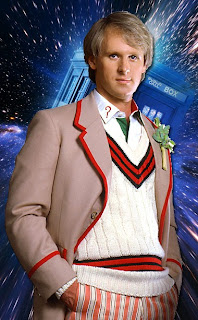 We went through the Sarah Jane episodes and then Leela and the Romanas, 1 and II. By that point, episodes were being scripted by Douglas Adams, one of my favorite authors already from HITCHHIKER'S GUIDE TO THE GALAXY. Turns out he had done the latter while DOCTOR WHO was on hiatus due to a strike a few years earlier. Eventually, the Baker episodes had run multiple times. By that point, I had met the Daleks again and even read some of the paperbacks. I'd learned just how popular Dalekmania had been in the early sixties in England!

One of my friends, also a DOCTOR WHO fan, went to England in the early eighties and sent me back a magazine all about the NEW Doctor, one Peter Davison whom I knew vaguely from his US appearances on PBS's ALL CREATURES GREAT AND SMALL. Davison was very, very different from Baker and his Doctor was different as well. Eventually, he would become one of my favorites although his scripts weren't always the best quality. 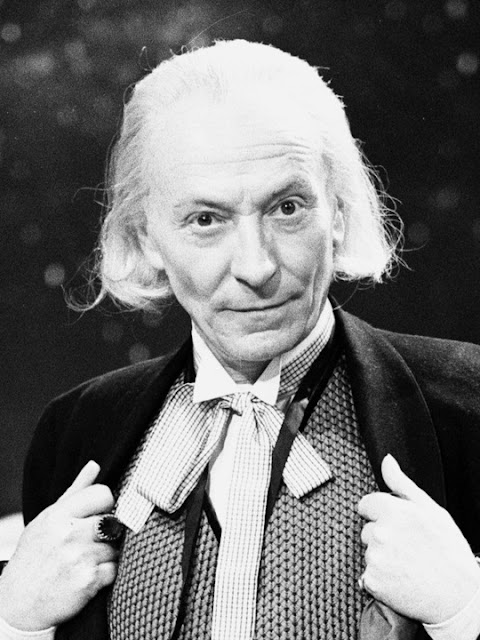 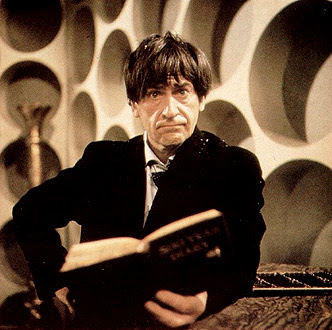 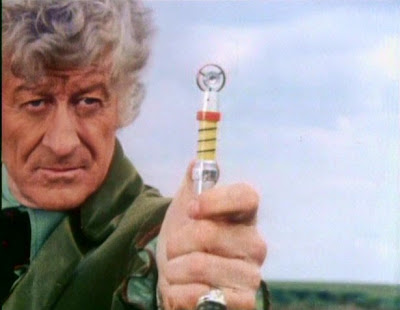 I forget the order in which it happened but WCET finally went on past Tom Baker's fourth Doctor and also went back and started running the very first, original DOCTOR WHO serials, starting with William Hartnell. With so few Hartnell serials intact, they quickly ran through those and Hartnell's first regeneration, Patrick Troughton. Then we hit the Jon Pertwee episodes, a mostly earthbound series with a flamboyant, swashbuckling star and a regular villain (the Master). We even got to see the early, pre-Baker appearances of Sarah Jane. Pertwee's third Doctor became another favorite to me. 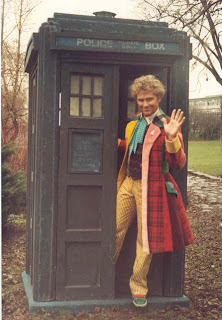 In time, somehow, the episodes actually got more or less caught up. In 1979, Marvel UK had begun publishing DOCTOR WHO WEEKLY which showed up in comic shops a few months behind here in the US. Through the mag, I was able to once and for all get caught up on who was who and what was what and even what was coming next! WCET was running the Colin Baker episodes not long after they had run in the UK. I wasn't thrilled with Colin's scripts but who was? Him I liked, though.

Sylvester McCoy came next, again bringing a delightfully eccentric character and one of the most enjoyable combinations of Doctor and companion alongside Sophie Aldred's "Ace." They were unfortunately saddled with more less than wonderful scripts. What the problem was I don't know but it seems that from 5-7, they had no problem creating interesting characters but were rarely able to find interesting things for them to do. 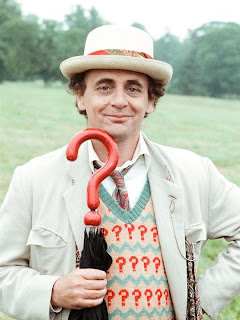 By that point there was a cottage industry in WHO both in the UK and the US. Several hardcover books, a number of unofficial histories, hundreds of novels and the formerly weekly magazine, now a slick monthly.

But it was still canceled. 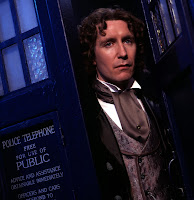 that would serve as a pilot for a new DOCTOR WHO series to air both in the US and the UK. I was in training for work out of town when it aired but caught it in my hotel room. It was...interesting. Definitely had potential.

But it flopped. After that, it was clear that DOCTOR WHO was completely dead.

Only it wasn't. The fan movement not only continued but grew bigger and bigger. Various former Doctors appeared in various audio adaptations both for tape and on the BBC. There were odd semi-spinoffs pairing former Doctors and companions and the Doctor became a staple of pop culture conventions. 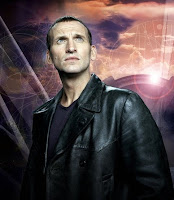 Cut to 2005 when once again DOCTOR WHO was revived. The early released photos showed a short-haired guy in a simple leather jacket. I was convinced they had ruined the character by modernizing him and ignored it completely. Then, after a half dozen episodes had aired, a woman at work was raving about it. I told her I wasn't interested anymore. Then she brought me discs she had burned of those first episodes. I took them home and immediately became enamored with Christopher Eccleston and Billie Piper! Soon enough, I was following it religiously and introducing others to the new Doctor!

I was very disappointed when Eccleston left after only one season and was once again convinced it was over.


Then I discovered David Tennant and it all started anew, and yet better than ever before. After several years of wonderful performances and episodes--some of the best television I have ever seen!--we even got Bernard Cribbins back!


I wasn't thrilled with losing Tennant. Neither was the BBC. By that point, DOCTOR WHO was the Beeb's biggest international success and Tennant their biggest star! But once again, Matt Smith was perfect and his Doctor won over a by-now very demanding audience! 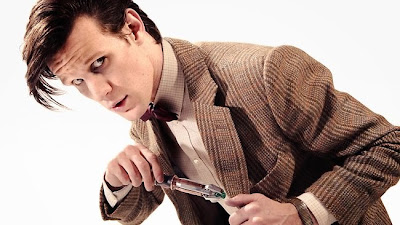 Now, the 50th anniversary of DOCTOR WHO looms and tomorrow, the BBC is scheduled to announce the latest actor to play The Doctor in an internationally simulcast special program with guest stars from current and possibly former series of the show.  I'm not worried this time. I have faith. Whomever is chosen will BE The Doctor...and the long strange, timey-wimey trip that began for me more than four decades back will continue with me as a virtual companion.
Posted by Booksteve at 11:22 AM