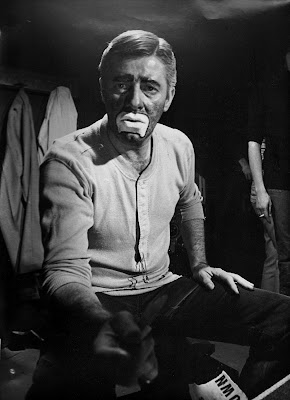 Last weekend, a clip turned up on YouTube featuring a tantalizing few behind the scenes glimpses of Jerry Lewis's legendarily unfinished film, THE DAY THE CLOWN CRIED. I'm not going to post it here as the presumption is that Jerry's people won't allow it to stay up for long.

It got me thinking, though, about other famously abandoned movie projects, some of which certainly seemed to deserve to have had the chance to be seen...but never will.

What follows, in no particular order, is a list of my own personal Top 15 unfinished films--the ones I personally wish I could say I had seen.

THE DAY THE CLOWN CRIED--Obviously, this one has intrigued me as much as the next film buff. The story was similar to the later LIFE IS BEAUTIFUL which would win an Oscar. It was a serious tale of the Nazi death camps with the only silliness being Jerry's in-character clowning. On the surface, it sounds like a horrid idea but Jerry wrote a marvelous book called THE TOTAL FILMMAKER and I've always wondered if maybe--just maybe--he might've been able to actually pull it off. It could have taken his career into a whole new direction. As it is, the film stopped production and it would be years before Jerry, a major box office attraction of the previous decade,  even attempted to make another movie. 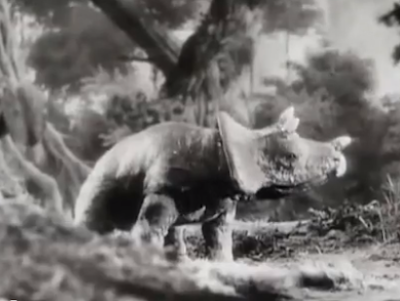 CREATION-This was stop motion pioneer Willis O'Brien's attempt at a follow-up to his silent classic THE LOST WORLD.  Like that Doyle-based film it involved the discovery of dinosaurs in the then present day. Produced by David O Selznick and Merian C. Cooper, it's said that only about twenty minutes of footage were ever finished. Cooper nonetheless used O'Brien again two years later for KING KONG. 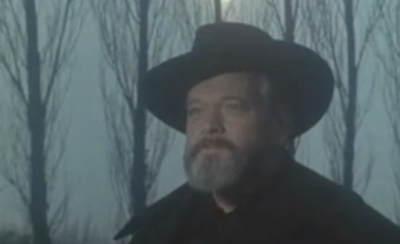 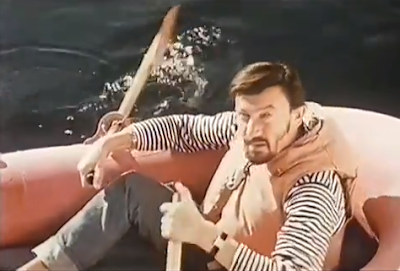 THE DEEP-Orson Welles certainly left more than his share of unfinished motion pictures scattered across the years, all of which hold some interest to the film buff just because they were from the man behind CITIZEN KANE, so often designated the greatest film of all time. THE DEEP was perhaps the most commercial of these. Based on a story filmed by others both before and since, Welles' version was shot between 1966 and 1969 in his scattershot way as he promoted money for the project. Laurence Harvey and Jeanne Moreau starred with Welles himself appearing also. Although no footage had been shot in several years anyway, the project was put to rest with Harvey's death in 1973. 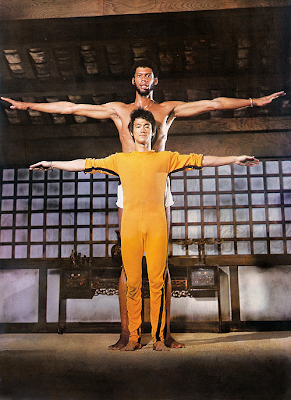 GAME OF DEATH-This was Bruce Lee's final film, left uncompleted upon his sudden death in 1973. Intriguing photos of the actor and basketball star Kareem Abdul-Jabbar surfaced in posthumous biographies but it was said little footage had been competed. What there was was supposedly included in 1979's all-star cash-in of the same title. Many years later, however, a viable documentary included nearly two hours of edited fight scenes and outtakes from many segments of the lost film.


A GLIMPSE OF TIGER-At an early peak in popularity, Elliot Gould was producing and starring in this adaptation of a book by Herman Raucher about a teenage runaway called "Tiger." Gould was infamously fired soon after shooting began in spite of being the Producer! His career took a major hit and never recovered.

I, CLAUDIUS- This one was an epic of the old Roman Empire starring the great Charles Laughton. Much of its surviving footage was later used as the basis for a documentary entitled THE EPIC THAT NEVER WAS. 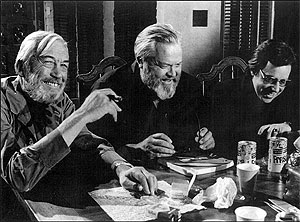 THE OTHER SIDE OF THE WIND-Welles' unfinished masterpiece or Welles' folly? Footage was shot, as it often was with Orson, over a period of years. The picture starred John Huston in the vaguely autobiographical role of a formerly famous director reduced to doing whatever he can to fund his films. Footage was shown at Welles' AFI tribute but the negative soon after was tied up in the international intrigue happening in Iran in the seventies.

THE RETURN OF BILLY JACK-Tom Laughlin's first Billy Jack picture was an okay drive-in success. His second was a surprise major hit. His third a pretentious yawner and his fourth an all-star political comedy misfire. For years he tried to do a fifth, going so far as to shoot a few scenes which later turned up on his website. But Billy Jack's time had passed and no one cared.

SOMETHING’S GOT TO GIVE-Marilyn Monroe co-starred with Dean Martin in this remake of MY FAVORITE WIFE. She even shot some tasteful nude scenes for the production. But she was fired due to her various eccentricities. Although rehired just before her 1962 death, Martin dropped out afterwards. The picture was reshot from scratch with Doris Day and James Garner. A small bit of Marilyn's tempting footage was included in an early documentary called MARILYN. Decades later, all of the completed scenes were edited together and shown on cable. 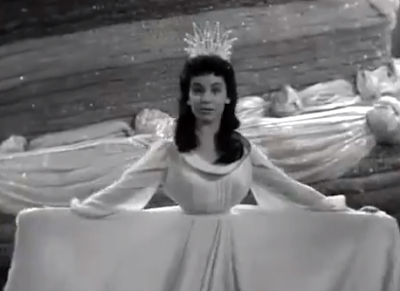 THE RAINBOW ROAD TO OZ--In the 1950s, Walt Disney held the rights to Frank Baum's OZ stories with the intention of making an animated feature. On a 1957 episode of THE MICKEY MOUSE CLUB, however, Disney reveals that he will instead do a live-action musical, THE RAINBOW ROAD TO OZ, to star the various Mouseketeers themselves. "We can't be Mouseketeers forever!" says Darlene Gillespie. The gang run through a few onstage musical numbers in an attempt to "convince" Uncle Walt to do the live-action version. Darlene is Dorothy, Annette is Ozma. If any footage for the actual promised feature was ever shot, none survives.

THE STORY OF WILLIAM TELL-Errol Flynn's personal demons were catching up with him by this point in his career so he started producing his own pictures. Unfortunately, after some scenes had been shot with the out-of-shape swashbuckler, funding dried up. His co-Producer went on to some success in softcore sex films. 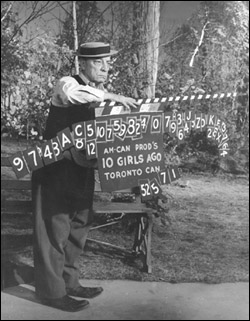 10 GIRLS AGO- This was a Canadian production meant to be an Elvis-style motion picture vehicle for pop singer Dion (of Dion and the Belmonts). Its real attraction as an incomplete production, however, was the inclusion of a number of old-time comedians including Bert Lahr and then legendary Buster Keaton. Although widely touted in teen mags of its day as forthcoming, there was only enough money to shoot a few scenes and edit them together in an effort to get more money, which never happened. The completed footage is considered completely lost.

EASY COME EASY GO-Another pop star vehicle, this one a comedy with surf music superstars Jan and Dean and British comic actor Terry-Thomas, filming was shut down permanently on its 3rd day of shooting after a  major accident.


THE THIEF AND THE COBBLER-Richard Williams' legendary animated project was in the making for years and years with all reports indicating it a  masterpiece. After more than a decade, Disney jumped in with funding to complete it but didn't want to wait for the meticulous Williams. They took the project away from him and had lesser hands complete i and edit it. They even hired new voices to go along with the ones that had originally been recorded many years before.  It was released as ARABIAN KNIGHT and flopped. Thankfully, there's the fan-edited "Recobbled version" which comes closer than we will ever see to the film's creator's original intent.

WHO KILLED BAMBI?-Described as a "punk HARD DAY'S NIGHT," this was to have been a vehicle for the Sex Pistols, written by film critic Roger Ebert and directed by his sometime collaborator, Russ Meyer. When 20th realized what they were funding...they stopped. Very little footage had been shot and it may have ended up in THE GREAT ROCK AND ROLL SWINDLE.

Posted by Booksteve at 7:22 PM