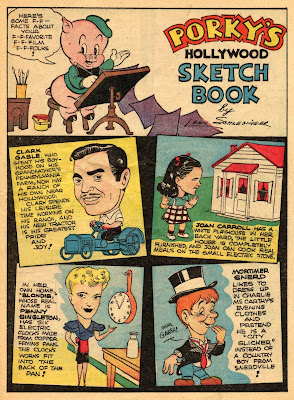 We ran some of these before. They're cute little fillers of presumably true celebrity facts for readers of the early 1940s LOONEY TUNES AND MERRIE MELODIES comic books. It must have been confusing, however, when one panel tells "Blondie's" real name and the very next one acts as though Edgar Bergen's bumpkin figure Mortimer Snerd was a real person! They always ended with a panel about one of their own cartoon characters. Oh, and forget that "Leon Schlesinger" signature. Like everything else associated with the creative aspects of the Warner cartoon stable, Leon had no clue and no talent of his own. 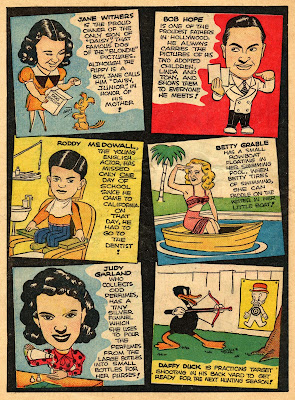 Posted by Booksteve at 9:41 PM