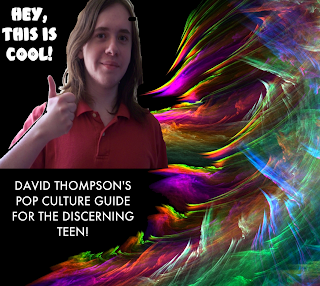 Seen here is a prototype logo son Bookdave and I came up with a while back for a blog I still hope he may get around to doing someday.

Yesterday, David had a seizure--his second in a month. His second ever! After an ER ambulance run  for the first one, he returned quickly to being his old self but has been undergoing tests. His EKG and MRI have been normal but his EEG showed some abnormalities. The neurologist appointment is coming up. We have no idea what is causing these.

We had been hoping the first seizure had been just a one-off synaptic glitch. Now, here we are again, worrying that at any given time he might fall to the ground zombie-like, eyes staring but not seeing. It could happen when crossing the street or going up stairs or any one of hundreds of other inappropriate times for it. Hell, there are NO appropriate times.

The seizures themselves, we are assured, are not that likely to cause permanent damage of any kind. Hitting his head on something when he falls, however, is another matter.

The on-call doctor last night indicated that since the seizure had passed we didn't really need to take him to the ER again. So he sat up a while before going to bed. Somehow it all seemed surreally normal. I hate the fact that we're acclimating to the fact of him having seizures. I hate the fact that he's HAVING seizures!

On this Memorial Day, we're having a quiet holiday of sitting around listening to Dave breathe and being thankful for the best kid ever.

Stress. It is my constant companion.
Posted by Booksteve at 11:29 AM