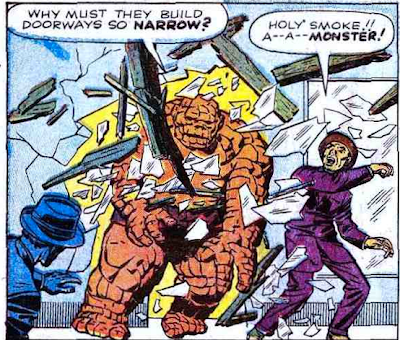 Fans of the Fantastic Four know that the characters' looks developed over time. In the early issues, ben was lumpier and less rock-like. Johnny was more a mass of uncontrolled fire than a flaming boy, etc. Something that I didn't realize, however, was that by the time the first FF Annual came out, just a couple of years past the debut, Marvel felt the need to "update" the reprints, retconning the characters' then-current looks into a reprint of that initial FF origin story! Most of the changes were to the Torch but some obvious ones to Ben and for some reason, even Reed in a couple of instances. Here we have a few of the panels from both versions for your comparison. The revised art is said to have been made by Sol Brodsky...ON THE ORIGINAL ART PAGES!! 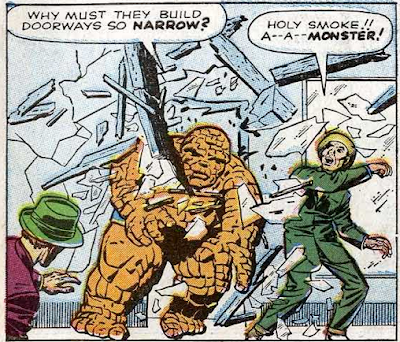 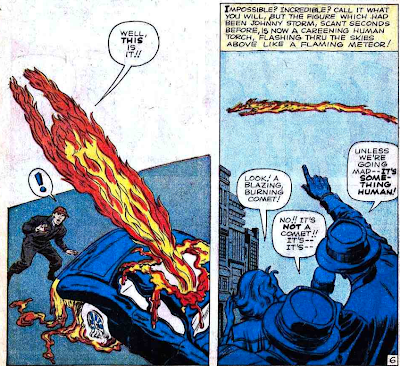 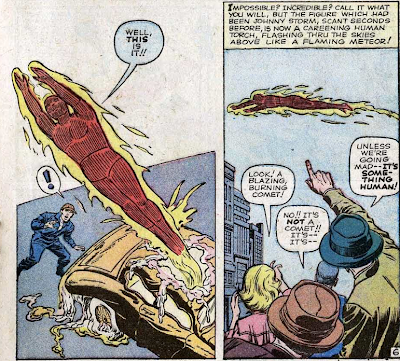 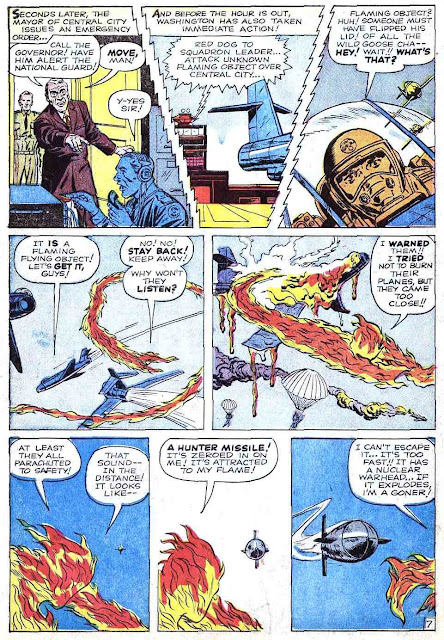 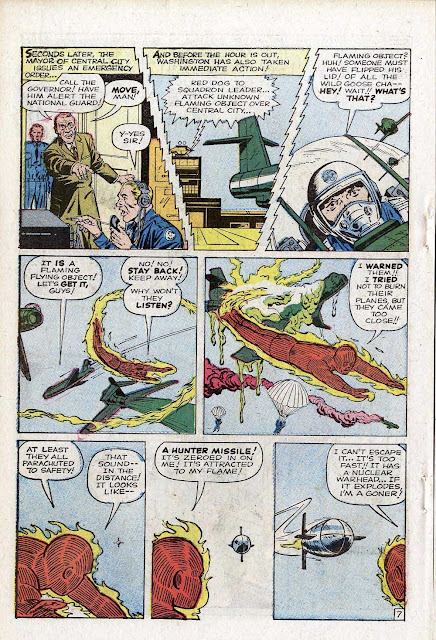 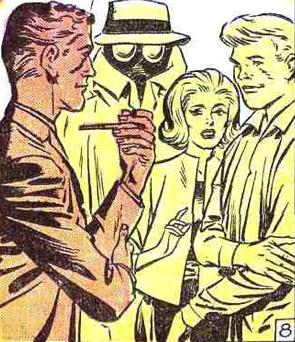 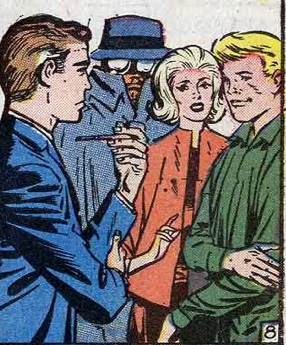 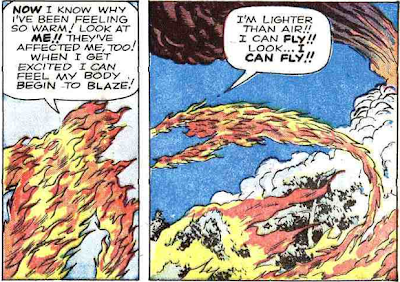 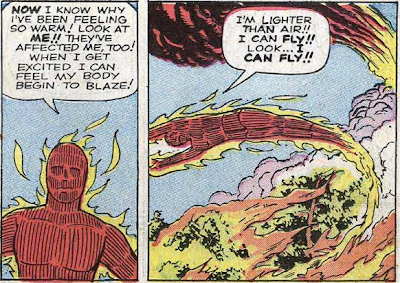 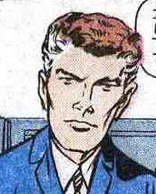 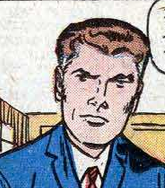 Posted by Booksteve at 7:52 AM