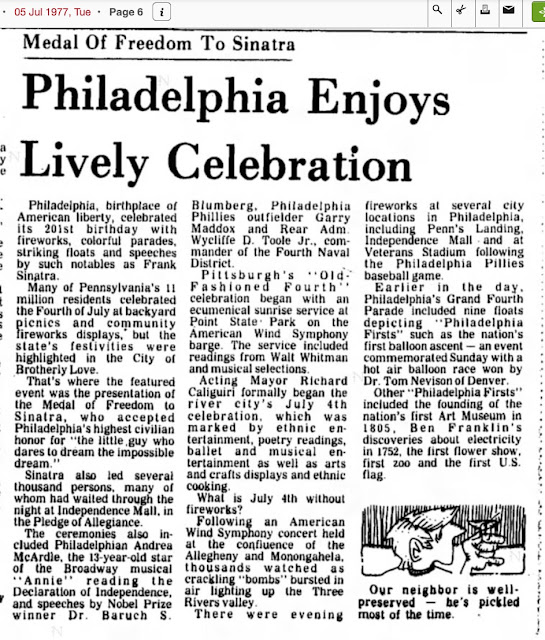 In the news this week is the removal in Philadelphia of a statue of former Mayor Frank Rizzo. This brings to mind the time I actually saw him in 1977, when he presented the Philadelphia Medal of Freedom to Francis Albert Sinatra at independence hall on the 4th of July. My parents had accompanied me to Philadelphia for the Comic Art Convention that weekend and on the 4th, before going to the Con, we went for a walk around town. We stopped in at a wax museum and then stumbled on several hundred or more folks in front of Independence Hall for the ceremonies detailed above, which we stayed and watched. Never got to see Frank sing but I did get to recite the Pledge of Allegiance with him that day. I remember Gary Maddox but I don't recall Andrea McArdle. We may have arrived after her.
Posted by Booksteve at 8:21 PM