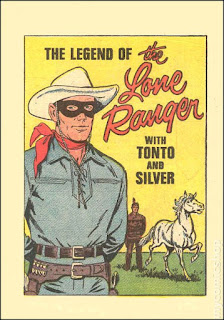 Seen here is a 1969 comic book that was given out free at the Lone ranger Restaurant chain that flourished for a few years in Southern California. At various times Roy Rogers, Bonanza, Ponderosa, Kenny Rogers, Minnie Pearl, Ed McMahon, and even Archie Andrews had restaurant chains, so why NOT the Masked Man?

Fully licensed by the Wrather Corporation, who had purchased all rights to the character, they even wisely got Clayton Moore to do ads for them (about a decade before the debacle that led to him wearing shades rather than his mask).

Anyone ever eat there? 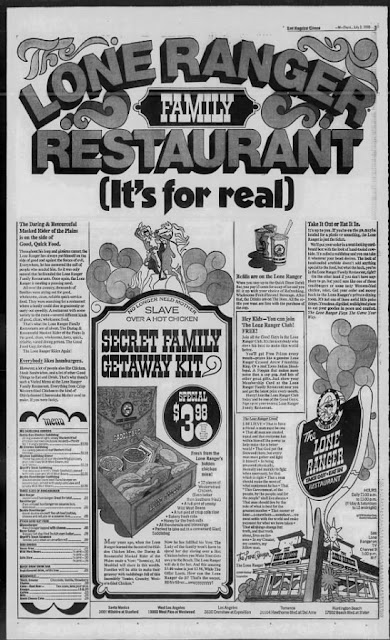 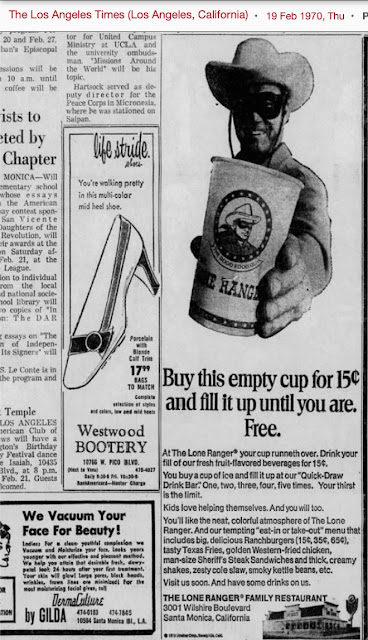