The Three Stooges That Almost Were 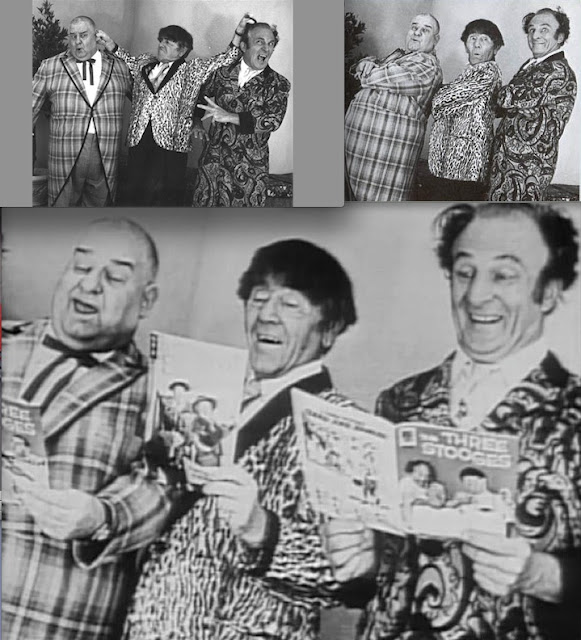 I've always been a Three Stooges fan, catching their TV reruns every night just before the news in the early sixties. When I found out their rich legacy and history, I became even more of a fan, enjoying all the books that began popping up in the 1970s. That's where I found out about this particular version that never saw the light of day beyond one photo session.

After Larry's stroke during the shooting of the ultra low budget TV pilot, KOOK'S TOUR, the act seemed to be over. Moe popped up here and there--often with white hair--but the now horribly obese Curly Joe De Rita faded away.

But then someone got the bright idea to bring back the Three Stooges as comedy relief in a cheesy exploitation film that would eventually be titled BLAZING STEWARDESSES.

Moe called up Joe and they drafted perennial Stooge to the Stooges, Emil Sitka, to portray a relative of Larry's (his brother, I believe). In the script, they were to appear as sleazy, overage "swinger" types. There's very little question that   it would have been a low point of their illustrious career.

That said, there would have been a NEW Three Stooges! But it wasn't meant to be. Moe took ill and then died. The act had replaced the third person multiple times and maybe the second person could have been replaced. But no one could replace Moe. And without Moe, there simply was no act.

The film's producers turned to the two surviving Ritz Brothers, their act little more than a trivia question by that point, to replace the Stooges. They were terrible but they stole the show anyway. It was that bad. 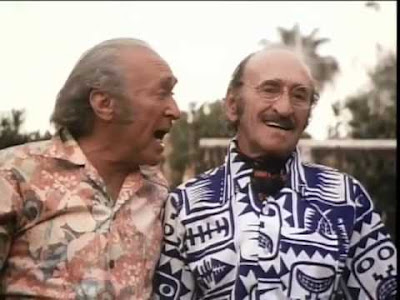 Posted by Booksteve at 9:53 PM