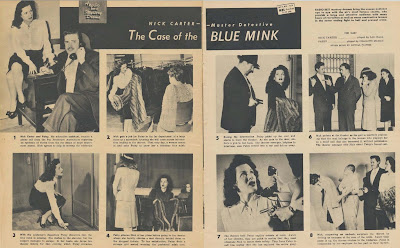 This photo mystery appeared in an episode of RADIO BEST in 1947. Lon Clark appears in his familiar role as Nick. Clark was a very classy man and one of the few radio actors who actually looked just like you would expect his character to look. I was privileged not only to work with him once but also to witness an hour long interview being recorded with him.

Posted by Booksteve at 4:48 PM