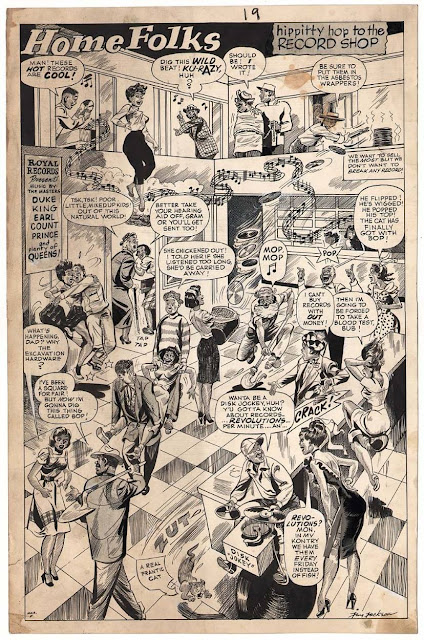 A shout out is due up front to the great cartoonist Milton Knight for posting the above panel on Facebook and thus alerting me to the absolutely gorgeous artwork of one Jay Jackson, a pioneering African-American artist who passed in 1954.

Couldn't find much about him other than this obituary that ran a week after his passing (it was in a Saturday-only paper) but Milton found mention that Jackson had studied with Norman Rockwell and painted a mural for the Chicago World's Fair.

His weekly panel HOME FOLKS, always crowded with many characters and variations on a theme a la a number of classic cartoon panels dating back to the 1920s, is brilliant. Running exclusively in small African-American newspapers, week after week he managed to hit the nail on the head regarding not just exclusively the black experience but human life in general--even animal life at times. It was all recognizable and relatable, as seen in this letter to the editor from 1952. 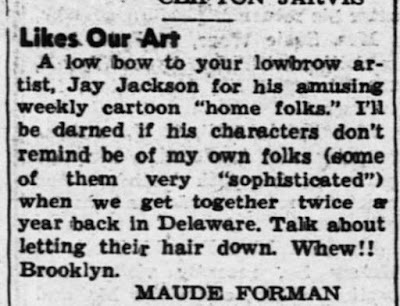 Jay Jackson's art style is reminiscent of Will Eisner's both in figure work and his unusual perspectives. It draws your eye in and once it arrives it gets to enjoy the amazingly expressive faces and figure work. Plus the genuinely amusing gags.

Not sure how long Jackson did the strip but here you see his last few months of HOME FOLKS. Then as now, weekly strips were often done far in advance so even though he died in mid-May of '54, he had several strips yet to run, the last two completed by his widow according to a note underneath each one.

Great stuff all around.

Someone needs to do a collection. 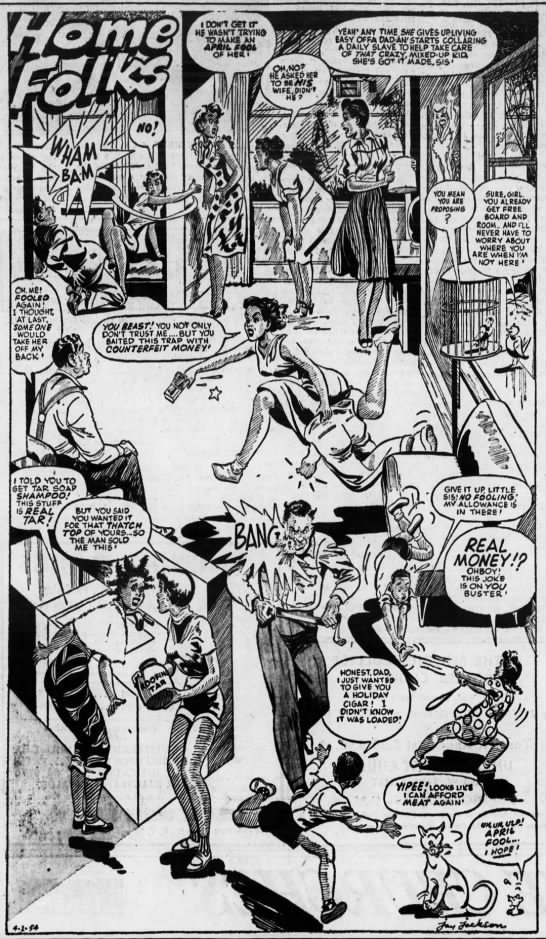 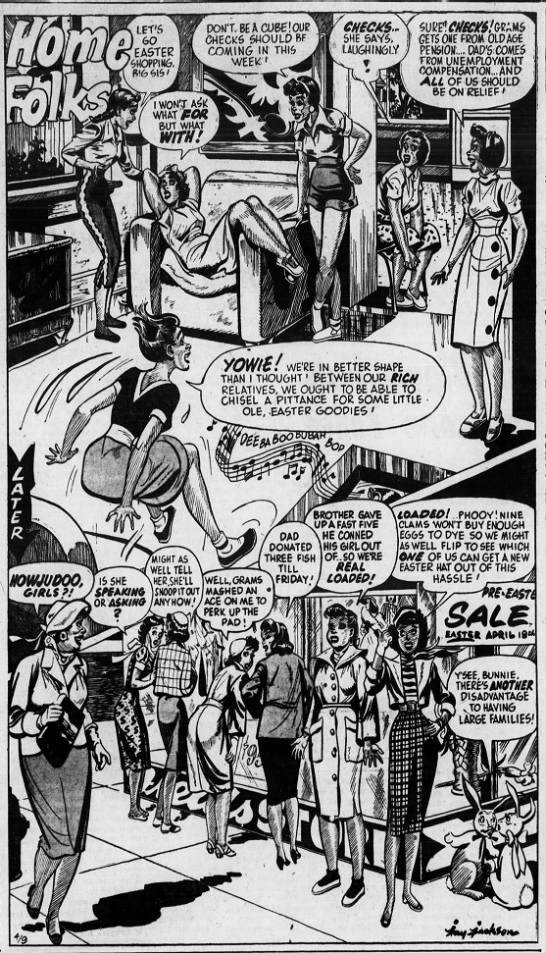 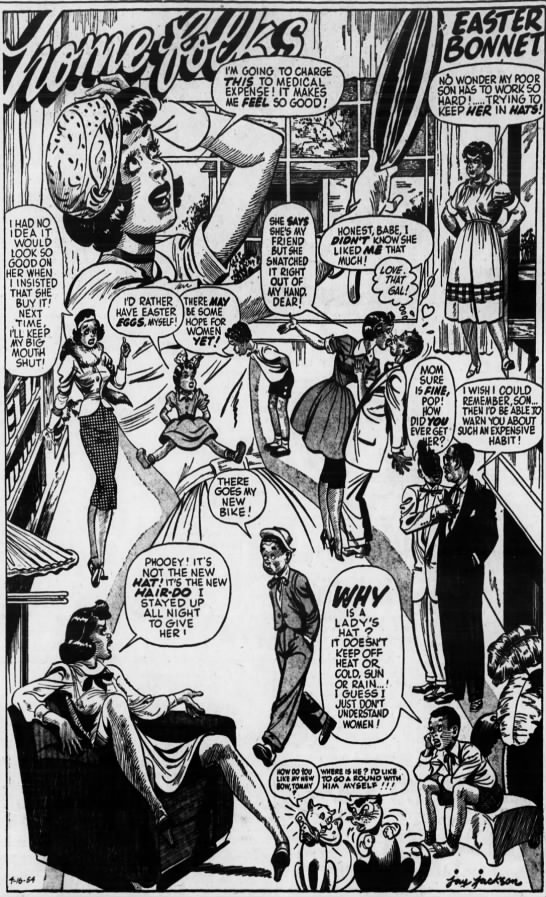 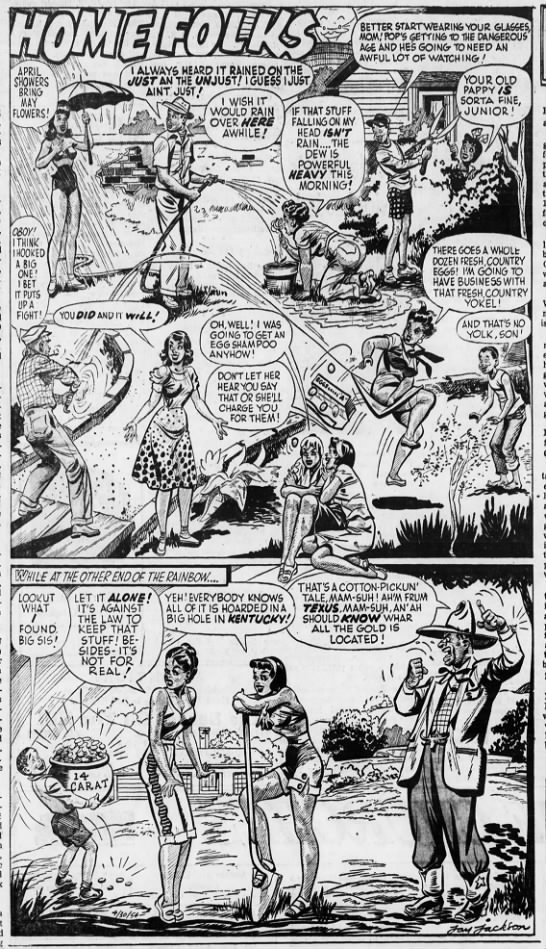 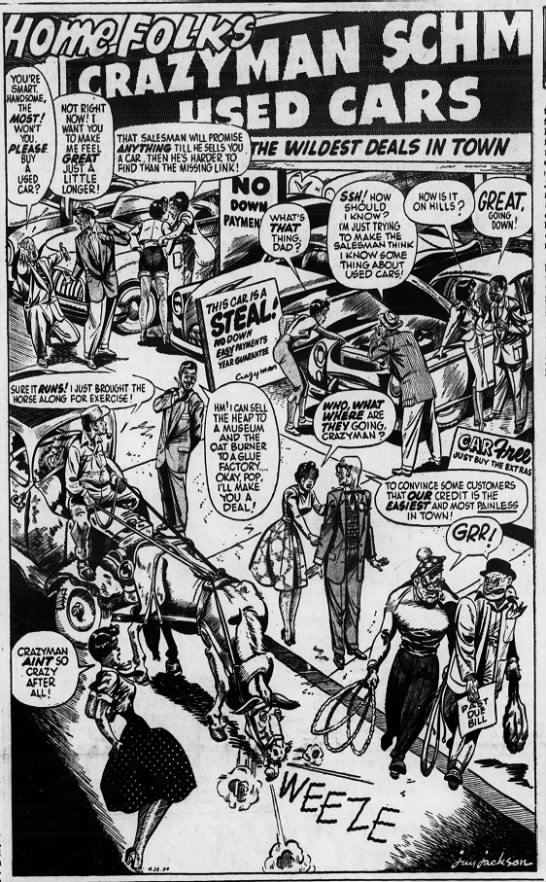 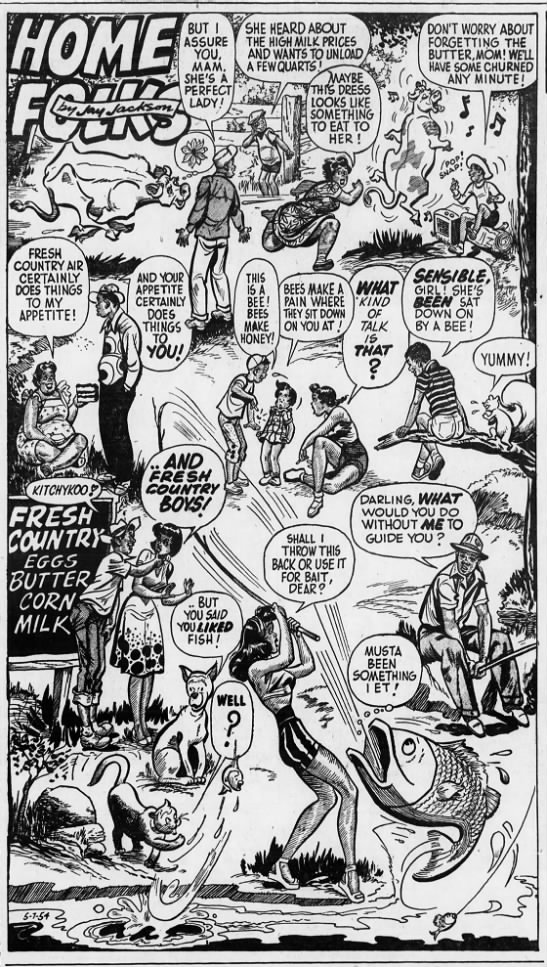 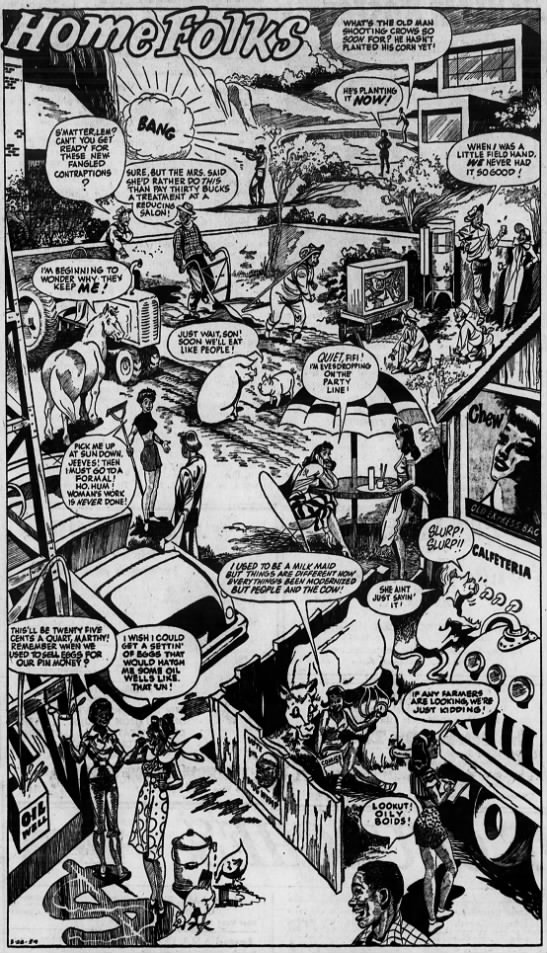 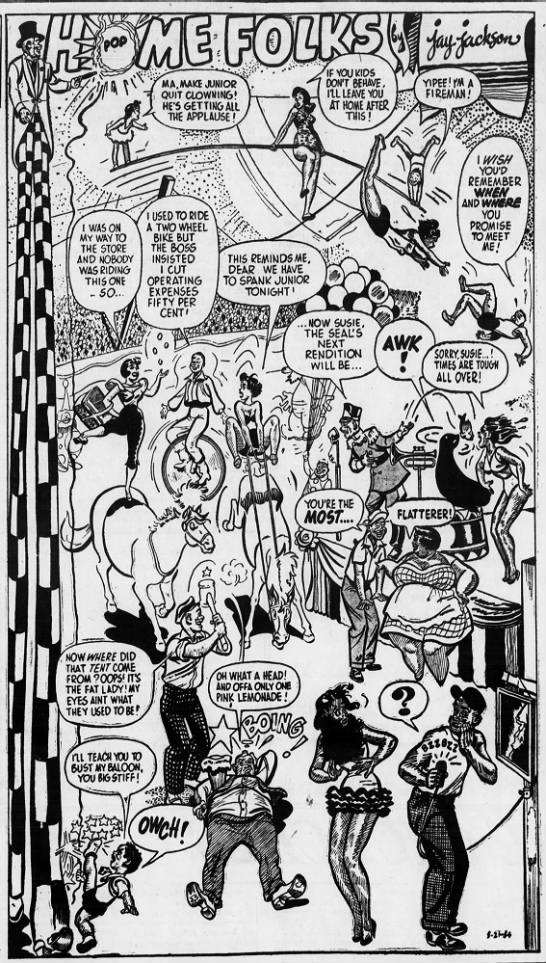 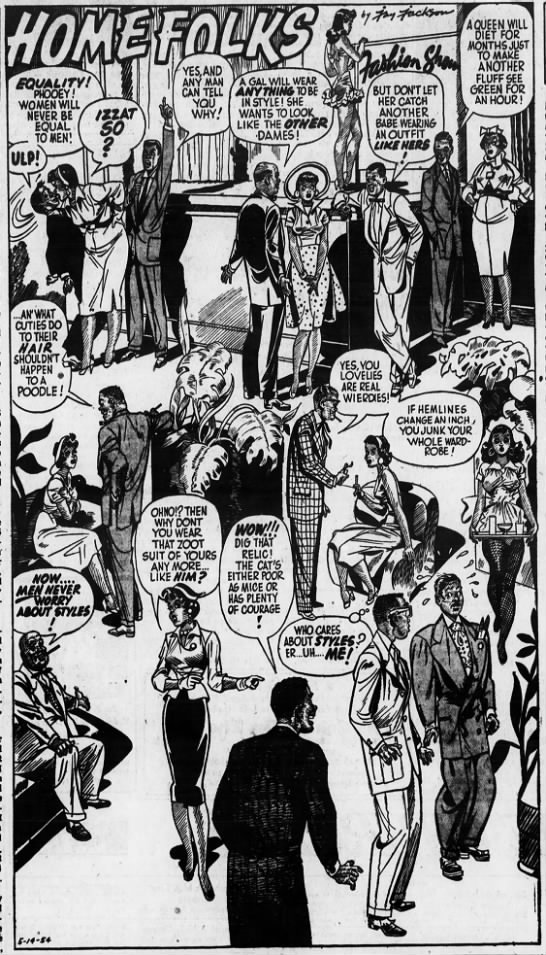 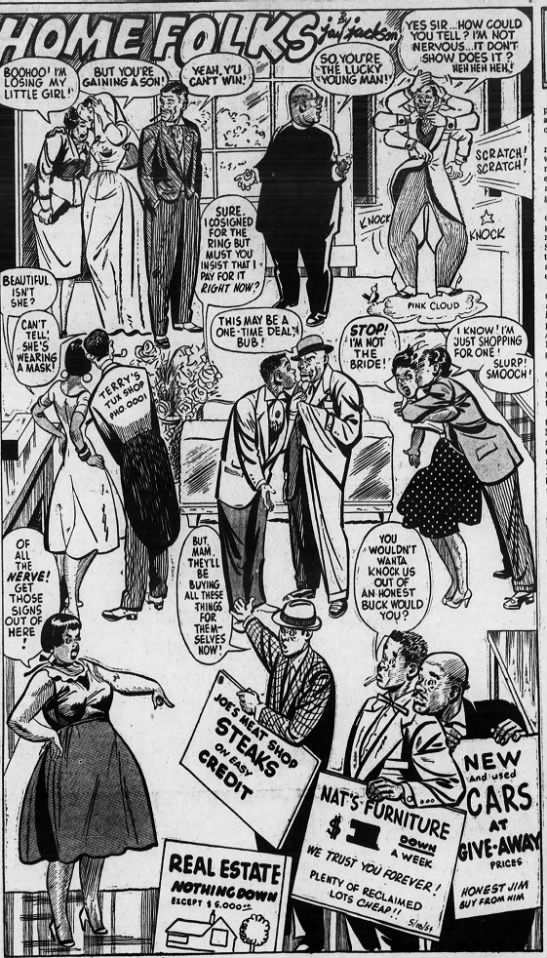 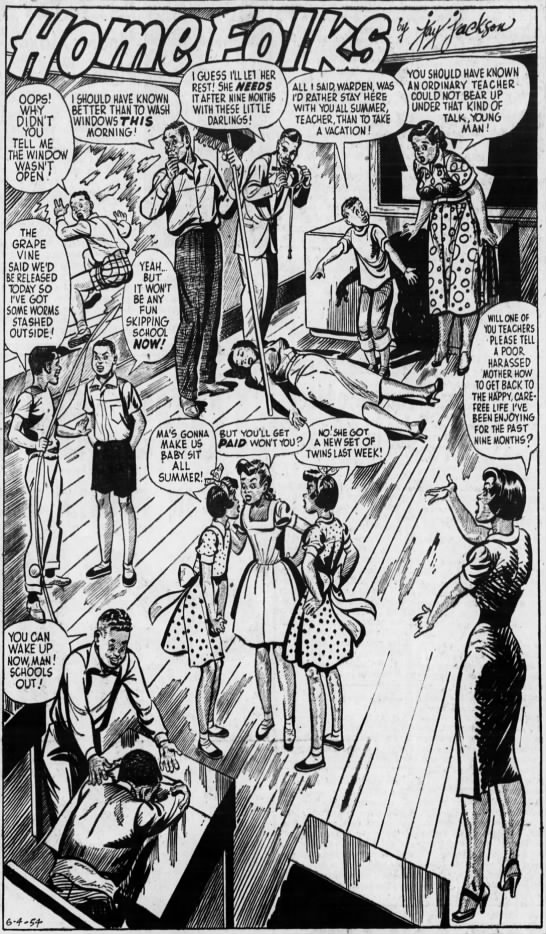 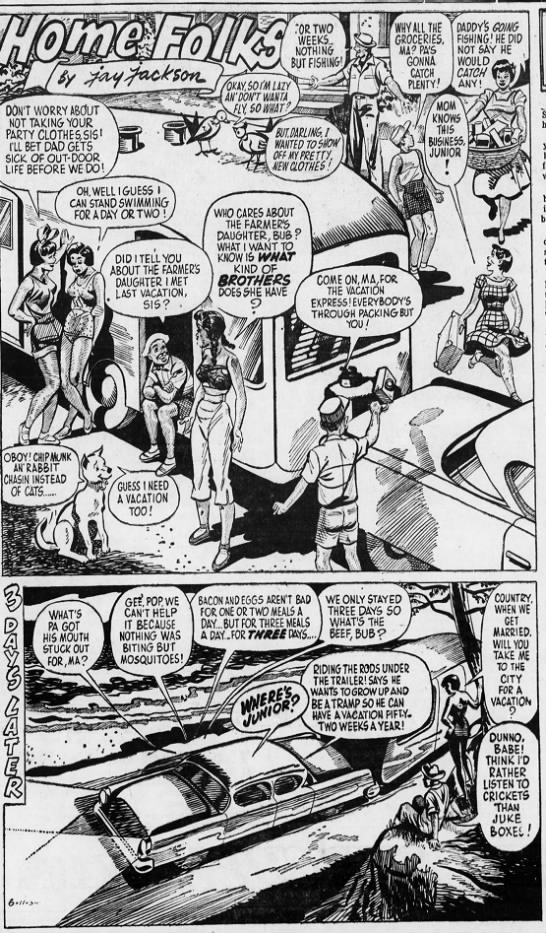 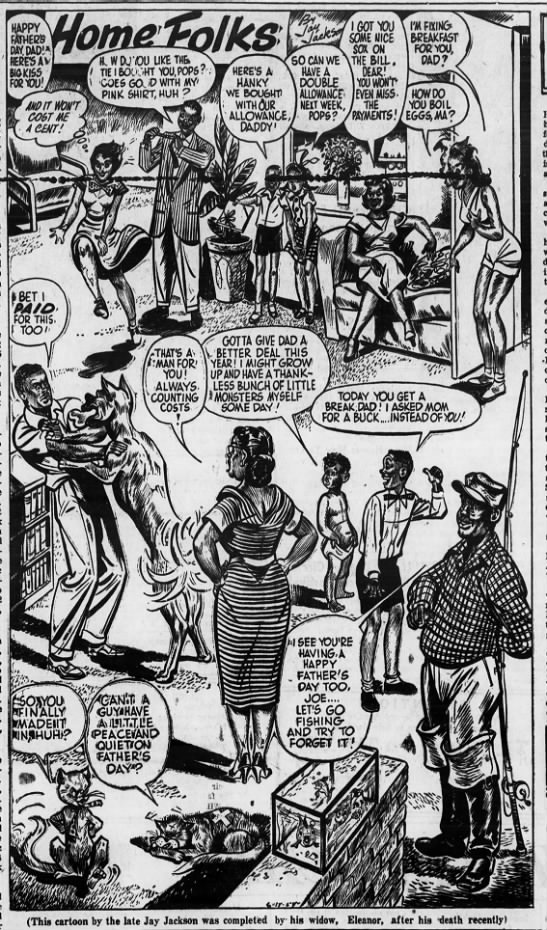 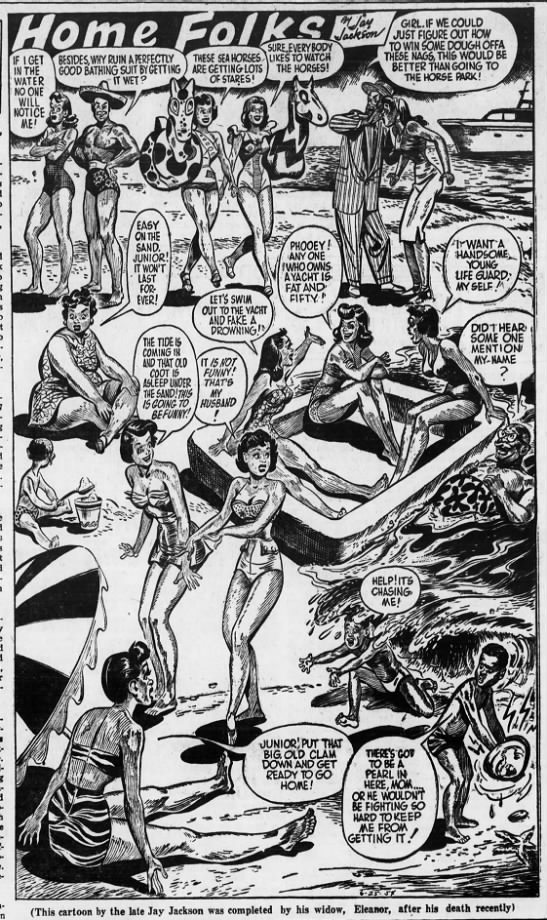