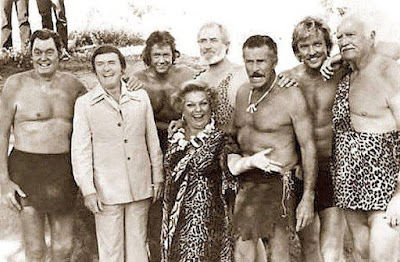 Tarzan was a major player in the nostalgia boom that lasted from the mid-60s to the mid-70s. The original  books were reissued twice in that period (with Neal Adams covers the second time) the classic movies were revived, new movies and a new TV series were made. There were even fake Tarzan movies made! The book TARZAN OF THE MOVIES was popular, ERB fandom was at its height and Burne Hogarth's new color Tarzan volumes were actually on the Bestseller lists! Here we see a reunion of 6 surviving Tarzans on THE MIKE DOUGLAS SHOW (with co-host Totie Fields). Reportedly, Crabbe wanted nothing to do with Weissmuller but  they both showed up! Once a Tarzan, always a Tarzan. 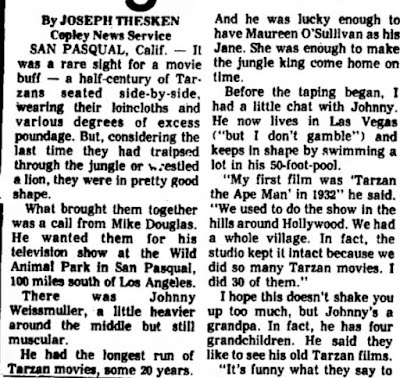 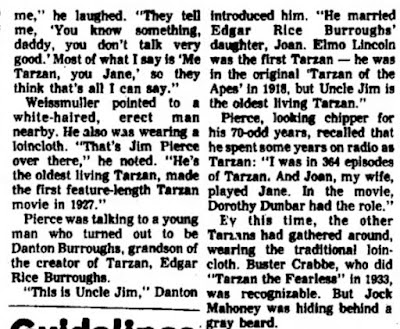 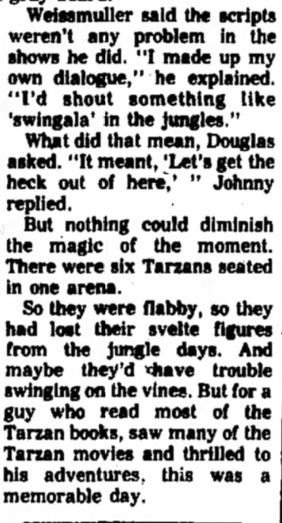 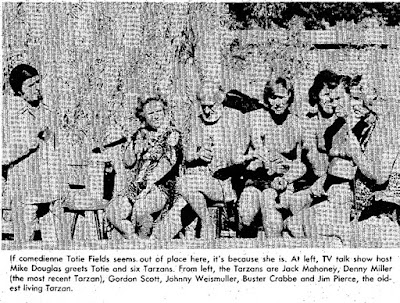 Posted by Booksteve at 6:18 PM