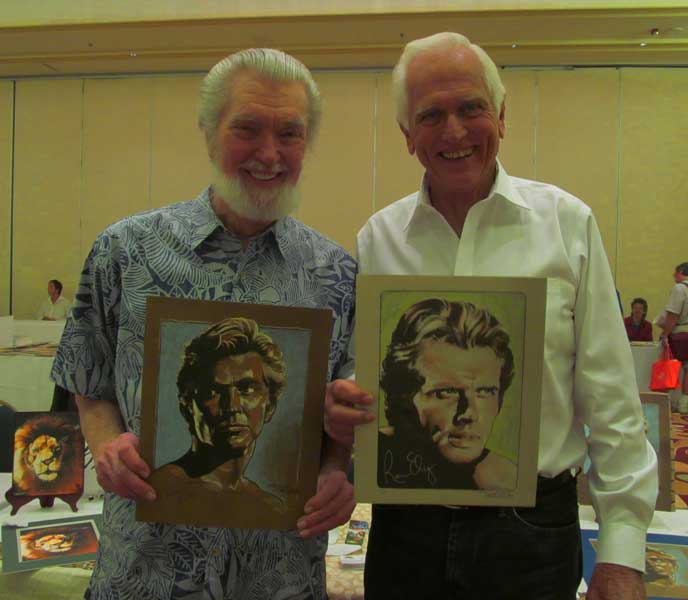 Via my movie search service, I've had an inquiry from a representative of these two gentlemen, former Tarzans, Denny Miller and Ron Ely. What's being sought is a failed 1981 TV pilot called THE SEAL, in which both men were featured. The only way it's likely to be found is if someone taped it during its one network airing back then. I didn't Did you? If so, email me at booksteve@aol.com. Let's see if we can get these guys copies of their work!
Thanx!