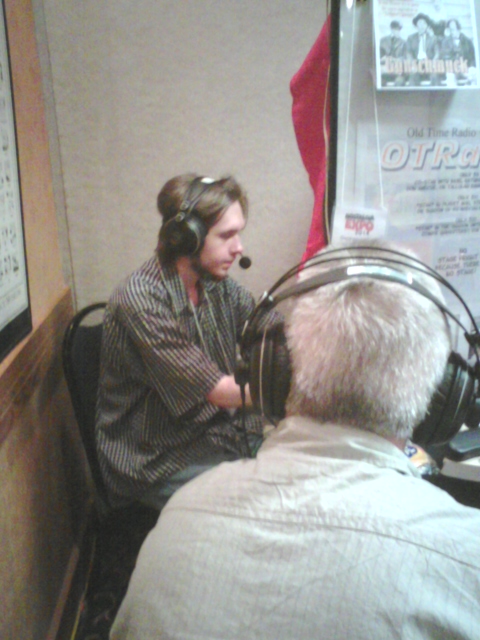 Here's son David "on the air" with Steve Jansen's "OTRAOKE," a fun process whereby the participant interacts with pre-recorded re-creations of old-time radio series. In this case, David was reading the voice of a tough police detective in the 1930s! Mr. Jansen said he did the best job of anyone who's done that script thus far. When we got home and I listened to him in context, I was very impressed. With now rehearsal or guidance, he chose a nasal, jaded-sounding voice and remained consistent throughout the 15 minute episode. His slight natural lisp added even a bit more character to the role. Well done, sir! And thanks, Steve, for the opportunity! If you see OTRAOKE set up at any conventions or shows, we highly recommend you try it! 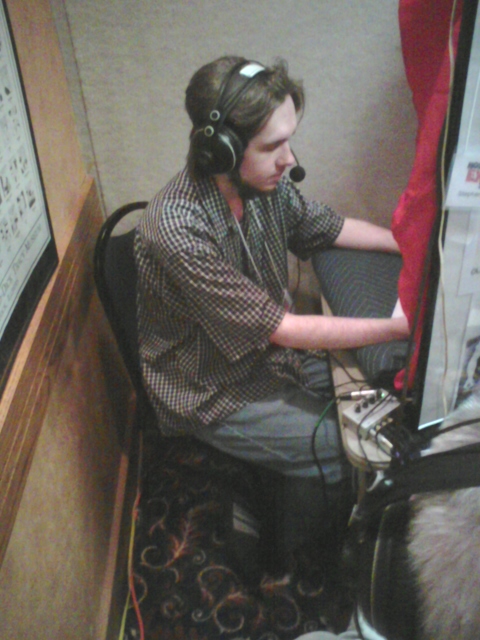