You blink and there's two more obits. Jack Mendelsohn was mainly a behind the scenes guy but he was behind the scenes on many popular projects. Jack wrote many funny animal comics with Howie Post and also co-created the wonderful DC series, JIMMINY & THE MAGIC BOOK with Post. He also wrote for a number of late EC titles, mainly PANIC. His delightful and unique comic strip, JACKYS DIARY, debuted around the time I was born and many years later, I would receive payment from Jack for working on the Yoe Books collected version of it. After working on the King Features cartoons of the early '60s, he was a writer on the BEATLES network cartoon and then went from there to co-writing YELLOW SUBMARINE. On TV, he wrote for Carol Burnett and THREE'S COMPANY and LAUGH-IN and...well, lots of other stuff. R.I.P. Jack. 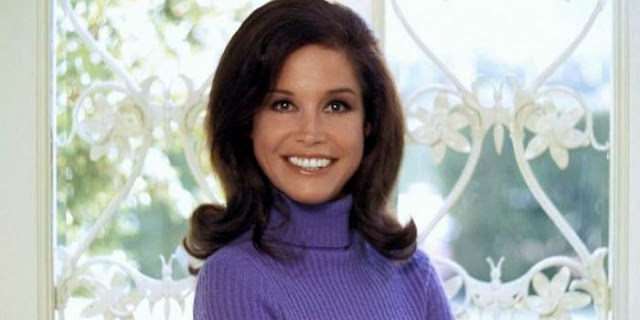 One show Jack didn't write for was MARY TYLER MOORE. Mary was a fixture on TV from the late 1950s through, well, today if one counts reruns. Best known for THE DICK VAN DYKE SHOW and her own self-titled sitcom, she was an early crush for myself and many others growing up in that era. Her comedic timing was never more brilliant than in the famous MTM episode, "Chuckles Bites the Dust," where she can't help but laugh at a funeral until she's told it's okay and then bawls like a baby. She could sin, she could dance, and she occasionally gave brilliant, award-nominated dramatic performances as in the feature ORDINARY PEOPLE. But at the end of the day, she was the TV Mary, who really could turn the world on with a smile. R.I.P.
Posted by Booksteve at 8:30 AM