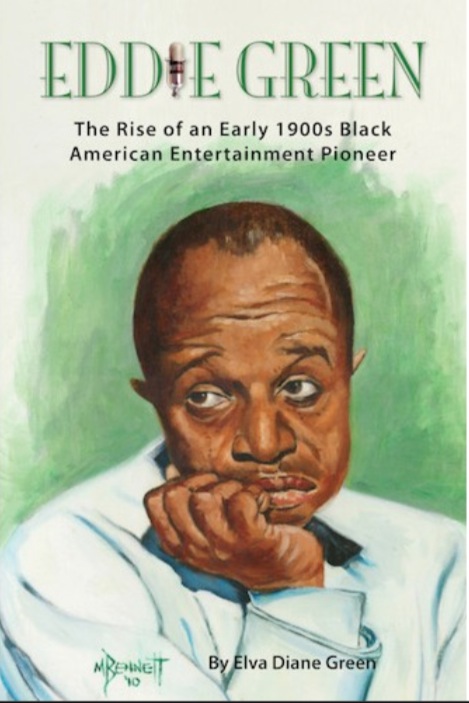 When a local radio station in Cincinnati started airing reruns of DUFFY'S TAVERN in the early 1980s, I shared some with my dad who was, by then, retired. Sometimes he and I would listen to them together and laugh at the corny antics and malapropisms of Archie, Miss Duffy, the Mad Russian, and Eddie, the waiter. Although I was already an adult by then, it was a definite bonding moment with my dad.

Sadly, Elva Green didn't have as many chances to bond with her dad. Her dad was Eddie Green, who played Eddie the waiter on Duffy's Tavern, and he died when she was just a toddler.

On the show, Eddie was the lone realist in a cast of dreamers, schemers, and low rent opportunists. His caustic barbs regularly cut through the bull tossed around by Archie in the same way Rochester could effortlessly cut down Jack Benny. Although laconic and laid back, Eddie was never in any way the stereotype of the subservient black character. He was treated equally to all the other characters on the show--better than some! And--again, like Rochester--he was a favorite of critics and fans alike.

And for 35 years, as far as I knew, that was all Eddie Green was ever known for.

Elva's book on her father works in several ways. As with any child's book about a parent, there's an obvious effort at re-connecting to them on multiple levels. In this case, though, she also states that she wants to acquaint readers with the fact that DUFFY'S TAVERN was far from all her father was known for! 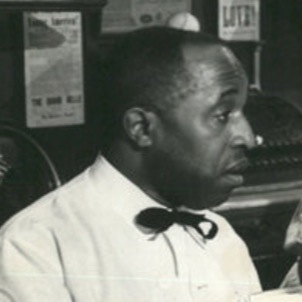 I played Eddie the waiter once in a re-ceation of a DUFFY'S TAVERN script. Twenty years later, I played Archie the manager in a different script, opposite someone else playing Eddie. My first published short fiction in a book was a story featuring radio's Johnny Dollar visiting Duffy's Tavern. There were a couple of good dialogue scenes with Eddie that were quite well-received. I later tried my hand at updating DUFFY'S to a modern day setting, again with the bits with Eddie going over well. Finally, I worked behind the scenes on Martin Grams' thorough history of DUFFY'S TAVERN. So I knew DUFFY'S TAVERN. I just didn't know Eddie.
Turns out that Eddie Green managed to make quite a name for himself in various entertainment fields long before DUFFY'S TAVERN. As you read his biography, you get the sense that his daughter is discovering much of this history right along with you and you can at times feel her genuine excitement from the pages.

Popular with white audiences as well as black, Eddie Green was a songwriter with many popular songs of the early 20th century under his belt. He performed in Vaudeville, in plays, very early television, at the 1939 World's Fair, on radio, and in movies. And not just any movies but rather movies he produced, directed, wrote, and starred in from his own production companies!

Not only was Duffy not there but neither was Archie. He did it all on his own, to generally great reviews. One white newspaper columnist for the Cincinnati Enquirer insisted on a couple of occasions that he deserved his own spin-off as he was too good to be just a stooge to Ed Gardner.

The book delves into his professional life, analyzing step by step his path through times in which few black entertainers could reach the kind of success he had. There's also as much as possible about his personal life to give a sense of who and where he was while climbing the ladder to the Tavern.
Upon finishing the book, I felt I had just met a man whom I had seen around for a long time, but whose story I never knew. We are all of us so much more than one or two things we might be known for. Eddie certainly was, and I know that now. I listened to an episode of DUFFY'S TAVERN the other day with a whole new appreciation of Eddie--Eddie the waiter AND Eddie Green.

Thanks, Elva. You succeeded in your goal.

https://www.amazon.com/Eddie-Green-Elva-ebook/dp/B01MXM508R
Posted by Booksteve at 1:00 PM