Siegel and Shuster in Cincinnati-1942 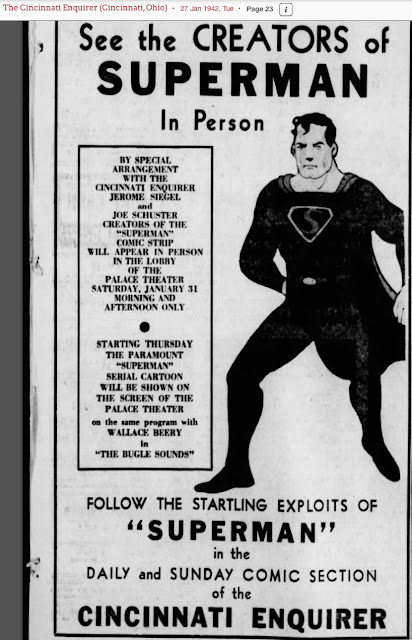 Siegel and Shuster (misspelled every time in the ads as was often the case) in Cincinnati to promote the Fleischer cartoons in 1942!

Cincinnati's Palace Theater was modernized as the International '70 in the mid-60s but was pretty close to a grindhouse by the time it closed a decade later. I caught a lot of Euro-flicks and re-re-reissued sci-fi and horror films there. The millionaire who lived across the street from me at the time (!) bought it in the late '70s and refurbished it to its original glory, brought back the Palace name, and it ran a few more years with live acts and plays. I saw Bob Newhart, Liza Minnelli, and The Passion of Dracula with Jose Greco there. Edgar Bergen and Charlie McCarthy were scheduled there just weeks after Bergen died so I missed them. The market couldn't support a big downtown theater like that by that point though and the Palace was finally vacated and eventually torn down, replaced by high tech offices. 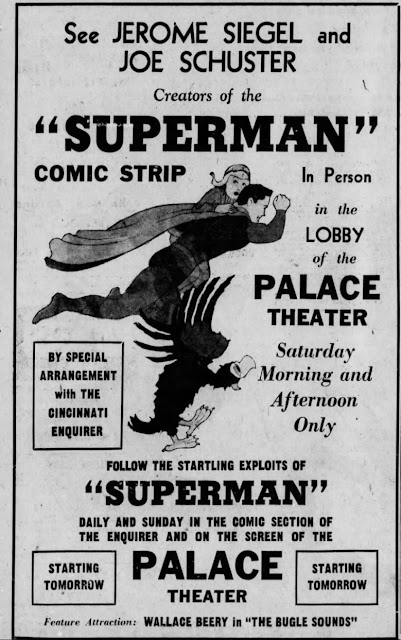 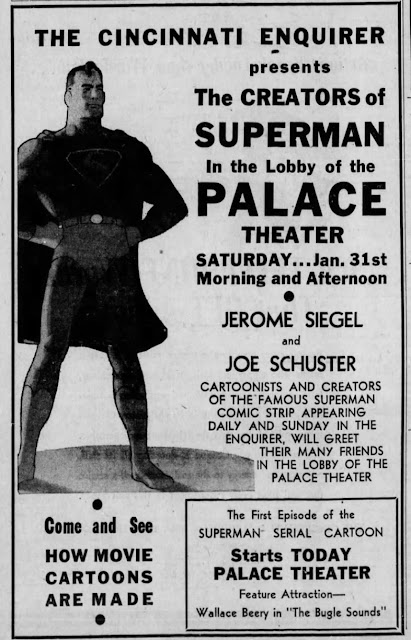 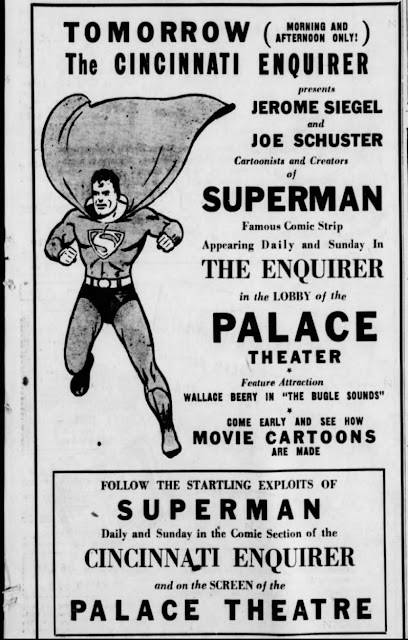 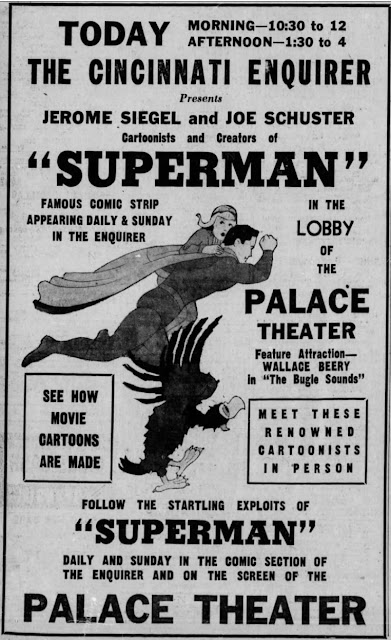 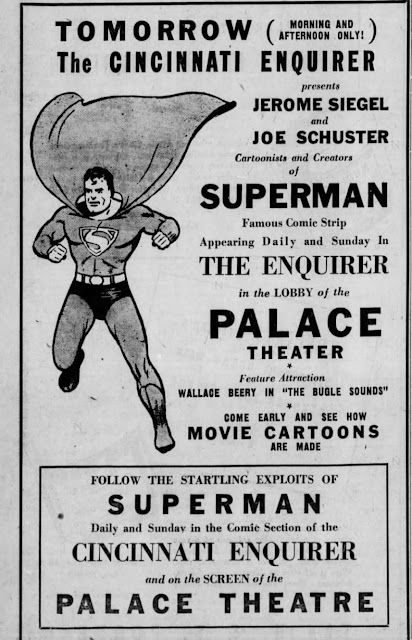 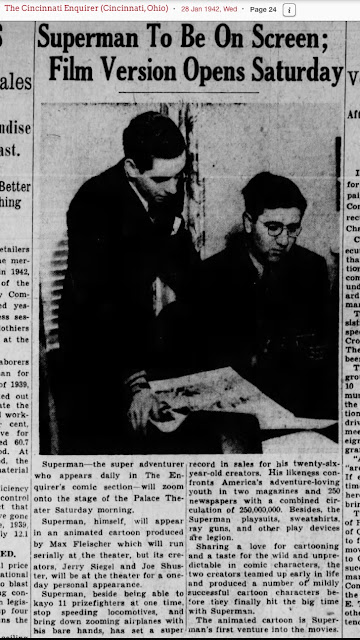 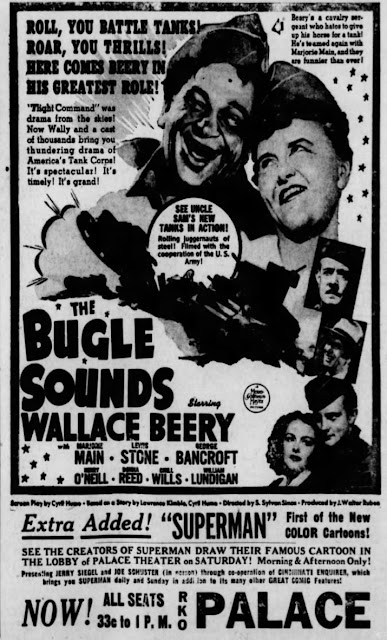 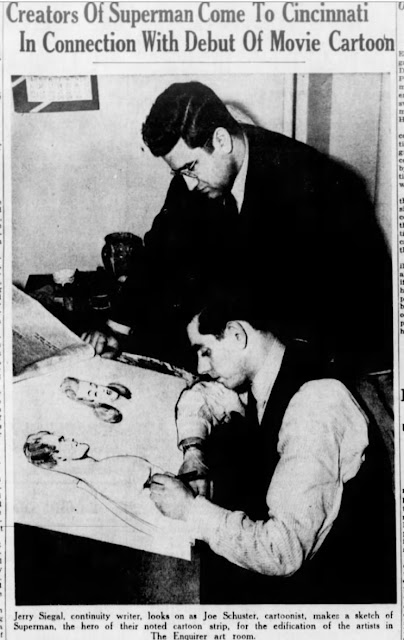 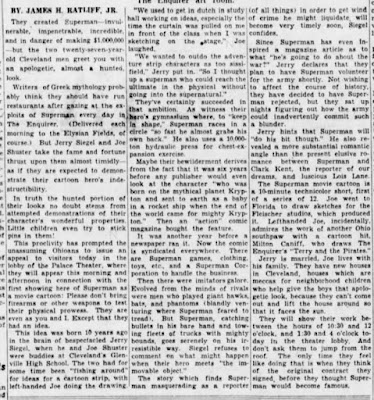 Super author Brad Ricca tells me the below image has been confirmed as being in Cleveland but it's likely quite similar to their local appearance at the Palace. 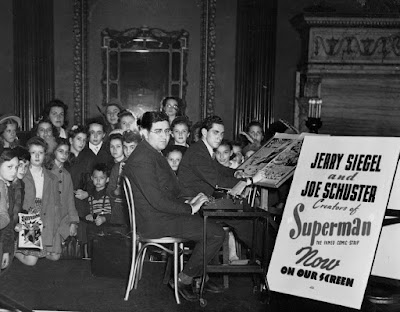 And we end with a rare shot of Jerry and Joe smiling rare smiles decades later even after everything they went through. 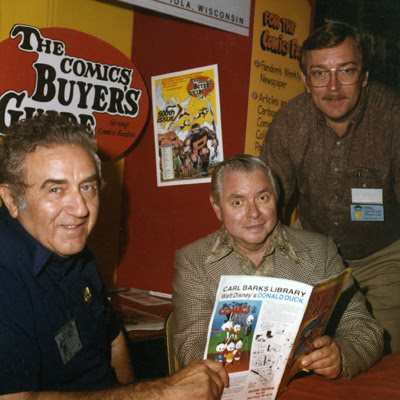