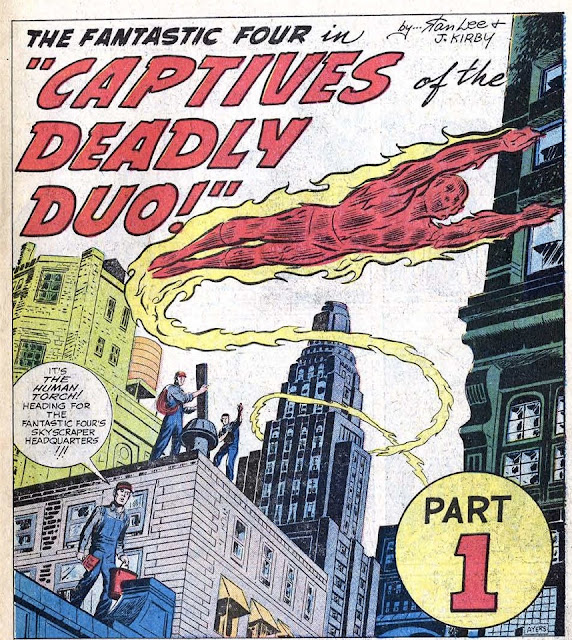 While the later teaming of the Sub-Mariner and Dr. Doom in SUPER-VILLAIN TEAM-UP never made a lick of sense to me except from a marketing viewpoint, this early connection was perfectly logical as it immediately followed their individual encounters with our still new heroes. A lovely opener above although it's clear Kirby hasn't quite achieved what he wants with the Human Torch. Note the signatures still appearing as in the monster mags and inker Ayers slipping his in bottom right. 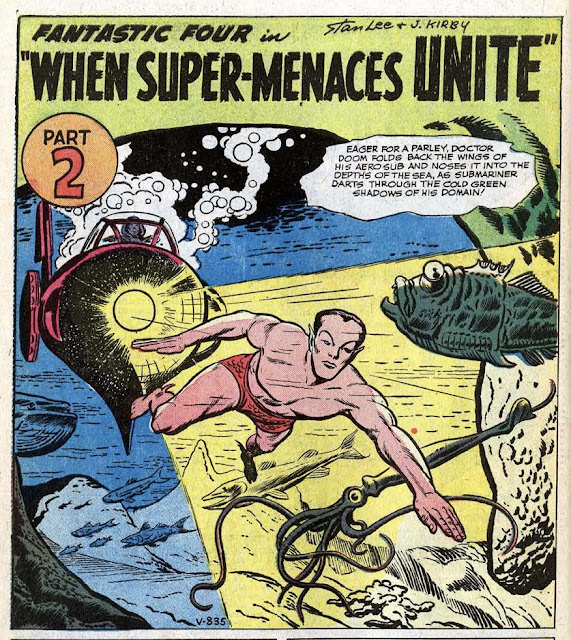 I've never heard an explanation as to why Prince Namor had orange trunks in this outing. Wish I had thought to ask colorist Stan G. when I interviewed him years later. Still, a truly beautiful splash. 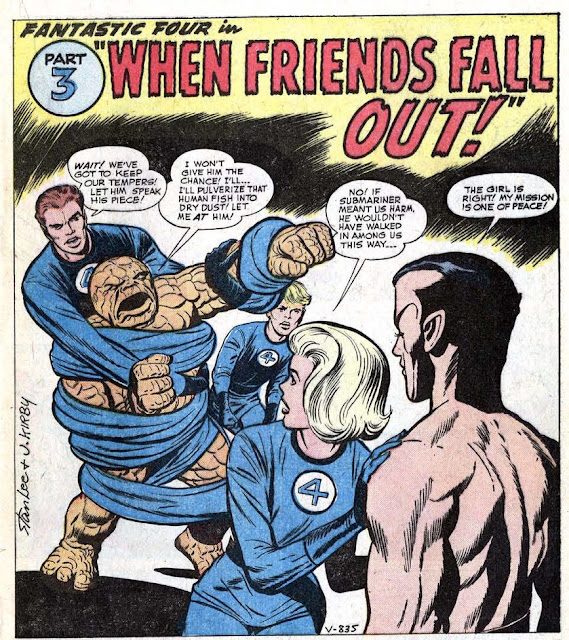 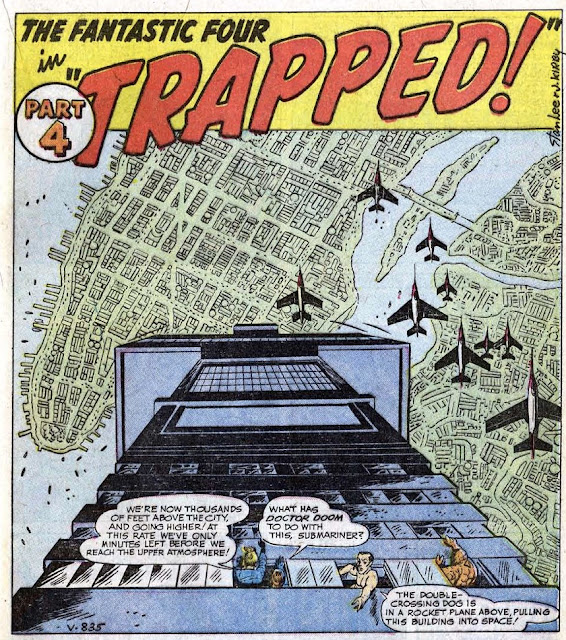 Yes, the story was goofy as all get out with Namor...in SPAAAACE! But exciting as heck if you discovered it at the right age! It was oddly later remade as part of the SUB-MARINER TV cartoon series without the FF, even though excerpts from the FF's wedding story (where this was reprinted) were added on including the first ever animated appearance of the X-Men! 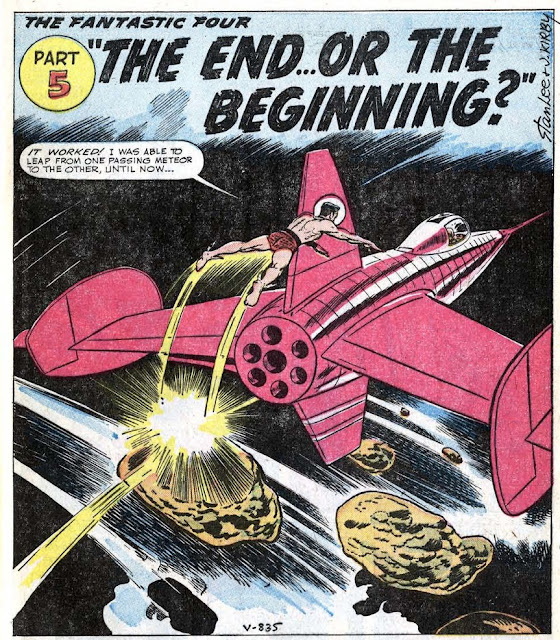 Posted by Booksteve at 6:38 PM