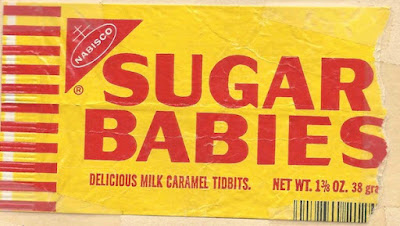 In 1983, at the age of 24, I accompanied my father to a burlesque show. Well...sort of. Broadway hit SUGAR BABIES was touring with its original stars, Mickey Rooney (in what was clearly a triumphant highlight of his later years) and another classic Hollywood musical star, Ann Miller. Ann dropped out on tour, to be replaced by Carol Lawrence, and actress I had never really cared for but whom I adored in this! Amidst the pretty girls, the great juggler (Michael Davis whom I spoke to via email recently), the classic comics (Milton Frome and Mickey Deems--familiar to me from TV--among them) and the old, old jokes, at one point the cast threw Sugar Babies candy out into the audience. Since we had very good second row seats, Mickey just looked right at me and said, "Here ya go, kid" and then tossed it right to me underhanded. I ate them, but as you can see kept the wrapper as a souvenir. 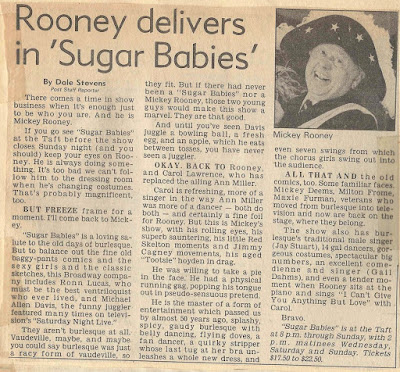 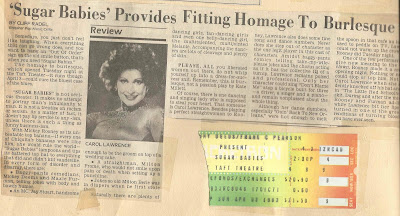 Posted by Booksteve at 6:13 PM