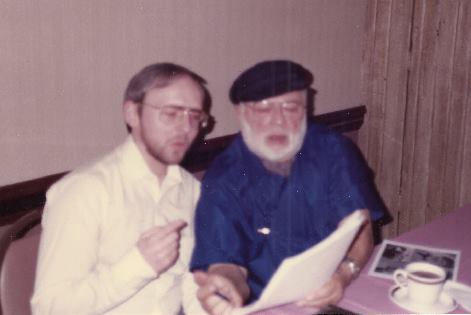 Above you see myself in 1992 going over a script of THE ALDRICH FAMILY with actor/director/humanitarian Ezra Stone, the original Henry Aldrich on stage and radio. THE ALDRICH FAMILY was one of the very first sitcoms as we know them today, although it was based on a stage play called WHAT A LIFE! and premiered over the air as a "serial skit" on THE KATE SMITH HOUR. Its success there earned it a run as Jack Benny's summer replacement and the show ran for more than a decade. Ezra left it a couple of times, once for military duty where he and Irving Berlin famously clashed while staging the legendary musical THIS IS THE ARMY, which young Stone--a protégé of Broadway legend George Abbott, directed. Ezra would go on to spend his later years directing sitcoms (THE MUNSTERS, DIANA) and hour long TV shows (LOST IN SPACE) before retiring to run his historical and charitable foundations and revisit his old friend Henry on the nostalgia circuit. 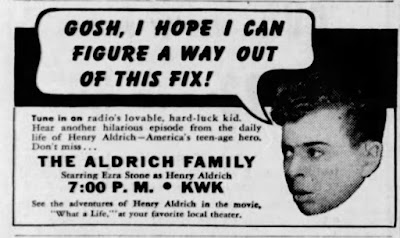 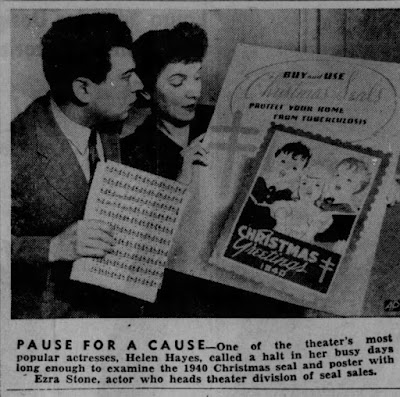 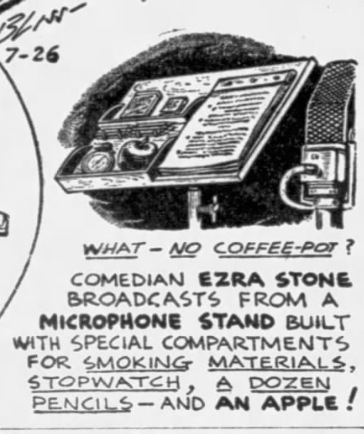